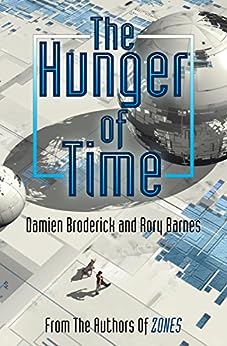 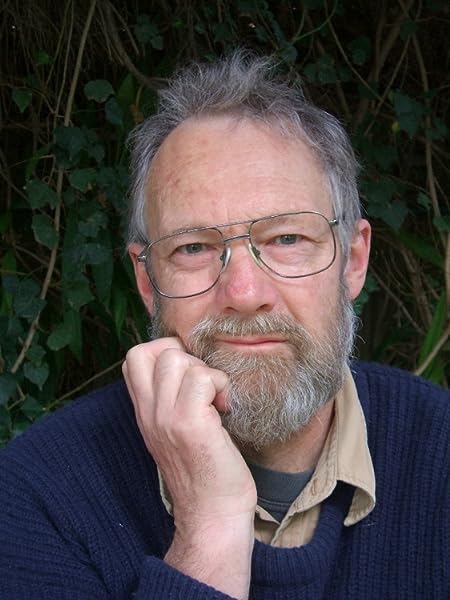 The Hunger of Time Kindle Edition

Damien Broderick is Australia’s dean of science fiction, with a body of extraordinary work reaching back to the early 1960s. The White Abacus won two Year’s Best awards. His stories and novels, like those of his younger peer Greg Egan, are drenched with bleeding-edge ideas. Distinctively, he blends ideas and poetry like nobody since Roger Zelazny, and a wild, silly humor is always ready to bubble out, as in the cosmic comedy Striped Holes. His award-winning novel The Dreaming Dragons is featured in David Pringle’s SF: The 100 Best Novels, and was chosen as year’s best by Kingsley Amis. It was revised and updated as The Dreaming. In 1982 Broderick’s early cyberpunk novel The Judas Mandala coined the term virtual reality. His recent novels include the diptych Godplayers and K-Machines, Post Mortal Syndrome (with his wife, Barbara Lamar), and several collaborations with Rory Barnes: I’m Dying Here, Human’s Burden, and The Valley of the God of Our Choice, Inc. Like one of his heroes, Sir Arthur C. Clarke, Broderick is a master of writing about radical new technologies, and The Spike and The Last Mortal Generation have been Australian popular-science bestsellers. His long novella, “Quicken,” is the second half of the novel Beyond the Doors of Death, cowritten with Grand Master Robert Silverberg (an expansion of Silverberg’s “Born with the Dead”), and is the closing story in Gardner Dozois’s The Year’s Best Science Fiction: Thirtieth Annual Collection. In 2005 Broderick received the Distinguished Scholarship Award of the International Association for the Fantastic in the Arts.

Rory Barnes is the author of ten novels for both adults and teenagers, five of which have been written in collaboration with Damien Broderick. His website is members.optusnet.com.au/~rory.barnes.
--This text refers to an alternate kindle_edition edition.

2.6 out of 5 stars
2.6 out of 5
3 global ratings
How are ratings calculated?
To calculate the overall star rating and percentage breakdown by star, we don’t use a simple average. Instead, our system considers things like how recent a review is and if the reviewer bought the item on Amazon. It also analyzes reviews to verify trustworthiness.
Top reviews

Paul Atreides
1.0 out of 5 stars I stopped my time machine at 39% read
Reviewed in the United States on July 26, 2017
Verified Purchase
Better to reread HG Wells "The Time Macine" for the 18th time than waste your time on this piece of garbage. Pretentious to the extreme: "I felt as much part of the scene as a trochee in an anapest". I didn't care if any of the characters lived or died, although I had a preference. The two snarky sisters made me think that perhaps the book was written by a female. The male characters were cardboard cutouts. I liked the dog. There is a lot of Sci-Fi babble that appears to come from a town moron who just discovered a stash of crack cocaine. Experimental writing? How about excremental.
Read more
Helpful
Report abuse

Public Name
5.0 out of 5 stars Only snark can convey my admiration for the wonderful flaws
Reviewed in the United States on June 10, 2017
Olaf Stapleton rather than Poul Anderson deserves the credit for the sense of wonder John W Campbell would of loved it, demanded a dozen rewrites and much improved it. Any author who references T Technicolor Time Machine has almost done due diligence but the skewed the mantra just slightly. Sure all that semiotic deconstruction and reconstruction is fun at first but it ends in years and a president Trump.
Read more
Helpful
Report abuse

BazBooklover
4.0 out of 5 stars Exponential Storytelling
Reviewed in the United States on December 8, 2004
An extended, more adult version of Young Adult novel "Stuck in Fast Forward" (1999), Damien Broderick, famous for his book "The Spike", continues with the theory of the Singularity with fellow author Rory Barnes.

Natalie's dad has built a time machine, which can hurtle his family forward in time exponentially, first intended to escape a plague. THey arrive one year later, with Natalie's left-behind sister Suzannah, now a survivalist trying to keep away from the Quarantine Police "known as the Pox Cops", she rejoins the family and they jump forward again, now 15 years later into the future, then over 200 years in the future, then 3000 years, 50000 years and so on and so forth. As they continue technology grows more powerful, warping the world around it, creating an environment weirder and weirder. The problem is that eventually the universe is said to collapse or end eventually, and to find out what happens to Natalie and her family and reality then, you'll just have to keep reading.
Read more
3 people found this helpful
Helpful
Report abuse
See all reviews
Back to top
Get to Know Us
Make Money with Us
Amazon Payment Products
Let Us Help You
EnglishChoose a language for shopping. United StatesChoose a country/region for shopping.
© 1996-2021, Amazon.com, Inc. or its affiliates