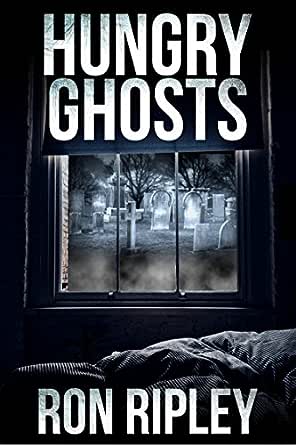 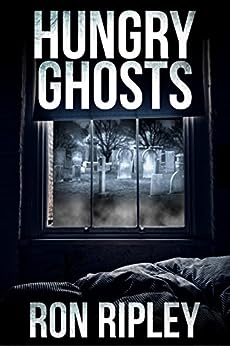 "That was an awesome start to another great series! I love all your books and haven't been disappointed in them, not once. Can't wait for the next book in this series to come out!"- Tammy R.
"If you like a good ghost story with a bit of mystery, you will love Ripley's new series. He has brought to life new characters that you get attached to and worry for their outcome. A must read." - Reader

"Another amazing book to read! Ron Ripley never disappoints you!" - Beverly S.
"Can't wait for the next one. Let's kill some more ghosts." - Paiger
"Ron Ripley never fails to deliver, and this book is no exception. Having read a plethora of this author's stories, I thought I knew what to expect. I didn't. This book is so good you will probably read it in one sitting." - Jeanne P.
"Ron Ripley writes the best scary stories. This new series is starting off with a great beginning middle and an ending that isn't one. Can't wait for the next book. Please don't stop writing." - Brenda T.
"Ron Ripley knows how to captivate a reader. I spent all night on this book. What a great story and it definitely leaves you wanting more! Can we have more. I would be shocked to find one reader who didn't enjoy. I most certainly did. READ IT!" - Maureen

"I'm ready for the hunt. This should be a good series. Maybe Conner will meet Shane some day. I like that he is terrified and admits it. I would be too." - Reader

"Another excellent book by THE MASTER of Horror/ghost/paranormal! This book pulls you in and keeps you reading. Ron Ripley couldn't put out a bad book if he was given instructions. Cemeteries, ghost dog guardians, evil oriental shape shifters, and ravenously hungry ghosts! Plus a special guy that doesn't even know how or why he's special, but he will soon. A must read book, as ALL Ron Ripley books are!" - Reader

Connor Mann sat on his bed and looked out the window at the cemetery.

Pale moonlight drifted down through a heavy bank of clouds to illuminate the gravestones scattered throughout Pine Grove Cemetery. The headstones, new and old, had a devilish gleam to them, as if the dead lurked in the markers rather than beneath them.

Connor hated the cemetery, and he had for as long as he could remember.

As he looked out through the open window and past the screen, a shape caught his eye. A small creature moved from headstone to headstone, head down, nose to the ground. Connor squinted as the animal moved into a shaft of moonlight and gasped at the sight of a silver fox.

It took him only a moment to realize that the fox wasn't silver, but a ghost. The light of the moon as it reflected off a tall headstone caused the curious color of the fox's fur.

Horrified, Connor watched as the fox's lips curled up to reveal long, jagged teeth. A tongue, black and worm-like, snaked out of its mouth and glided across the stretched lips.

Connor screamed, tried to wrench the blanket over his head, and tumbled out of bed.

In less than a minute, the light in his room snapped on, and Connor heard the gentle tread of his mother as she came to him. He wiped tears out of his eyes as she removed the blanket and helped him back into bed.

"Connor," she whispered, brushing his hair out of his eyes. "What's wrong, sweetheart?"

Connor's breath hitched in his throat as he tried to speak and his mother's hand went to his back, rubbing it slowly.

Connor did as he was told, and then he reported to his mother what he had seen.

She nodded as he spoke, pausing the back rub to tuck her long black hair behind her ears. Her thin face wore a broad smile, love and care filled her eyes.

When Connor had finished with his story, his mother looked out the window, a frown wrinkling the smooth, pale skin of her brow.

"I've asked your father to fix the shades in your room for about three years now," she muttered. "The only thing he can be bothered to do though is get himself a pitcher of beer at the social club."

Connor had heard this complaint before, and he kept silent. There were many repairs and projects that needed his father's attention. Few, if any of them, would ever get done. His father was more concerned with beer than anything else.

"Well," Connor's mother said, looking out the window, "I'm sorry you saw something frightening out there, honey. I don't think it was a fox. You probably just saw a dog. We're too far in the city for foxes to be popping up. Even in a cemetery as big as Pine Grove."

She turned to face him again.

"Now," she said, "here's the deal. You go back to bed without looking out the window again, and tomorrow, as part of your birthday present, we can pick out some new curtains. Something to cover this window a little better. Deal?"

"Deal," Connor said, grinning as he shook his mother's hand.

She stood up, helped him lie back down, and covered him with the sheet and blanket. His mother leaned forward, kissed him on the forehead and said, "Now go back to sleep, my birthday boy. Just a couple more hours and it will be time to get up, and the birthday celebrations can begin!"

Connor smiled, turned his back to the window, and watched his mother leave the room.

She paused in the doorway, blew him a kiss, and turned out the light.

In the darkness, Connor's eyes grew heavy, and as he was closing them, he heard a sound, like the clicking of small claws on the asphalt. He yawned, sank deeper towards sleep, and wondered what dog was out so late at night.