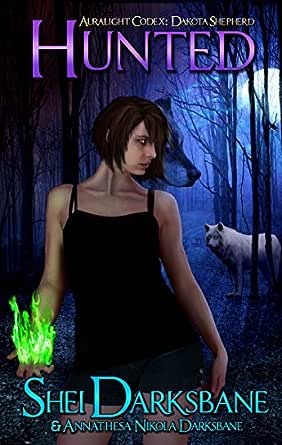 You've subscribed to Auralight Codex-Dakota Shepherd! We will preorder your items within 24 hours of when they become available. When new books are released, we'll charge your default payment method for the lowest price available during the pre-order period.
Update your device or payment method, cancel individual pre-orders or your subscription at
Your Memberships & Subscriptions
There was an error. We were unable to process your subscription due to an error. Please refresh and try again. 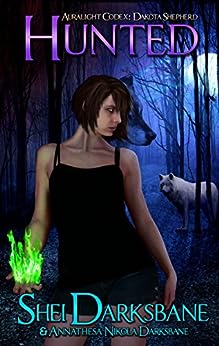 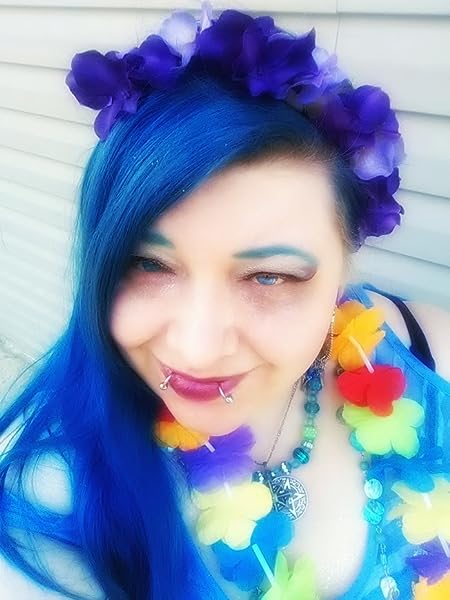 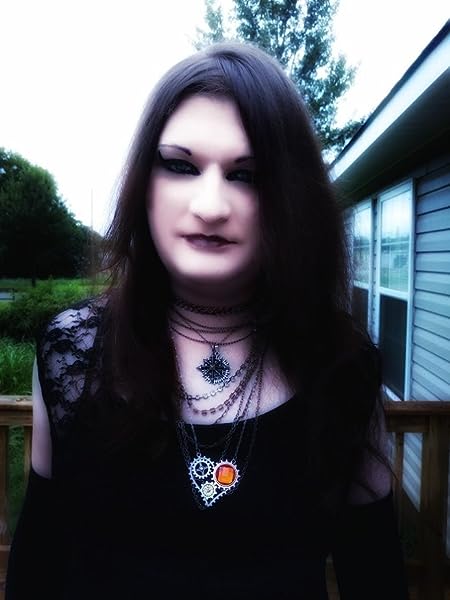 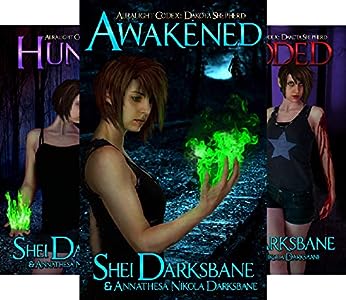 Shei Darksbane is a geeky, pansexual bluenette with a passion for writing stories that keep her fans smiling so hard they can't put them down! She's a jack-of-all-trades with 1-2 skill points in dozens of random crafts, but mostly loves writing, digital arts, and singing! Writing comes naturally to Shei as an outlet for her overactive imagination and the endless supply of characters and stories constantly badgering her for some screen time. Nothing makes her happier than when a fan reports they've found themselves in a character or tells her their OTP for Dakota!
Shei could claim many labels, but she'd rather be known as a lover of life, culture, and humanity who wishes everyone could simply accept each other and love the diversity of the world. Her biggest goal as an author is to represent of all kinds of people across every spectrum and portray them as they are in real life: human, just like everyone else. Shei would love all her readers to find themselves in her characters and feel accepted.
Find Shei on Facebook, Patreon, and DarksbaneBooks.com and sign up for the newsletter to keep in touch. She would love to hear from you about absolutely anything you'd like to share, ask, or suggest. She adores interacting with her fans and does her best to respond to every single message, email, and post. Thank you for your support! Now go grab Awakened and get started! You won't regret it!

Imraendal Vega
3.0 out of 5 stars The good, the great, and the not-so-great
Reviewed in the United States on October 28, 2015
Verified Purchase
Aside from one major fight sequence, this was a relatively uneventful book. It felt like the story ended in largely the same place it began, with one notable exception: the love triangle. To me, that was the weakest part of the first book and I really wanted that to work itself out quickly. It did, sort of, but not in the way I thought it would. Or in any way I could even remotely relate to. It's kind of more of a love...square...at this point. Or a really long line? And it looks like there may be prep-work to turn it into a pentagon. Or possibly an even longer line. I don't know. There's some kind of geometry involved.

We didn't get significantly more world-building here, but there were a few nice touches. Several characters and relationships were fleshed out a bit, a new potential conflict or three were introduced, pack dynamics were expanded upon (loved all of the pack stuff!), and a number of people are going to see large increases in their auto insurance deductibles. There were also a lot more quips and quirky references, some of which made me laugh out loud.

Not everything was perfect, though:

• While Nita's character didn't get much time, she felt really inconsistent when she did show up, as if the authors weren't sure who she was when she wasn't being dour; her 'friendly' persona was very generic and seemed to pop up out of nowhere, which didn't feel earned.

• There was a continuity issue. It's not the hugest thing in the world, but the first book demonstrated how hellfire worked, explaining in detail (and with visual examples) that it just keeps burning until you call it back. So why was Dakota just shooting it into the sky, at moving objects, stationary objects, sometimes hitting, sometimes missing, and pretty much never calling it back? Tennessee should be a big green ball of flames right now. Green-burny-lands.

• Also, if they're going to take the romantic situation in the direction this book indicates, I'd like to see how the characters deal with some of the very specific issues that seem almost inevitable. I don't need to see it fail, but I need to see an explanation for how it can possibly succeed. I just didn't get that here, and it's going to be hard for me to go much farther in the series if those questions remain unanswered.

• It'd also help me tremendously if Amorie were more likable. Probably a big ask, but I really don't like her. Seriously. No me gusta. That can't be ideal. I mean, I'm an Anne-Rice-reading lesbian that's been dressing like a vampire for years, so I'm kinda the target demographic. I played the tabletop version of Vampire: the Masquerade, for crying out loud. I should love this character. Don't.

All in all, it's worth the read, but I didn't think it was quite as strong as the first book. I gave that one 4.25 stars. This one comes in at a flat 3 for me.
Read more
5 people found this helpful
Helpful
Comment Report abuse

Amber
5.0 out of 5 stars Great LGBT supernatural book
Reviewed in the United States on December 21, 2015
Verified Purchase
I really enjoyed Hunted. The pack dynamic was well done and the geeky references were hilarious. Dakota's character development is coming along and she is not so much of a little girl. I am a fan of the romance between Dakota and Amorie. Not so much of the love triangle. Just because they are both wolves does not mean they automatically should be together. Just my 2 cents. I kind of wish Amorie would take charge more and show her more dominant side. My only real complaints were the book was a bit slow and PG-13 at times. Looking looking forward to book 3, hoping it will be a darker and more fast paced.
Read more
Helpful
Comment Report abuse

Amazon Customer
4.0 out of 5 stars Fun
Reviewed in the United States on December 2, 2016
Verified Purchase
Another fun read. The series reads quickly but enjoyably. There's enough reality to set the scene and enough fantasy to keep you happy. Looking forward with much anticipation to any future additions to the series.
Read more
Helpful
Comment Report abuse

smileytere
5.0 out of 5 stars LOVED IT and now I want book 3 to hurry up!
Reviewed in the United States on October 15, 2015
Verified Purchase
Excellent continuation bring on book 3! I can't wait to see what lies ahead for Dakota! I'm absolutely in love with the world that the authors have created. I was not disappointed and was simply left with wanting more!
Read more
Helpful
Comment Report abuse

radargrl
5.0 out of 5 stars Must Read
Reviewed in the United States on September 14, 2016
Verified Purchase
Much more story than book one. Action galore, great characters...werewolves and vampires. Just a great read and a wonderful story. Pack details are marvelous.
Read more
Helpful
Comment Report abuse

Yokami
3.0 out of 5 stars Sweet, but slow
Reviewed in the United States on August 16, 2015
Verified Purchase
Don't be fooled by the three stars; I really enjoyed this chunk of the series. I am definitely going to buy the next part. The three stars is because of the pacing. It. Is. SLOW. By the end I felt like I had read two chapters. The series feels like it's being broken up into chapters rather than books. Some problems were resolved, but by the end there isn't much we can look back on.
Read more
5 people found this helpful
Helpful
Comment Report abuse

joanne
5.0 out of 5 stars great book
Reviewed in the United States on October 7, 2015
Verified Purchase
Another great book, please keep them coming because the are terrific. Can hardly wait for the next book.thanks
Read more
Helpful
Comment Report abuse
See all reviews