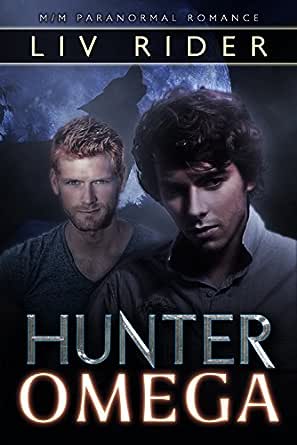 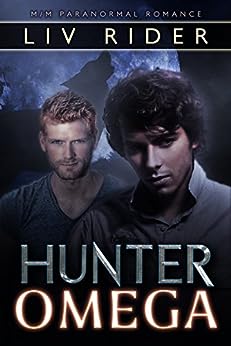 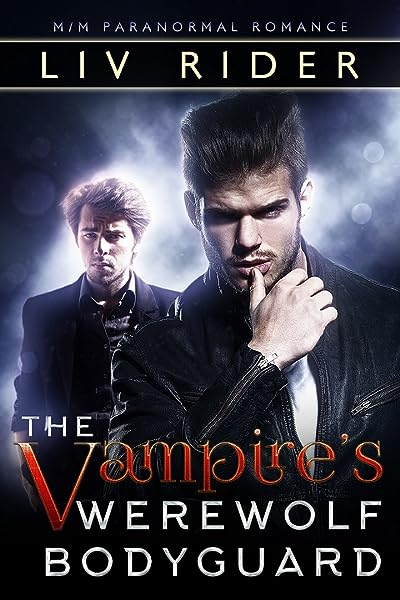 4.0 out of 5 stars
4 out of 5
23 customer ratings
How does Amazon calculate star ratings?
Amazon calculates a product’s star ratings based on a machine learned model instead of a raw data average. The model takes into account factors including the age of a rating, whether the ratings are from verified purchasers, and factors that establish reviewer trustworthiness.
Top reviews

Sierra
4.0 out of 5 stars Supernatural meets second chance story
Reviewed in the United States on April 8, 2017
Verified Purchase
This was somewhere between a "like" and a "really like" for me. One thing I really liked was the Supernatural-hunter vibe--I love the whole mindset and paraphernalia of dealing with the evils of the supernatural. For those who like those stories there is also the stalker angle, the ex who smothered you during the relationship and won't let go afterwards. The werewolf part itself was pretty much standard fare. The alpha/omega dynamic was NOT an mpreg story but included many of the usual physical components. Front and center is the second chances story of Riley and Seth. Riley chose to let Seth slip away rather than reveal his werewolf nature to him. They kept in touch but Seth has let the contact lapse during the hunt for the evil/stalker werewolf Caleb. There are plenty of episodes of action and drama to keep the story moving along a a quick pace. I liked that Seth had to choose Riley, and all that that meant, all over again. It really made their relationship more solid to me and was a great plot device. I have consistently liked Liv's stuff and wasn't disappointed here.
Read more
Helpful
Comment Report abuse

Lorraine, New Zealand
3.0 out of 5 stars Good story
Reviewed in the United States on April 27, 2017
Verified Purchase
Interesting read. Seth and Riley 's thoughts, personalities, speech was so much alike that I often got confused as to who the text was referring to. Still, the story had a good plot.
Read more
One person found this helpful
Helpful
Comment Report abuse

Scarolet Ellis
5.0 out of 5 stars I LOVED THIS BOOK.
Reviewed in the United States on April 20, 2017
Verified Purchase
I LOVED THIS BOOK AND HIGHLY RECOMMEND THEM TO EVERYONE.
Read more
Helpful
Comment Report abuse

I'm going to be honest here: I only wanted to read this book because I was promised knotting.

I got knotting... and that's pretty much all I can say about this one.

No, that's not true, I can say more, if I have to. I read A LOT of paranormal books, and shifters are no big thang for me. I love a good shifter story, and it's the only genre where I'll accept an insta-lovey kind of romance.

Hunter Omega isn't instalove, but more like a friends-to-lovers story where there is a past between the two guys. I'm never a big fan of stories where a lot of the relationship development takes place in the past before we meet the two MCs in the story, and that's the type of situation we have here. There isn't much relationship building, and the jump from simple attraction to omg-i-can't-live-without-you was just too sudden and misplaced for me.

I read a lot of romance, and I'm the first to admit that I'm PICKY. If you are giving me a paranormal world, you really have to wow me. I felt very "meh" about the world-building here, and I found the thriller aspect to be a little too cartoonish.

The sex was pretty bland, which is a shame because it's hard to find a great knotting story. I mean, knotting should be SMOKING hot, if you are including it at all. I was also wondering how the F/F couple bonded without the knotting because it seemed sort of important in the process.

Not a bad story, in fact, but this picky reader has read better. Still, I'd read this author again in the future because there were some good tidbits there and the story flowed easily.

Alina Hart
5.0 out of 5 stars This needs to be a Series!
Reviewed in the United States on March 20, 2017
I've noticed lately that I haven't been much into werewolf stories for some reason, but 'Hunter Omega' renewed my interest. I loved the dynamic between the two main characters and found myself immersed in their world and pack. I was really intrigued by the many pack members, we were introduced to, but I do feel like we needed more explanation on how their world worked. I'm hoping that this will be a series, even if only another book or two to get a chance to dive even more into this pack, and the characters in this novel, as I feel this book had only touched the surface. I felt a little unsatisfied, but still wound up enjoying this book and would recommend.
I received a copy of this book in return for an honest review.
Read more
One person found this helpful
Helpful
Comment Report abuse

Shawn C
5.0 out of 5 stars Nice sweet story
Reviewed in the United States on March 27, 2020
Is it weird that the alphas name is Riley? It seemed a little too feminine for me but overall it was sweet. Riley is an Alpha werewolf who has been in love with Seth since forever. Seth has loved Riley but due to chasing down a werewolf who wants to mate with him he meets Riley again. Riley regretted not kissing Seth that night and over a course of 4 days they already say I love you to each other. It was just ok for me
Read more
Helpful
Comment Report abuse

IMHO
2.0 out of 5 stars Tiring werewolf trope
Reviewed in the United States on May 2, 2018
The whole story is cliche. Nothing that has not been told many times in mm Wolf shifter romance. The characters were so stereotype , the tiring alpha omega mating thing. This can be overlooked as what else do we expect in werewolves mm romance but the plot could have been more original! Even the knottiing in the last scene was there just for the sake of it. No mention of mmpreg or maybe that was implied ? After angel’s fall this one is disappointing.
Read more
One person found this helpful
Helpful
Comment Report abuse

A. K. Barker
4.0 out of 5 stars Hunter Omega
Reviewed in the United States on March 21, 2017
I liked Riley and Seth together. I like the connection they have through their friendship, it makes the mate part a bit easier to believe without it feeling too much like insta-love.

I wish there had been a bit more explanation on some of the pack structure. I really wish there was more about Jasper, I could quite get a feel for him in the dynamics of the pack (though maybe I'll get lucky and he'll get his own book later).

I'm really hoping we'll see more books set in this world, I think there is lots of room for more stories!

I voluntarily reviewed an Advance Reader Copy of this book.
Read more
Helpful
Comment Report abuse
See all reviews from the United States

Spacix
4.0 out of 5 stars Werewolves and hunters; old but interesting
Reviewed in Canada on April 26, 2017
Verified Purchase
A sweet story that manages to work on taking the pain of a past relationship and working it towards a hopeful future.

Seth has had a rough year, starting with a relationship that became controlling and abusive, and spiralling when that relationship turned out to be with a werewolf hellbent on changing and controlling him. Seth survived an attack and has since been hunting his ex down. When he ends up in his old hometown, meeting up with his childhood crush, he worries he is too changed and broken. Riley, Seth's crush, is thrilled at Seth's return but trying to figure out how to tell Seth that he's a werewolf. The two worlds quickly collide.

Seth is struggling to adapt to a major life change. Since it has been an encounter with the supernatural, he didn't exactly have great resources. Cops and paramedics thought he was just an exhausted college student who saw things. The only person who did believe him, a hunter, taught him that werewolves were monsters that only lead to death. He can be forgiven for thinking that all weres are monsters, what with his own attack and the teaching he received. Watching him find out about Riley is sad but understandable. He is very relatable as he has his life go through yet another change, trying to make up his mind as he learns new information.

Riley ha s always tried to protect Seth. This continues when Seth comes back into town, trying to keep him from the rogue. It also keeps him from seeing that Seth could handle more, and that Seth could be involved. He has to rework his own life image, though his is so hopeful that now Seth can truly be with him. Letting Seth make his own decisions while having all available information is hard on him, but he wants that for Seth, and it makes them a good match.

The story is sweet and I would love if there was ever a follow up in this world. A really fascinating idea was set forth near the end of the story and I would love to see that continued. Otherwise, this was an interesting werewolf story with a couple I really eenjoyed
Read more
Helpful
Sending feedback...
Thank you for your feedback.
Sorry, we failed to record your vote. Please try again
Report abuse