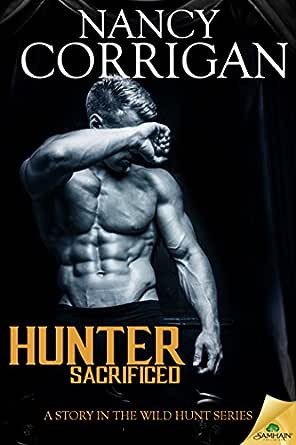 This title is not currently available for purchase
You've subscribed to Wild Hunt! We will preorder your items within 24 hours of when they become available. When new books are released, we'll charge your default payment method for the lowest price available during the pre-order period.
Update your device or payment method, cancel individual pre-orders or your subscription at
Your Memberships & Subscriptions
There was an error. We were unable to process your subscription due to an error. Please refresh and try again.
Share <Embed> 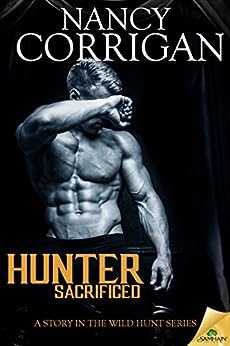 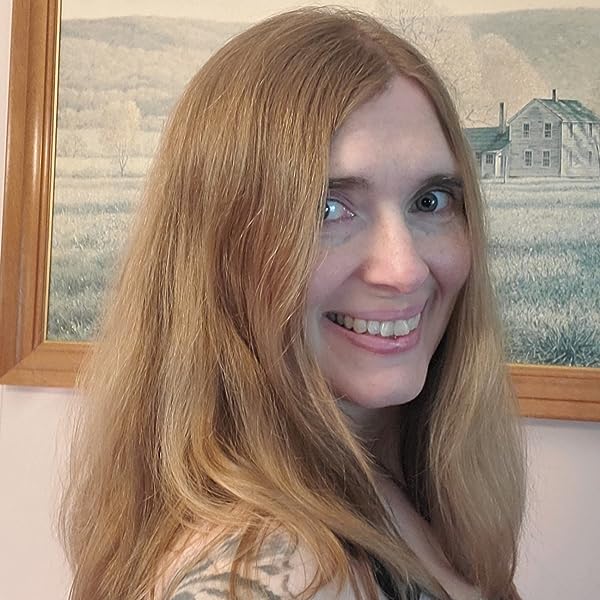 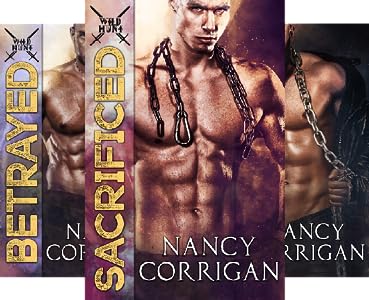 Visit Nancy's website -- copy and paste this URL into your browser: nancycorriganauthor.com/home.html

Get Nancy's newsletter -- copy and paste this link into your browser: newsletter.NancyCorriganAuthor.com

In the game of good vs. evil, no sacrifice is too great. But when Arawn, Lord of the Underworld, is challenged, he unleashes... Hell.

Hunter Sacrificed Copyright © 2015 by Nancy Corrigan All Rights Are Reserved.
Chapter One
Screams reverberated inside Arawn's head. He knew the story behind each one, had shared in their agony and had experienced their deaths. All had been avenged. None would be forgotten. It was his gift and a reminder of why he oversaw the punishment of the corrupt. Or so the Triad had told him the day he was chosen as the Lord of the Underworld.
The day he was sacrificed.
Damned and forgotten.
Hands clenched, he strode across the balcony of his fortress. At the railing, he stopped and swept his gaze over his realm. The endless barren landscape offered little in the way of scenery or comfort. It wasn't meant to give any.
The unfortunate beings who found themselves on the desolate plains stayed only long enough to be judged before moving to the lower sections of Hell, where they faced their eternal punishment. The nine shimmering portals dotting the horizon provided access to each level. He studied the barriers, looking for any additional signs of deterioration. All remained secured. He nodded, pleased that his efforts to mend them had found some measure of success. The horrors and inhabitants contained within the Underworld could not be released, not ever again.
The demon sentinels who guarded the gateways understood the dangers and the penalties if they failed in their role. Arawn had made sure of it, and those who obeyed his command were richly rewarded. Few offered him their allegiance, however. They were demons after all, and he was a god.
Revered, envied, feared and...
Blessed.
Arawn cracked his jaw. The knowledge that he was the Triad's favored servant, the one chosen to act as its hand in the never-ending battle against evil, didn't comfort him or make his endless existence worthwhile. Only one thing did... One person, actually.
Minerva.
Silver hair and eyes, the face an angel and the body of a succubus--she was beautiful. As a goddess of love, she would be. He craved her touch, savored her every kiss and found heaven each time he joined their bodies.
He closed his eyes and conjured her face, allowing the wonder she bestowed upon him to seize him. The screeches and moans echoing within him faded to murmurs. He sighed in relief. Peace filled him. Fleeting, yes. The second her image slipped from the forefront of his mind, the endless anguish he experienced would return.
He treasured the moment. It would have to last. What he planned would take his personal heaven from him, at least for a little while.
I have no other choice. My wrong must be righted.
The truth didn't erase the sin he would soon commit, nor did it justify his past actions. It was all he had to give his mate, however.
It wasn't enough. Nothing was.
On a weary exhale, he opened his eyes, letting Minerva's image scatter, lost to his memory. The endless expanse of the Underworld greeted him. The shrieks and pleas of victims returned, ten times worse than they had gripped him before. Dots spread over his vision, and the pressure behind his eyes built. He breathed through the sensation until the dizziness passed. One more deep inhale, and he steadied himself, pushing back the weakness only Minerva knew about.
He turned his back on the domain he'd been tasked to oversee and made his way inside, each step slower than the last. Choices, past and present, weighed him down. They couldn't be ignored, however. He'd picked his path, and the consequences of his decision were inescapable.
At his office, he straightened his spine, then flung the door open.
Lucas, the Demon King, stood with his hands clasped behind his back and his gaze on Minerva's portrait. He glanced over his shoulder. His plain brown eyes held curiosity. "You summoned me?"
Arawn shut the door behind him. "I am leaving the Underworld, and I want you to maintain my rule while I'm gone."
Download Hunter Sacrificed to continue reading.

A little about Nancy...
A true romantic at heart, Nancy Corrigan is convinced there's a knight in shining armor for every woman (or man), but you won't find damsels in distress in her stories. She adores pairing alpha heroes with women strong enough to match them and bring them to their knees. She also enjoys flipping the traditional roles in romances because her motto is--love and people should never be forced to conform to anyone's norm.

She holds a degree in chemistry and has worked in research but now focuses on ensuring quality. She considers it the perfect outlet for her as she's the first to admit she has some OCD tendencies. It carries over into her writing life too. While engrossed in a novel, she has a habit of forgetting to eat and sleep. Fortunately, she's married to her own knight in shining armor who understands her oddities and loves her anyway. They reside in Pennsylvania with their three children, dog, snake and guinea pigs. Her other interests include tattoos, animals, classic cars and all things spooky and sexy.