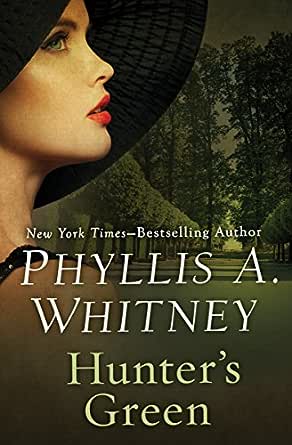 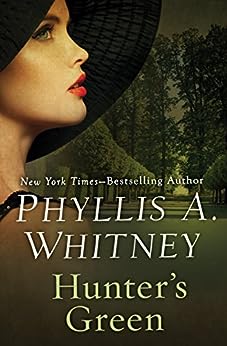 “Phyllis Whitney is, and always will be, the Grand Master of her craft.” —Barbara Michaels

“[Whitney’s] suspense is tighter, neater, better than ever.” —Kirkus Reviews on The Ebony Swan

Born in Yokohama, Japan, on September 9, 1903, Phyllis A. Whitney was a prolific author of award-winning adult and children’s fiction. Her sixty-year writing career and the publication of seventy-six books, which together sold over fifty million copies worldwide, established her as one of the most successful mystery and romantic suspense writers of the twentieth century and earned her the title “The Queen of the American Gothics.”

Whitney resided in several places, including New Jersey. She traveled to every location mentioned in her books in order to better depict the settings of her stories. She earned the Mystery Writers of America Grand Master award in 1988, the Agatha in 1990, and the lifetime achievement award from the Society of Midland Authors in 1995. Whitney was working on her autobiography at the time of her passing at the age of 104.

4.2 out of 5 stars
4.2 out of 5
102 global ratings
How are ratings calculated?
To calculate the overall star rating and percentage breakdown by star, we don’t use a simple average. Instead, our system considers things like how recent a review is and if the reviewer bought the item on Amazon. It also analyzes reviews to verify trustworthiness.

Johanna
3.0 out of 5 stars Always the same story, but interesting settings
Reviewed in the United States on June 8, 2020
Verified Purchase
This was the first PW I had read and liked it just fine. the writing is excellent, the settings as important as a main character, thoroughly portrayed and very intriguing. But! after reading three more of PWs books, The plot is the same in every one! Stubborn heroine has an urge to find, prove or identify herself, is met by several obstacles then everyone lies, the villains and heros swap roles a few times...and voila! She survives.
Same story. What, 87 books?
The literacy is refreshing, the well educated references so soothing after 21st century kindle writers, who seem to have been educated only by writers' workshops...that I do recommend her.. One story just every so often.
Read more
5 people found this helpful
Helpful
Comment Report abuse

Charl8
4.0 out of 5 stars Good gothic
Reviewed in the United States on September 30, 2017
Verified Purchase
I wanted to smack Eve in the beginning, and the story starts a little slow, but after the first chapter or so, it gets much better! And Eve improves. Keep reading, it is worth it. I am a Phyllis Whitney fan, I read many of her book years ago.
Read more
15 people found this helpful
Helpful
Comment Report abuse

Kindle Customer
2.0 out of 5 stars Convoluted
Reviewed in the United States on June 12, 2018
Verified Purchase
Usually I like her books, I am rereading them about thirty years after I first read them. This one is probably the worst. I didn't believe in the characters and the plot which you find in the last chapter was so convoluted it borders on stupid.
Read more
5 people found this helpful
Helpful
Comment Report abuse

PettyDon2578
5.0 out of 5 stars Excellent Story!
Reviewed in the United States on June 29, 2018
Verified Purchase
Read this book years ago! Found the ebook in the Kindle ebook story. This brought back many memories of dating my husband while we were in high school and I was reading Phyllis Whitney and other mystery/ romance novels for the first time.
Amazing this book is still as good as I remember! The technology has changed over 40+ years, but the characters remain fresh. The tension mounts to a surprising finish!
Excellent story!
Read more
5 people found this helpful
Helpful
Comment Report abuse

Faith N. Barry
5.0 out of 5 stars A great writer!
Reviewed in the United States on August 8, 2017
Verified Purchase
I read this book back in the early 1970's. Liked and remembered it so much that I bought it to read again. She really developed the characters and plot. I was only sad that it ended so soon.
Read more
7 people found this helpful
Helpful
Comment Report abuse

Carol Eggleston
5.0 out of 5 stars Mystery murder and suspence.
Reviewed in the United States on August 28, 2020
Verified Purchase
Love this book. A who done it with many twists and turns. Never a dull moment. Always love the history she puts in to each story. Would recommend this book to all lovers of mysteries.
Read more
One person found this helpful
Helpful
Comment Report abuse

Natalie Grenfell
5.0 out of 5 stars Best Phyllis Whitney yet
Reviewed in the United States on October 20, 2016
Verified Purchase
This is definitely the best of the Phyllis Whitney mystery books. It is set on contemporary England, and represents the best of updated gothic romances.
Read more
8 people found this helpful
Helpful
Comment Report abuse
See all reviews

ChloetheMum
3.0 out of 5 stars Not the best Phyllis Whitney book
Reviewed in the United Kingdom on June 28, 2016
Verified Purchase
I agree with others who've said that this isn't one of Miss Whitney's best. Don't be put off her other work by thinking this is as good as it gets - it isn't! Any one of her other novels is a big improvement on this one.
Read more
Report abuse

Darknoir
4.0 out of 5 stars The Hunter And The Hunted
Reviewed in Canada on May 3, 2016
Verified Purchase
Although I had come across several of Phyllis Whitney's books in second-hand stores and purchased them, this is one of the first that I read. The well-travelled author always did a great job of creating atmosphere and location in her books, which are set in different parts of the world.

A young American woman named Eve is mysteriously summoned back to the English estate Athmore. It is not a happy return as her marriage to Justin North had ended on a decidedly negative note two years earlier but when she receives a letter from his cousin Julia she feels implored to return. Unfortunately, there may be an ulterior motive behind it, a deadly motive. Although Eve has no real hope of rekindling her relationship with Justin, and he appears to be seeing another woman, Eve finds she can't turn off her feelings for him, and the sinister intentions of someone on the property casts the shadow of fear and suspicion. Like every other gothic and/or romantic suspense story, there are other characters who could easily have their own reasons for setting such a deadly trap and some red herrings, and our heroine must try to keep herself safe as well as to solve the mystery, before it's too late.

For the most part, I enjoyed the book, although I suspect some readers will find Justin's attitude toward Eve and his treatment of her appalling at times and tiresome. The most aggravating part is that he doesn't seem to even consider her side of the story, and it's hard to understand what Eve sees in him at times.

An enjoyable read that may prompt you to check out other books from this author.
Read more
Report abuse

Mrs. Sonya Cook
2.0 out of 5 stars I didn't enjoy it.
Reviewed in Canada on September 24, 2020
Verified Purchase
Not what I was expecting and it was taking so long to get into the story I deleted it.
Read more
Report abuse
See all reviews