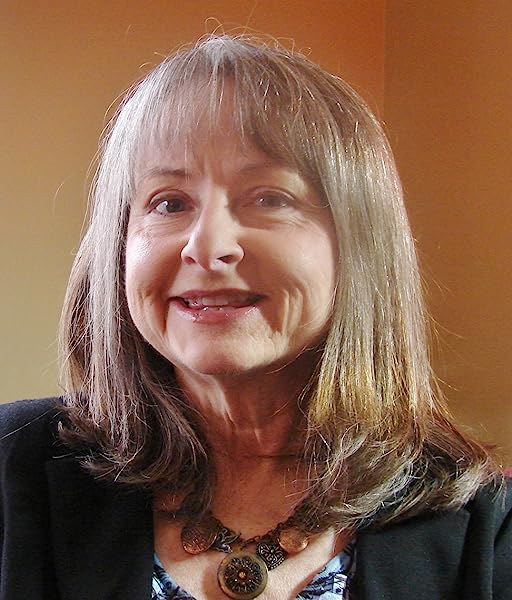 Hunting the American Werewolf: Beast Men in Wisconsin and Beyond Paperback – March 1, 2006

He's out there a malevolent beast with the head of a wolfwalking upright like a man! Don't believe it? How do you explain dozens of verified sightings throughout Wisconsin, Illinois, Michigan, and nationwide? In this fascinating book, best-selling author and award-winning journalist Linda Godfrey continues the hunt she began in The Beast of Bray Road. With only her investigative mind and her wry sense of humor, she takes on weird creatures too bizarre to be realand too well documented to be mere fairy-tales.

Writer, illustrator, and investigator of the paranormal, Linda Godfrey has become one of the nation's leading experts on cryptozoology, the study of unexplained creatures. She is the author of The Beast of Bray Road, The Poison Widow and co-author of Weird Wisconsin.
Tell the Publisher!
I'd like to read this book on Kindle

4.4 out of 5 stars
4.4 out of 5
31 customer ratings
How does Amazon calculate star ratings?
Amazon calculates a product’s star ratings based on a machine learned model instead of a raw data average. The model takes into account factors including the age of a rating, whether the ratings are from verified purchasers, and factors that establish reviewer trustworthiness.
Top reviews

Stephen A. Troutt
4.0 out of 5 stars A good solid book...
Reviewed in the United States on April 28, 2010
Verified Purchase
There is a lot of 'meat' here - Ms. Godfrey has compiled a number of reports of "Dogman" sightings - ranging from the frankly unbelievable to the down right eerie. There is obviously a lot of research and effort here and Ms Godfrey deserves kudos for the on site personal interviews as well.
After reading this book, I was left with the impression that there is something 'there' - that credible people are seeing 'something' - and Ms. Godfrey has done a good job bring their stories to light. I would definitely recommend this book to the interested reader.
Read more
2 people found this helpful
Helpful
Comment Report abuse

Mrs. Fitz
4.0 out of 5 stars This Was Lock The Doors & Windows Creepy!
Reviewed in the United States on February 6, 2009
Verified Purchase
This book of "true sightings" by apparently normal, sober people scared me to death! One of those "glad hubby is home tonight" books. Some of it drags a bit (why it got 4 stars instead of 5) but the stories for the most part are truly creepy. The one that got to me (spoiler alert!) was where a woman was driving down a dark road and comes upon a person walking on the side of the road. Happens to everyone all the time right? Well as she passed the walker turned and looked at her and gave her a big werewolf snarl from a snout full of teeth. Seems the walker was your typical "Manwolf". Yikes.
If you like werewolves this book is worth a read.
Read more
One person found this helpful
Helpful
Comment Report abuse

ceo418
4.0 out of 5 stars I really enjoyed reading these stories
Reviewed in the United States on January 11, 2016
Verified Purchase
I really enjoyed reading these stories, and some of them even made me look up at my window to make sure nothing was peering back at me! I have a couple of other books by the author, and I find that these encounters are described well. I like that for a lot of the stories other explanations for possible creatures (coyotes, raccoons, etc.) are explored.
Read more
Helpful
Comment Report abuse

Matthew DeLuca
5.0 out of 5 stars Makes you wonder
Reviewed in the United States on March 9, 2011
Verified Purchase
You dont believe in Werewolves?

Only in the movies?

Yeah. I thought the same thing. Still do really. But I'm not as sure as I was before. This book will have you wondering.

There are many reports from people who have never met each other, never read about the other eyewitnesses' reports.... yet all reports are very similar.

I am a firm believer that there are many animals yet to be discovered, on land, in the oceans and lakes, and in the air.

Could Werewolves be one of them?

Or is some lunatic and copycats wearing startling realistic costumes, and jumping out of the woods and going "Booga booga" in an abnormal manner, that scares the heck out of people?

If they are, they are moronic, because they are going to end up shot.

Could werewolves be from another dimension?

Even the ancient Greeks reported seeing werewolves at the Olympics.

The legend has survived til today.

Why are people STILL seeing "Werewolves"?

In recent years, villages in Romania have been abandoned by the villagers, because of sightings of these "Werewolves".

These people dont own TV's or see movies. Yet their descriptions are spot on, as with so many witnesses to "American werewolves".

What if our concept of "reality" is wrong.

We used to think that the world was flat. Wrong.

If someone came up to you a hundred years ago and said they saw a strange creature, that walked on four legs, was spotted, had a long neck, and two horns on it's head, you would have said "Couldnt possibly exist".

You can now see these animals by going on a safari. They are called Giraffes.

Whatever you perceive it to be.

What if hunters became the hunted? Would they rethink their place in the world?

After all, as was said in the 2010 remake of the classic movie, "The Wolfman": "Some say that it is only a sin to kill a man, not a beast....but where does one begin and the other end?"

HeidiLaF
4.0 out of 5 stars A Howling Good Read
Reviewed in the United States on November 3, 2006
Verified Purchase
Linda Godfrey combines the get-your-paws-dirty ethics of investigative journalism with the wit and perspective of a woman who's been to the weird side...and back again. And she's a crackerjack writer to boot. Linda gives Cryptozoology a good name and I can't wait to sink my teeth into her next title. A great read late at night with the covers pulled tight (and windows locked shut). Beware the roadside shadows...they may have claws.
Read more
2 people found this helpful
Helpful
Comment Report abuse

Clif
3.0 out of 5 stars from an avid reader
Reviewed in the United States on June 6, 2014
Verified Purchase
A good book, but not quite as good as Ms. Godfrey's other book "Real Wolfmen: True Encounters in Modern America
Read more
Helpful
Comment Report abuse

terry
5.0 out of 5 stars Five Stars
Reviewed in the United States on November 13, 2016
Verified Purchase
this is a very interesting book. Buy it
Read more
Helpful
Comment Report abuse
See all reviews from the United States

Kas
5.0 out of 5 stars Five Stars
Reviewed in the United Kingdom on January 13, 2015
Verified Purchase
Great read highly reccomend for the werewolf fan
Read more
One person found this helpful
Helpful
Sending feedback...
Thank you for your feedback.
Sorry, we failed to record your vote. Please try again
Report abuse

Mathieu Gaudreault
5.0 out of 5 stars A good overall fortean books about werewolf
Reviewed in Canada on July 20, 2018
Verified Purchase
A good overall fortean books about werewolf. Mostly about Wisconsin cases. While not denying cases of hoaxes there many of these creepy creatures outside. The tulpa aspects and interdimensional aspects are viewed in this great books.
Read more
Helpful
Sending feedback...
Thank you for your feedback.
Sorry, we failed to record your vote. Please try again
Report abuse