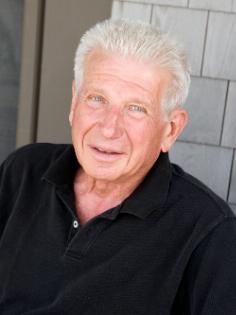 The Hurried Child: Growing Up Too Fast Too Soon, Third Edition Paperback – April 1, 2001

These two books offer excellent perspectives on children, parents, and culture. Psychologist Apter (The Confident Child) argues that we've been hanging on to an idea that's all wrong that when children finish high school or college and land a job, they instantly become autonomous, responsible adults. This "myth of maturity," insists Apter, is harming our kids. These "thresholders" (ages 18-24) appear to function as adults (whether in a job or in school), but in reality they are often in turmoil, depressed, and overwhelmed by life. Apter claims that though parents have been taught that they should end support (emotional, financial, and practical) so that their children can be independent and self-reliant, this is the wrong approach. Each chapter addresses a theme (job stress, finances, college, emotions) with stories of thresholders Apter has interviewed followed by her advice to both parents and thresholders on how to deal with the situation. Myth shatters many common notions we've held for several decades, e.g., it links eating disorders to separation anxiety and lays to rest the idea that the l8-24s are confident, happy, and sexually active beings. Like Elkind, Apter knows that kids grow up fast (that is, they leave childhood) but that they aren't "grown up" at all. Elkind's classic The Hurried Child dates from 1981 and was revised in 1988; now it appears in a third edition. The basic premise remains the same: parents have pushed their children emotionally and intellectually too far, too fast. Today's parents think of their kids as Superkids, so competent and so mature that they need adults very little. Why? Because parents, who are building careers, blending families, or struggling as single parents, have no time for child rearing. Having a competent Superkid relieves these parents of guilt, but it places too much stress on the children themselves. This new edition is fully revised, with new sections on peer-group parent pressure, i.e., the pressure parents feel to go along with the Superkid image out of fear that their own children will lag behind, and on organized sports, the Internet, and software for infants. Like Apter's title, this powerful book is essential reading. Linda Beck, Indian Valley P.L., Telford, PA
Copyright 2001 Reed Business Information, Inc.

David Elkind, Ph.D., is Professor Emeritus at Tufts University and the author of a dozen books, including The Hurried Child and All Grown Up and No Place to Go . He lives outside of Boston and on Cape Cod.
Read more
Tell the Publisher!
I'd like to read this book on Kindle

4.1 out of 5 stars
4.1 out of 5
30 customer ratings
How does Amazon calculate star ratings?
Amazon calculates a product’s star ratings based on a machine learned model instead of a raw data average. The model takes into account factors including the age of a rating, whether the ratings are from verified purchasers, and factors that establish reviewer trustworthiness.
Top Reviews

Neil Benson
5.0 out of 5 stars a very worthwhile book to read
Reviewed in the United States on April 3, 2015
Verified Purchase
I have been concerned with the way parents are pushing their young children. I am a psychologist who raised two gifted children and never pushed them. they both did very well in life and graduated from top-tier universities.The author makes a case for the need to adapt to changing times. Kindergarten is what the first grade used to be. Kids get socialized in preschool and begin actual learning in kindergarten and continue on a fast-track in the computer age. However, There are still too many parents pushing children who are doing more harm than good. Creating a "good learning environment" and getting appropriate amounts of positive reinforcement is all that is necessary for children to flourish.
Read more
3 people found this helpful
Helpful
Comment Report abuse

Ellen
5.0 out of 5 stars the Hurried Child: Growing Up Too Fast Too Soon
Reviewed in the United States on June 15, 2013
Verified Purchase
I first read this book when my boys were in elementary school thirty years ago. I still remember Elkind's advice to let children be children and to resist pushing them too fast and too hard. He told of one of his sons who strongly resisted reading instruction in one of his first school experiences. The teacher chose to allow him to wait, and he learned to read easily a year or two later. Elkind also talked of studies showing that children who learned to read at older ages were often the children who loved to read and who read independently as teenagers. We push academics at younger and younger ages in this country and do so supposedly in the best interest of children. Elkind believes in the freedom and space to be a child and to learn and grow through play and less structured experiences. He's not against academics. He just understands that there is more to living and learning than academics, and he worries about the future of hurried children. I do too.
Read more
3 people found this helpful
Helpful
Comment Report abuse

fattymoko
3.0 out of 5 stars Old book, good advice.
Reviewed in the United States on May 8, 2019
Verified Purchase
I had this book decades ago and the advice is still grounded. However, and maybe it's because I've read it before, I found it awfully redundant. Don't remember it being so damned boring the first time around. Pretty much the title says it all. Don't hurry your child to the point that you of they become obsessive. It helps no one. Book came looking brand new, neatly packed, swift delivery. Nice enough to pass along.
Read more
Helpful
Comment Report abuse

jj111808
5.0 out of 5 stars The Hurried Child:
Reviewed in the United States on April 8, 2013
Verified Purchase
I read this book about 25 years ago when I was raising my son and I used it as a guide to help me parent. My son is now a CPA, married with 3 children. I've purchased this book to give to my niece who is going through a divorce because i strongly feel it will help give her good advice as she raises her children.
Read more
3 people found this helpful
Helpful
Comment Report abuse

M. Hinkle
5.0 out of 5 stars Parenting against personal achievement
Reviewed in the United States on October 21, 2016
Verified Purchase
Good info about our culture of pushing children to be high preformed from early years. How we deny their REAL gifts.
Read more
Helpful
Comment Report abuse

Keshawn
5.0 out of 5 stars Great book!!!
Reviewed in the United States on July 12, 2015
Verified Purchase
Great buy!!! I will recommend this seller to all!!!
Read more
Helpful
Comment Report abuse
See all reviews from the United States

yahuan
5.0 out of 5 stars Where is childhood ?
Reviewed in Canada on November 23, 2014
Verified Purchase
If you believe that today's culture forces children out of childhood much too fast , then this book is for you !
Read more
Helpful
Sending feedback...
Thank you for your feedback.
Sorry, we failed to record your vote. Please try again
Report abuse