You've subscribed to The Scales of Torma! We will preorder your items within 24 hours of when they become available. When new books are released, we'll charge your default payment method for the lowest price available during the pre-order period.
Update your device or payment method, cancel individual pre-orders or your subscription at
Your Memberships & Subscriptions
There was an error. We were unable to process your subscription due to an error. Please refresh and try again. 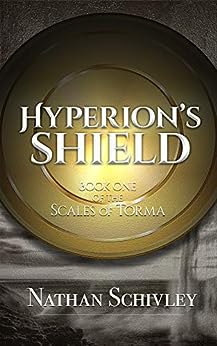 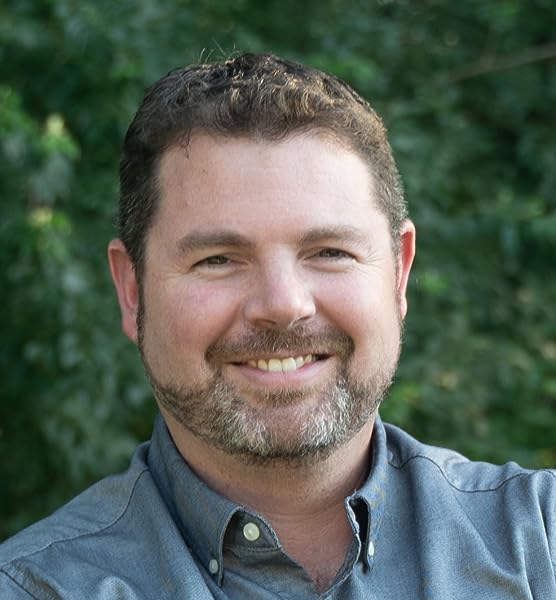 by Nathan Schivley (Author) Format: Kindle Edition
Book 1 of 1: The Scales of Torma
See all formats and editions
Sorry, there was a problem loading this page. Try again.
Read more Read less
Previous page
Next page
Books In This Series (1 Books)
Complete Series 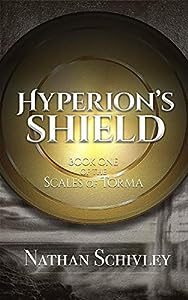 I was born on July 30th, 1981. I grew up in a city called Oakwood, which is a small suburb just outside of Dayton, Ohio. People referred to Oakwood as "the dome" because nothing bad ever happened there, and with the exception of an occasional loose dog, that was generally true.

Amongst a myriad of sports participation trophies, my crowning achievement growing up was when I won the prestigious Power of the Pen writing competition in eighth grade. So yeah... kind of a big deal.

About that same time, my grandma introduced me to the epic fantasy genre when she gave me her worn paperback copy of The Hobbit. I've been hooked ever since.

After high school I attended Ohio University where I majored in video production and interactive multimedia. After graduation I decided to move to Columbus, Ohio where I became a waiter at Texas Roadhouse and promptly gained fifteen pounds from eating an endless supply of cinnamon butter rolls. Delicious.

In 2009, I somehow convinced a pretty girl to marry me. Stephanie and I now have three children who provide an endless amount of entertainment, frustration and general astonishment. Fortunately, they all look like their mother, although two of them seem to have inherited their dad's unibrow. Oh well, it's character building.

carlie
5.0 out of 5 stars A fantasy must read!
Reviewed in the United States on May 15, 2019
Verified Purchase
As soon as I picked up the book, I was hooked. The author has a great imagination and did an excellent job of describing details. This works reminds me of the books by Victoria Aveyard. I can’t wait to see what Loras does in the next book.
Read more
2 people found this helpful
Helpful
Report abuse

Jack G
5.0 out of 5 stars An enjoyable fantasy novel for all ages!
Reviewed in the United States on April 13, 2021
Verified Purchase
Hyperion's Shield is an exciting and action-filled book with a great cast of characters. Readers are dropped into a world very different from our own, where magic and centuries of war have created two opposing cities - Reysa and Gartol - each fighting to keep the power over light and darkness. Throughout the plot we are introduced to memorable settings, interesting characters, and constant adventure! This was a quick read and I'm already looking forward to the second installment!
Read more
Helpful
Report abuse

Kristy
5.0 out of 5 stars Great work from an interesting new author
Reviewed in the United States on May 24, 2020
Verified Purchase
Long time ago I read Dan Simmons Hyperion so this title inmediatly catch my atention. Obiviously it a whole new story completly different. Hyperion was the titan of light from the greek mithology. The world building is fascinating. I love the characters and can't wait for the next book.
Read more
Helpful
Report abuse

Rarehonest1
5.0 out of 5 stars You need to read this one!
Reviewed in the United States on May 15, 2019
Verified Purchase
Great book! I could not put it down. When is the next one coming out?
Read more
One person found this helpful
Helpful
Report abuse

Shane
5.0 out of 5 stars This is a very interesting first in series!
Reviewed in the United States on September 17, 2019
In a fantasy world very different from ours, people in the cities Reisa and Graedel are not born, they float down a river as babies into the care of either very different culture. Both cities have guardians with special powers to protect their city and to wage war with the other. After the eighth great war, nearly all of Reisa’s guardians went missing and seem to have missed their chance for rebirth. The people from Graedel rule the Reisa with little or no compassion. Until three kids begin an amazing adventure.

This is a very interesting first in series! Schivley has created an Epic Fantasy world and his story reads like a Young Adult Distopian novel. Epic Fantasy can often delve deep into description and backstory whose relevance to the story is somewhere between relevant and trivial. This book reveals only when need and allows the world to unveil its mysteries only as our heroes encounter new obstacles.

Aside from the adventure story, the method of babies coming down in a basket on the river is intriguing. The people of this world know the river starts in the land of the gods, which is high up in a mountain range so steep, that no one has made it and returned to tell the tale. It’s hopefully a mystery that is resolved in later installments, which I look forward to. It is tempting to assume that a world would not function with the mechanics laid out in this story, but I think the inconsistencies are really clues of what lies deeper within the series.

As a Reedsy reviewer, I got a free copy of this book to review. I’m under no obligation to write reviews, but like Billie Eilish says, it’s my strange addiction. That’s why I built the Science Fantasy Hub! Now, go and pick up your copy.
Read more
Helpful
Report abuse

Emily
5.0 out of 5 stars Couldn't put it down!
Reviewed in the United States on May 15, 2019
I have never read Harry Potter, Hunger Games, or Lord of the Rings (or any real sci-fi book for that matter). But I enjoy the movies. While reading this book, I'm already psyched for the 2nd and 3rd books to come out and for a movie to be made! The sibling relationship is great, as well as their goofy, know-it-all friend. The story has good twists and turns that keeps you guessing who is on which side and what is going to happen next. A MUST READ if you are a sci-fi fan! I'm a fan!
Read more
2 people found this helpful
Helpful
Report abuse

Cathy
5.0 out of 5 stars Great new author!
Reviewed in the United States on May 17, 2019
What an exciting story by a brand new author! I couldn’t stop reading it! Love the characters- especially Tinko and Declin! I can’t wait for Book 2 to come out! Keep writing Nathan! I can picture this story on the big screen in the future!
Read more
2 people found this helpful
Helpful
Report abuse

Un-named Fan
5.0 out of 5 stars Loved this story!
Reviewed in the United States on July 3, 2019
This book is so well written! I just loved the story and can't wait for the next one! I am going to get it for my granddaughters who have read all the Harry Potter books. They love this type of book. If you liked Harry Potter, or Hunger Games, I highly recommend Hyperion's Shield!
Read more
Helpful
Report abuse
See all reviews