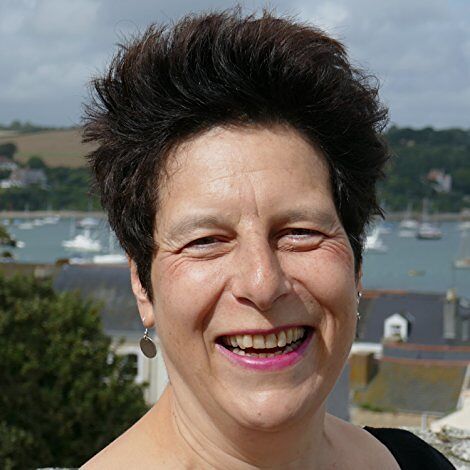 Patricia Finney is Jack's real Pack Lady and his interpreter. She spends a lot of time running around after Jack, The Cats, and her three children. When she can, she writes all kinds of things, including historical novels, scripts, articles for newspapers, and the prequel to this book, I, Jack. She lives in Cornwall, England.

3.9 out of 5 stars
3.9 out of 5
21 global ratings
How are ratings calculated?
To calculate the overall star rating and percentage breakdown by star, we don’t use a simple average. Instead, our system considers things like how recent a review is and if the reviewer bought the item on Amazon. It also analyzes reviews to verify trustworthiness.
Top reviews

M. Gross
5.0 out of 5 stars My family loved this book - we own a young Lab, so it truly hit home!
Reviewed in the United States on January 14, 2008
Verified Purchase
I bought this book for my 7 year old daughter at her school book fair, along with several other paperbacks. She devoured it and kept insisting that I read it. I said ok, thinking I want to encourage her love of reading and knowing how much fun it is to recommend a good book to someone so you can then talk about it when they are finished. I did not expect to enjoy it so thoroughly, however! I laughed right out loud, highly recommnended it to my husband when I was finished, and read it to my younger son soon after I had finished it the first time. I laughed while reading it to him, too! If you've ever wondered what the heck a dog must be thinking to do what he/she does, this book is of tremendous help. I often find myself thinking in Jack-terms when dealing with our 18 month old Chocolate Lab. I just purchased the next Jack book and thought I'd take a minute to add my positive review of the first.
Read more
One person found this helpful
Helpful
Comment Report abuse

Olga Reynolds
5.0 out of 5 stars best children's book
Reviewed in the United States on January 18, 2013
Verified Purchase
My son missed a lot of school because of the health problems. he is terribly behind in school and doesn't want to read or study hard. We bought this book with hope he'll be willing to read because. he loves dogs. He absolutely loved this book. Exellent book, funny and smart
Read more
Helpful
Comment Report abuse

Carol Lee ONeill
5.0 out of 5 stars children's books
Reviewed in the United States on August 14, 2008
Verified Purchase
This is a great story told from the perspective of the dog. The unconventional format was enlightening to our child who is used to reading stories told by little girls or other narrators.
Read more
One person found this helpful
Helpful
Comment Report abuse

Eustacia Vye
5.0 out of 5 stars My kids and I laughed our heads off at this1
Reviewed in the United States on January 29, 2010
I got this book for my 9 year old; she LOVED Jack and urged me to read it too. I laughed my head off at Jack's antics and read it aloud to my 5 year old and 7 year old. We all had fun trying to figure out what Jack's names for various things meant; "apedogs" = humans, "flying featheries" = birds, "big white waterdish" = toilet...but if you get stumped, there's a glossary in the back.

Jack is a large, lovable, goofy yellow Lab; he's apparently not neutered and falls in love with the beautiful Samoyed next door, who has a litter of puppies as a result. But don't worry -- there is nothing graphic and we are just told that he wants to "marry" her. In his efforts to help her find a safe place to birth the pups, Jack gets involved in some shady doing's at the old mill, with hilarious and oddly poignant results.

We loved Jack and we also got a kick out of the snarky comments that The Cats (Maisie, Muskie and Remy) make in the form of footnotes to the story told by "Big Yellow Stupid," as they call him.

The author mixes humor with a good knowledge of dog psychology. Jack is a actually a pretty smart dog, though his love of food proves his undoing on more than one occasion.

KidsReads
5.0 out of 5 stars May you laugh when you read I, JACK..
Reviewed in the United States on June 17, 2004
Jack is a yellow Labrador retriever who has many adventures. He lives with his Packleader, Tom; his Pack Lady, Charlie; and their children, Terri, Pete and Mikey. Jack often likes to talk about his adventures, which include interpretive footnotes from the three cats that live with him. The cats' names are Remy, Maisie and Muskie. They call Jack "The Big Yellow Stupid" for reasons that are not always clear.
Jack's pack has new neighbors who move in next door. He's very excited to meet their girl dog, a pretty Samoyed named Petra. Petra is also excited to meet Jack, but her Pack Lady, Letitia, is not. Letitia's dislike for Jack creates a problem for Jack and Petra's new friendship; nevertheless, Jack soon finds himself thinking about Petra a lot.
Some time later, Jack is taken for Walkies to an old flour mill where his Packleader snaps pictures for a newspaper article about how important the mill is and why it shouldn't be torn down. Meanwhile, Jack decides to go for a swim in the pond around the mill, but has to be rescued by his Packleader when the pond proves too much for him. The next day, Tom stays in bed because of a cold, leaving Jack and his apepuppy friends, Pete and Mikey, to get into mischief. Jack is able to get through the neighbors' fence with Pete and Mikey's help; a romance soon develops between he and Petra, and they marry.
Unfortunately, our two lovebirds get into deep trouble when Jack's Pack Lady finds them scavenging for food. They decide to run off to the old mill; once there, Petra has Special Messages (puppies) and it is up to Jack to provide for them and keep them safe. But the pressure is on for Jack when his Packleader comes looking for him and ends up in an accident --- not to mention the unfriendly apedogs that seem to be visiting the mill at different times. Will Jack be able to save the day once again?
I think this is a good story for fans of Jack. New readers of Jack's adventures, like myself, may find it a little difficult to understand at first. Once you read the Jackspeak English glossary in the back of the book, though, the story becomes easier to understand. May you laugh when you read I, JACK.
--- Reviewed by Sarah Sawtelle (...)
Read more
3 people found this helpful
Helpful
Comment Report abuse
See all reviews

monkey
5.0 out of 5 stars WOOF BRILLIANT
Reviewed in the United Kingdom on January 30, 2013
Verified Purchase
I absolutely hooted !!!!!! If you are a dog owner or lover you will totally identify with JACK and this book. He's so dumb and lovely all at the same time. If you ever wonder what your dog is thinking or why he is doing what he is doing, just read this. You'll absolutely love it. I recommend this to everyone. Children and us big kids alike. If you need a laugh go for it, just make sure you've been to the loo!!!!!!!!!!! :-)))))))))
Read more
Report abuse