You've subscribed to Smart Woman's Mystery! We will preorder your items within 24 hours of when they become available. When new books are released, we'll charge your default payment method for the lowest price available during the pre-order period.
Update your device or payment method, cancel individual pre-orders or your subscription at
Your Memberships & Subscriptions
There was an error. We were unable to process your subscription due to an error. Please refresh and try again. 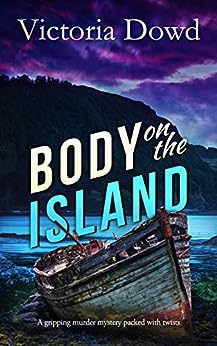 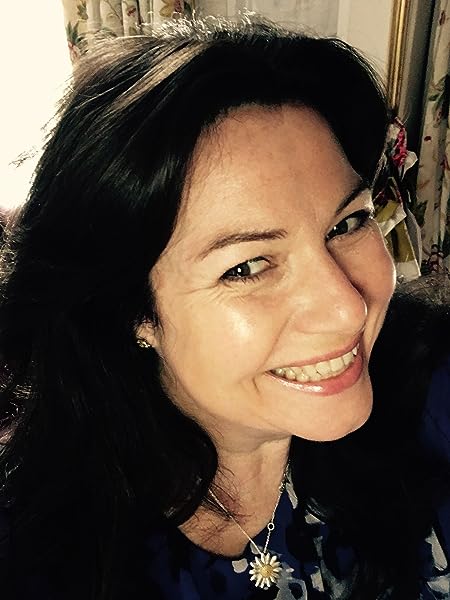 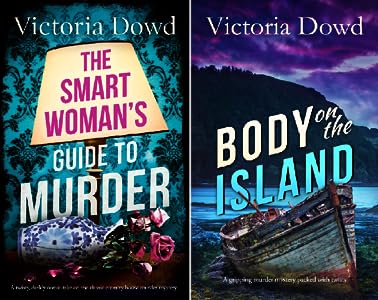 3.5 out of 5 stars
3.5 out of 5
120 global ratings
How are ratings calculated?
To calculate the overall star rating and percentage breakdown by star, we don’t use a simple average. Instead, our system considers things like how recent a review is and if the reviewer bought the item on Amazon. It also analyzes reviews to verify trustworthiness.
Top reviews

Kindle Reader
3.0 out of 5 stars Enjoyable but not quite as good as the first one
Reviewed in the United States on May 22, 2021
Verified Purchase
After the events of the first book in the series, Ursula decides that she and her family need to learn some survival skills. What they didn’t realise was that they’d need skills just to survive the course. The boat they’re on capsizes in a storm and they’re washed up on an uninhabited island in the Hebrides with no food and before long the body count starts to rise.

I loved the first book The Smart Women’s Guide to Murder and while this has some of the previous characters, smart dialogue and some laugh out loud moments despite the murders, I didn’t love it as much as the first book.

While some of the book club characters aren’t nice one or two of the new characters were extremely unpleasant and I was happy when the murderer got to them. Ursula’s quirks had begun to annoy by the end of the first book and so I was definitely over her constant feeling ill and fainting in this book. There was just a little too much sniping and Aunt Charlotte misunderstanding absolutely everything.

Body on the Island is a standalone book but the events in the first book are referenced quite a lot and I would suggest reading that book first, especially as you’ll realise who makes it out of the Slaughter House.

While I wasn’t so enthralled with this second book it was enjoyable and the author has a dark sense of humour running through the story.
Read more
Helpful
Report abuse

Mlinertlpn
5.0 out of 5 stars Survival is not always easy when you don’t know the killer
Reviewed in the United States on July 29, 2021
Verified Purchase
It is hard to stay alive even when you live through one tragedy and to help yourself by joining a survivalist course with all the family and friends only to find yourself in another tragedy that keeps getting worse with more murders. Ursula must put all together before they are rescued. Am unbelievable story.
Read more
Helpful
Report abuse

MECI
2.0 out of 5 stars Couldn't Get Through It- End of the line for me
Reviewed in the United States on February 24, 2021
Verified Purchase
I just had to stop reading. The comic lines were more like slap-stick (sp?) comedy and too frequent to make them funny. The so called murders... gripping? PLEASE This is not what I expected... More like Murder She Wrote.
Read more
Helpful
Report abuse

Amazon Customer
5.0 out of 5 stars Seriously weird humor
Reviewed in the United States on July 4, 2021
Verified Purchase
Yep, seriously, weirdly funny. This author writes, the way some of us think. First, could it be murder?, followed by a probable murder, then, oh yes, now a murder - no doubt. What a long strange trip it is.
Read more
Helpful
Report abuse

Lady Caroline
2.0 out of 5 stars Hard to Remain Interested
Reviewed in the United States on May 24, 2021
Verified Purchase
I read crime novels and mysteries on a daily basis. For some reason this one just couldn't hold my interest. Sort of dull. Other books by this author might be better, I don't know yet.
Read more
Helpful
Report abuse

MD
2.0 out of 5 stars Humorous and fun, but it doesn’t last from beginning to end
Reviewed in the United States on February 26, 2021
Ursula Smart is back with her mother, aunt, and a few other familiar faces after surviving a book club retreat gone wrong in The Smart Woman’s Guide To Murder.

“People died in a variety of gruesome ways. Book club stopped after that...Perhaps ours ended in a more dramatic fashion than most but you’d be surprised the tales people now tell me about their book clubs.”

The slaughter house left many for dead, and now Ursula has nightmares. She decides survival skills are just what she, her mother, and aunt need, and signs them up for a lovely weekend of foraging and camping in the forest...and learning how to survive. Unfortunately, others members of the ex-book club are taking the trip as well.

What’s even more unfortunate is that the boat they are on capsizes. They end up on a desolate island with no food, no WI-FI, and bodies dropping like flies.

I enjoyed the first book in the series (solid 3 stars, maybe 3.5). While it wasn’t groundbreaking, it had some biting dialogue, laughs, and some nice “locked-room” vibes.

There are things I enjoyed about this one too. The biting dialogue is still present, and the setup is very intriguing. However, I started losing interest in the second half as things became complicated (and maybe convoluted). The new characters were odd and not too enjoyable, but they were necessary to add to the body count and suspect list.

By the time all was revealed, I was over it.

And yet, I’m glad to have read this. I needed something amusing and on the lighter side to reset my reading batteries. While I’m not sure I will continue the series, I can appreciate the subtle entertainment it provides. I also chuckled at a few nuggets like this one:

“Mother...doesn’t like surprises, not since Dad bought her a Segway for her fiftieth instead of a Steinway. She doesn’t play the piano but an interior designer friend had said they were that season’s must-have photo shelf. Mother doesn’t have any photos either and didn’t warm to my suggestion that she could maybe take a few shots while she was touring around on her Segway.”

Ginger Book Geek
5.0 out of 5 stars A thoroughly enjoyable read
Reviewed in the United Kingdom on February 28, 2021
Verified Purchase
I read, reviewed and really enjoyed the first book in the ‘Smart Woman’s Mystery’ series, which was called ‘The Smart Woman’s Guide To Murder’. When I heard that Victoria was due to release a second book in the series I knew that I just had to read it as soon as I could. Well ladies and gents, the wait is over as ‘Body On The Island’ was released on 23rd February 2021. It is another corker of a read, which I thoroughly enjoyed reading but more about that in a bit.
It’s no word of a lie when I say that I became addicted to this story from the moment I clapped eyes on the synopsis. As soon as I started to read that was it- I knew that I would find it extremely difficult to put the book to one side. I think part of the attraction of the book was the fact that the characters were a wacky bunch. My Kindle wasn’t exactly glued to my hand but it might as well have been because it travelled everywhere with me. I didn’t want to miss a second of the story. I became so wrapped up in the story that I lost all track of time and just how quickly the pages were turning. All too soon, I reached the end of the story and I had to say farewell to the crazy bunch.
‘Body On The Island’ is extremely well written. Victoria certainly knows how to grab your attention and draw you into the story. I particularly liked the fact that Victoria combines the drama with some pretty dark humour, which I found refreshing. I found that I kept chuckling away to myself practically all the way through the book. Reading ‘Body On The Island’ was like being on an unpredictable rollercoaster ride with a fair few twists and turns along the way. I found ‘Body On The Island’ to be a thoroughly enjoyable read, which kept my attention throughout and it certainly kept me guessing.
In short, I thoroughly enjoyed reading ‘Body On The Island’ and I would recommend this book to other readers. I will certainly be reading more of Victoria’s work in the future. The score on the Ginger Book Geek board is a very well deserved 5* out of 5*.
Read more
One person found this helpful
Report abuse

Sarah Clarke
5.0 out of 5 stars Weaves dark and light perfectly
Reviewed in the United Kingdom on June 27, 2021
Verified Purchase
This is a murder story, a whodunnit set in the harsh terrain of an island off the Scottish coast. But it is also full of humour. The core characters - the Smart family - are funny as individuals and spar off each other brilliantly. The mystery of who is committing the crimes is well plotted and Dowd keeps you guessing until the final reveal. I highly recommend this book.
Read more
Report abuse

Gail C
3.0 out of 5 stars An ok read, but not to my taste
Reviewed in the United Kingdom on March 15, 2021
Verified Purchase
Plot a bit far-fetched. I found the constant bickering and belittling among the characters annoying - maybe if I’d read the first book in the series before this one, I might have warmed to the characters a little more, but not sure. If you can suspend disbelief, an ok way to spend an afternoon.
Read more
Report abuse

Carol Jacobson
1.0 out of 5 stars Not good
Reviewed in the United Kingdom on March 15, 2021
Verified Purchase
Sorry but I didn't think much of the story.
Read more
One person found this helpful
Report abuse

T H Stewart
1.0 out of 5 stars Not for me
Reviewed in the United Kingdom on March 13, 2021
Verified Purchase
Didn't like it, gave up quarter of the way through
Read more
One person found this helpful
Report abuse
See all reviews