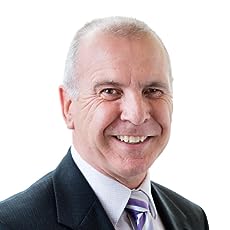 Ian Coombe grew up in a traditional family with an older brother and younger sister. As a middle child, trying to gain advantage was a quest that thrilled him! Good decisions were critical, yet poor decisions offered frequent learning opportunities!

One fateful decision nearly cost him his dream career and four years of sacrifice. Yet at that same moment, another decision proved key to his life passion.

Helping people learn how to make better decisions that achieve great things is his passion. He terms this "decisioning superiority".

He has:
* persistently given of himself to help others: Army, Mentoring, Charities, Coaching.
* studied and researched at all levels to better understand and serve.
* presented and facilitated decision-making internationally at the highest levels.
* been on both sides of the Boardroom table and mentored CEOs and business owners.

Among his various recognitions, he is quite proud of his US Army Commendation and an Australian Leadership Excellence Award. He is also chuffed at facilitating nationally important decisions such as during a national security crisis.

To help yet more people make decisions for superiority, he has produced a how-to book, speaks professionally at international and corporate conferences, conducts workshops for aspiring groups and in a very few cases, provides one-on-one coaching.

Ian has also been the Writer in Residence at the Queensland Writers Centre located in the State Library.
Read more 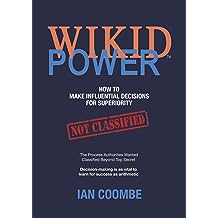 Decision-making is as vital to success as maths!

How many decisions have you made today?

Were you taught how?

Everyone makes decisions more often than they use the three R's but decision-making is not taught ... until now.

The process outlined in Wikid Power shows you how to make influential decisions that deliver such incredible results that the military wanted to classify the process beyond "Top Secret".  Following an easy to remember step-by-step process Ian leads you on the journey to become masterful and superior in all your decision-making.

This book is for anyone who makes decisions anytime or anywhere.

Leaders     get the best decisions and results from your team

Teachers    from prep to university determine futures, be a teacher who's remembered for moulding great futures

Ian Coombe developed Wikid Power to help military leaders learn a decision-making process vital to succeed.  He introduced his military's first group decision-making capability and then facilitated myriad decisions for others from everyday matters to the Olympics and to urgent national security issues. He has been awarded a US military commendation and an Australian Leadership Excellence Award (ALEA). His decision-making process, experience and authority is unrivalled.

If you're not using Wikid Power those you deal with might be. 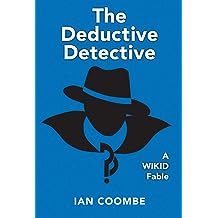 It is a story that describes a key strategy that can be used for making decisions and how it can help solve complex problems. The story brings the strategy to life in an engaging story that is easy to relate to because, like all of Ian's books, no family structure, gender or pet species have been identified - leaving it to each individual to immerse themselves in the story by identifying their own personal circumstances. Children and adults alike love it! Especially since it can be read in 7 minutes - we all can afford to read it while having our daily cuppa! 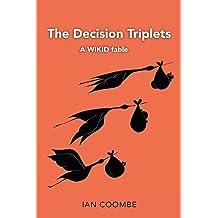 The Decision Triplets is a modern fable from the international author and speaker on decision-making, Ian Coombe.  It is a story that describes the three facets of every decision and how they can work together. Ideal for youth, families, schools, managers, and leaders.