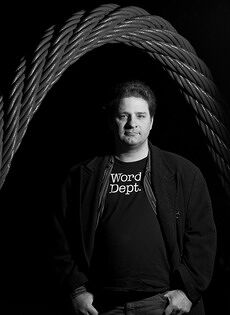 Ian Pattinson was born in Bridgend, Wales, and has lived in Brazil, Lancashire, Cumbria, Manchester, Surrey and now Salford. 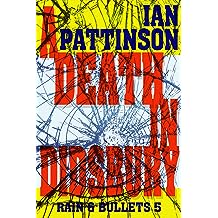 A Death In Didsbury (Rain and Bullets Book 5) Feb 25, 2019
by Ian Pattinson
$3.99
When a woman is shot dead on a quiet street of trendy shops, Detective Sergeant Kay Wood is reunited with an old acquaintance, and has to work with retired intelligence analyst Irwin Baker to help them out.

Unexpected violence flares on the streets of the Manchester suburb of Didsbury, and the investigation is soon tangled up in links to Russia and crimes dating back to the Second World War. As the intelligence services are drawn into the mystery, two witnesses find their lives turned up side down, and threatened, by their connection to the victim.
Read more 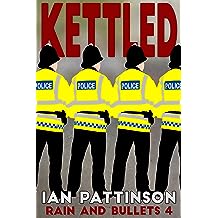 Kettled (Rain and Bullets Book 4) Oct 2, 2015
by Ian Pattinson
( 1 )
$0.99
The Tories are in Manchester, and thousands have turned out to protest their presence.

In the midst of the peaceful protest, a small group of hired troublemakers are planning to cause trouble. They want to start a riot, to distract from the demo's message, and usher in new laws.

Irwin has been working with an MI5 agent to track them down before they can do any damage. But now, she has been stabbed, and he is trapped in a big crowd being held on a square by Police. Just the right place to start a fight.

With the reluctant help of Kay Wood, Irwin must track down the troublemakers before it's too late, and find out who stabbed the MI5 agent.
Read more 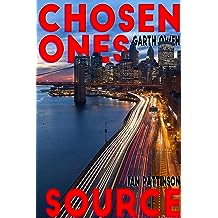 What happens to teenaged heroes once they've fulfilled the prophecies and saved the world? Well, the lost prince of Atlantis is going to speed dating events in Manhattan, and having a surprising meeting.

The stories all suggest that the US military would get the cool alien space tech, and we'd have to trust them to do the right thing with it. More likely, the recipients would be random ordinary folk- like a guy out shopping and the woman he's trying to chat up.
Read more 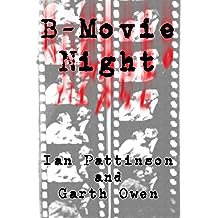 B-Movie Night Aug 22, 2013
by Ian Pattinson, Garth Owen
$0.99
Updated and revised Now with a new layout, extra reviews and improved links. If a film is available from your local Amazon, the book will link to it.

Reviews of films, books and games from the archives of the long-running Spinneyhead weblog.

Ian Pattinson- and his pulp fiction alter ego, Garth Owen- has been reviewing all sorts of entertainment for years. Short and sharp, and occasionally silly, the reviews cover everything from Summer blockbusters to grindhouse obscurities, this collection has a bit of everything.

This is a continually evolving book, with more reviews being added all the time.
Read more 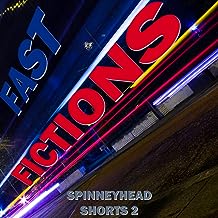 Encounter symbiotic aliens, creepy graffiti, combat rats and the US Navy's least popular ship, amongst others. What they lack in words, these stories make up for in ideas.
Read more 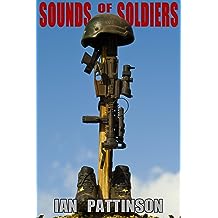 
Written nine years ago, this tale of the near future is even more relevant in the age of 'fake news' and an out of control President. Combining a travelogue through a changed society with flashbacks to the long, crazy war in Europe, Sounds of Soldiers looks at the fallout from military fantasies gone wrong.

When the US President started a bizarre war against former allies in Europe, it quickly escalated into confrontations across the continent. Paris was flattened, nuclear explosions lit up the Mediterranean, and US soldiers fought the locals in Germany and France. Then, in a long, slow conflict, the United States destroyed itself fighting imaginary enemies, within and without its borders.

Robert Jones was there through it all, reporting on it, and, occasionally, participating.

How can a man who witnessed some of the most important events of recent history adapt to peace? Reconnecting with friends and family, Robert investigates a newly green Manchester and finds out about life away from the war zone.

But there are still some ghosts and secrets from his time on the continent which are ready to come back and shake up Robert’s new peaceful life.
Read more
Other Formats: Paperback 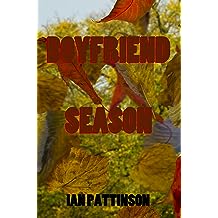 Spinneyhead Shorts 1: Boyfriend Season Oct 9, 2010
by Ian Pattinson
$0.99
'“Autumn is boyfriend season. With the nights drawing in and the weather getting worse it's the right time to have a man to keep you warm and stuff.”

I was with Lauren and Vanessa, a few pints into the night somewhere in Didsbury, when Lauren had dropped this concept into the conversation.

“And in Spring you can dump them because there's so much else to do.” Vanessa added.

James is looking for love, so it's good that the season's turned and the girls are hunting boyfriends. A short romantic comedy about speed dating, blogging and drinking after work. Also includes How Deep Is Your Love? Find out what happened to James next.
Read more 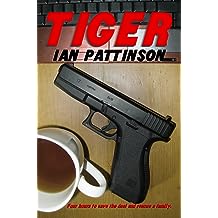 Tiger (Rain and Bullets Book 2) Sep 26, 2010
by Ian Pattinson
( 1 )
$0.99
'The pair steered straight for Edwards' table. Most of the other patrons remained blissfully unaware of the sharks gliding past them. He let them come to him because the shorter, darker one had reached into his jacket and moved the lapel far enough back for a shoulder holstered gun to be visible. They came to a halt flanking his table and blocking his escape routes.

"Mister Edwards," said the taller of the pair, "it's so good to meet you."

"I'm sorry, you have the wrong man. My name's not Edwards."

"You are checked in as Tony Wedgwood, I know, but let us not pretend you are not Gerry Edwards. We have a proposition for you." The shorter man had been tapping at the screen of a mobile phone and now he laid it on the table. On the screen was a photo of Simon and Karen. They both looked terrified, and with good reason. From the right of the screen the unmistakable barrel of a Desert Eagle pointed at them. Edwards' vision narrowed to the phone and the image it displayed. He could just hear the tall man say, "You are going to help us steal four million Euros. Now, if you will show us to your room, we shall discuss the details."'

When a kidnapping in Manchester threatens to derail a MI6 operation in Paris they call in retired operative Irwin Baker, the only person close enough to help. With less than four hours until the deadline Irwin, and his Police contact Kay Wood, must rescue the family and save the deal.
Read more 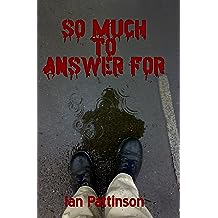 So Much To Answer For (Rain and Bullets Book 1) Sep 6, 2010
by Ian Pattinson
$0.99
Tommy Hill walked back into Manchester on the tail of a thunderstorm, promising easy money and atonement for his former sins. Joe Wilkinson doesn't want anything to do with his former friend, but it's not going to work out that way.

When Hill turns up dead with his throat slashed open Joe's life gets dangerous. The Police think he's involved in the scheme that got Hill killed- and some want revenge for Hill's escape last time- and there are some dangerous characters who already think Joe is Hill's bag man.

Can Joe stay out of jail and alive long enough to keep his name clean?

And who is the mystery blonde who wants to buy his art?
Read more 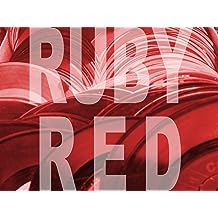 Will Ryan ever be able to fall in love again? Will his best friend Elaine find the girl of her dreams? Why is their cat called Heisenberg?

Ryan's first love was murdered, and he's still recovering from the loss. Then he meets Ruby, who has secrets and pain from her own past that she has yet to deal with. Can they help each other, or will their traumatic histories keep them apart?