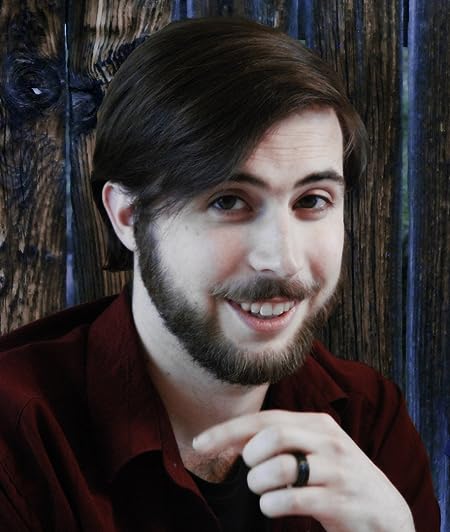 Everything Ian writes puts a new spin on fantasy as you know it. And when he's not writing, he's imagining his next book.

Ian loves science and incorporates it heavily into his fantasy worlds. He also loves philosophy—and since he hates going with the crowd, he resolves to take the reader on a journey of questioning and suspense, watching the characters struggle with interpreting and reacting to unfolding events.

Living near the foothills of Colorado, Ian enjoys exploring the outdoors with his wife—soaking in the sights, sounds and smells of creation. But they are most passionate about their strategy games, usually spending hours or even days nerding-out on one game alone. 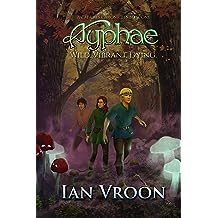 Ayphae: Wild. Vibrant. Dying. (The Flames Chronicles Book 1) Aug 15, 2019
by Ian Vroon
( 14 )
$9.50
Reisor woke up seven years ago with no memory. He found himself in a land of glowing flowers, mushroom houses and psychedelic spores. No one can enter or leave Ayphae—so Reisor is stuck here. He has to cope, and he has to care for his siblings…who also have no memory. They have only dreams, flashbacks—fragments of thoughts they can’t explain.

But now the land is withering. Mushrooms are crumbling to ash, trees turning to mush—and no one knows why.

Enter the aiethepa spore. This fungus grows fast and thick throughout Ayphae. No one knows what it does, and no one can open it. Some blame it for the withering—others think it will breathe life into the land.

Ayphae is all they know. But if they can’t crack this mystery, it may be the last thing they remember.
Read more
Other Formats: Paperback 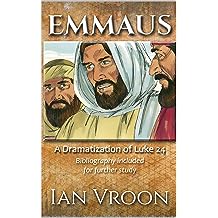 EMMAUS: A Dramatization of Luke 24 Apr 26, 2019
by Ian Vroon
$0.99
Have you heard of the two travelers on the road to Emmaus? The Bible says Jesus opened the Scriptures to them and “beginning with Moses and all the Prophets, he explained to them what was said in all the Scriptures concerning himself.” Jesus even claimed, “Did not the Christ have to suffer these things and then enter his glory?” He claimed this was what “the Prophets have spoken” in the Old Testament!

But where did the prophets say these things? Have you ever wondered how the Old Testament prophesied that Jesus would need to come and die for our sins?

In this dramatization, the two travelers on the road to Emmaus are confronted with a very excited Jesus who opens the Scriptures—both for them and, I hope, for you.
Read more 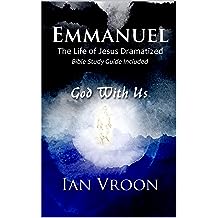 He came full of grace and truth—the Word made flesh, Emmanuel. But the ancient words of prophets and sages before him couldn’t prepare the world for the nature of his kingdom.

No one knew what to do with him—was he a source of healing to be milked, a source of heresy to be condemned, or something else entirely? The question of the day revolved around this carpenter from Nazareth—but they were asking the wrong question.

How people responded to this Nazarene’s identity—that was the question whose answer Jesus would draw out. His every act was a ripple in a pond, disruptive and unsettling to foes and friends alike, and revealing the hearts of men even as it fulfilled words written hundreds of years earlier. Like a raging storm, he would not be contained. He would accomplish nothing less than all the Father had sent him for.

He is, after all, Emmanuel—God with Us.
Read more
Other Formats: Paperback 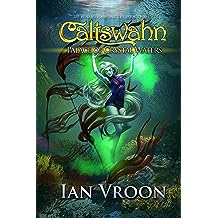 Caltswahn: Palace of Crystal Waters (The Flames Chronicles Book 3) Jun 7, 2021
by Ian Vroon
( 1 )
$8.46
Reisor is supposed to be a hero—but he doesn’t even know what that is! All he knows is the desperation he feels—protecting his siblings, trying not to let everyone down—fear drives his actions. What’s the difference between desperation and heroism?

Zyal, the lovely princess of Caltswahn, can see how weak Reisor is. She has the strength to be a hero—but no one will let her. Why can’t he be more like that?

Then there’s the Master Reabehd. A hyper-intelligent squid whose tentacles stretch out for miles. He guards a treasure that, though sought by all, may be worse than death. He sees Reisor’s desperation and Zyal’s frustration as an opportunity to complete his perfect plan.

For unlike the foolish schemes of mortals, the Reabehd’s plans never fail.
Read more
Other Formats: Paperback 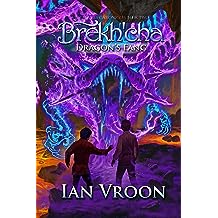 Brekh'cha: Dragon's Fang (The Flames Chronicles Book 2) Mar 19, 2020
by Ian Vroon
( 3 )
$9.50
Deep in Brekh’cha’s chambers of shifting gravity and magma, through winding tunnels of metal and flame, roams a dragon. But this is no ordinary dragon. It is made of fire, its breath a purple mist that becomes the bitter thoughts of those who inhale it.

Wandering through Brekh’cha are the three siblings—Reisor, Feselea and Dane—on their way to Caltswahn. They seek refuge, their lost parents—and answers to their unknown past. But they are not alone.

The hunter Titanius is here, prowling the caverns of Brekh’cha in search of them. He knows their past, their weaknesses—and he has hired an army of mercenaries to help him. Even the residents of Brekh’cha—stone creatures called geolites—are wary of him.

Enter Siege, the techno-mercenary who laid siege to an entire castle by himself. He has an interest in the siblings and their hunter—but for what? Who is he, really? No one knows—but his actions could influence the chase. In fact, he could change everything.
Read more
Other Formats: Paperback 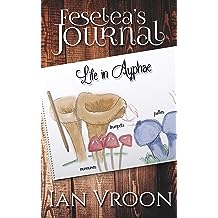 Feselea's Journal: Life in Ayphae Oct 10, 2019
by Ian Vroon
$6.99
Ever wondered what life in Ayphae was like for those seven years? Imagine waking up in a world of mushrooms that could spin, fly or dance, flowers that can light up in ripples—all the wonders of Ayphae. More than a story—imagine what day to day life would be like. What you'd smell, what you'd taste and touch. You'd try your best to adjust to the new life, but you'd need to make friends with the neighbors. Figure out what to do and what not to do. Think about getting a job or an education.

Seven years ago Feselea woke up with no memory of her past. Determined to understand the mystical mushroom-filled world around her, she picked up a journal at a convenience store and began writing. From her loneliness to her relationships, from thieves to getting lost, from scientific inquiries to investigations into the sentience of mushrooms, Feselea's Journal records her seven years in this new world.

This is what makes a fantasy world real—experiencing life in a strange land through the eyes of the character…until the land is less strange and just a little more like home to us. Until we can reach out and touch it. Close our eyes and imagine ourselves standing there. It's what fantasy is all about. Total immersion in the created world.
Read more
Other Formats: Paperback 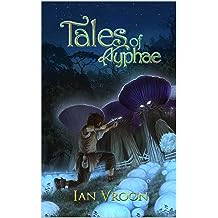 Tales of Ayphae: The Flames Chronicles, Prequel to Book One Sep 12, 2019
by Ian Vroon
( 3 )
$5.99
Mushrooms that fly, spin, or stomp in a beat. Flowers that light up in ripples. A land where farming is the highest occupation and caterers are celebrities. Welcome to Ayphae.All events and characters in Ayphae find their beginnings here. Joven Marshalltoe, a responsible farmer whose path will take him places he could have never dreamed. Nickolar Elegard, the sensitive ranger whose convictions will change his path. And May Evelar, the exuberant field scientist—whose goals are to discover more of Ayphae’s secrets while maintaining respectability. All three paths will cross in time.This compilation of short stories can be read before or after Ayphae—and though both stand alone, Tales of Ayphae is the prequel to Ayphae.
Read more
Other Formats: Paperback