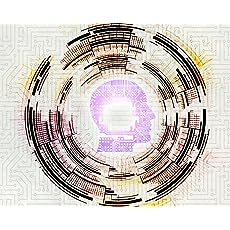 Ian Williams is a Science Fiction writer from the UK. His first book, Transitory, was published on Kindle in 2014.
Read more 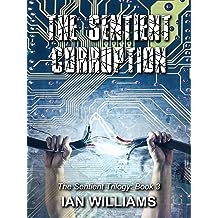 The end is here. The war has now arrived. The fight back must begin.

The events in The Sentient Collector and The Sentient Mimic have placed many in a terrifying situation. With the enemy now in complete control of the city, the citizens of New Chelmsford are facing a desperate struggle. Survival is now a matter of how well those that are left alive can hide.

But there is still hope in the war against Isaac and his growing force of mindless soldiers. An heroic mission has been put forward that aims to pave the way for one last battle. Will it succeed or will it place even more innocent people in danger?

Follow familiar friends as they battle to overcome the worst of Isaac’s terrible plans. Who will survive? How many will die?


>>>This is the exhilarating conclusion to The Sentient Trilogy 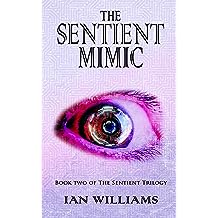 The Sentient Mimic (The Sentient Trilogy Book 2) Sep 30, 2015
by Ian Williams , Sue Soares
( 4 )
$3.69
After the devastation caused to the city at the end of The Sentient Collector, those left to clean up the mess are unaware that the threat still remains. Finding out the truth will bring forth a new nightmare. Only in what form that threat will come, is beyond anything the citizens of New Chelmsford could ever have imagined.

Called into action by a mystery arrival, Phoenix must again venture into dangerous territory to uncover what lies beneath. To repay a debt she will go to Hell and back, if that is what it takes.

Elsewhere in the city, DCI Conrad Robinson faces his hardest case yet. In all of his 39 years as a police officer he has never seen such violence, such disregard for human life. Who is behind these gruesome murders? And why are they targeting citizens of New Chelmsford? Solving the case will either end his career, or end him! 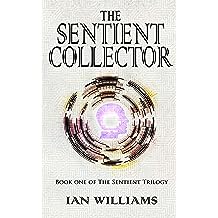 The Sentient Collector (The Sentient Trilogy Book 1) Jan 17, 2015
by Ian Williams , Sue Soares
( 22 )
$2.99
In 2058 everything and everyone is connected to the Simova network. 24 hours a day, this super intelligent system keeps a watchful eye on those it dutifully serves and provides for. But few know of its fundamental flaw. It is plagued by tiny corruptions, called Malicious Awareness and Resurgent Corruptions, that play havoc with any nearby devices. Find one of these in your home and you will soon know of their destructive nature.

For Graham, dealing with MARCs is just one part of his job as a Simova technician. He is the person you call when you face such a problem and want it removed. And yet even he does not know the truth. Unfortunately for him that is about to change.

Follow Graham, Phoenix and Kristof as they are dragged into a plot that threatens their entire city. Three characters from very different walks of life are brought crashing together in a thrilling battle of will against a seemingly insurmountable enemy.


Book one of The Sentient Trilogy.
Read more
Other Formats: Paperback

There, visitors venture into their own memories for entertainment. With the help of an ancient race of space-dwelling aliens, they can revisit their fondest moments, see lost loved ones again, repeat their greatest achievements, or even return to their childhood.

But what starts as fun for Nate soon turns into a deadly nightmare. He enters the rift and witnesses his past, only to find it replaying in a different way. Has he remembered it wrong, or is something far more disturbing happening?
Read more
Other Formats: Paperback