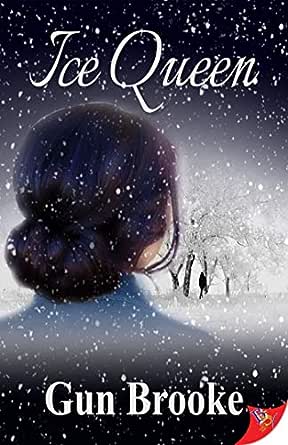 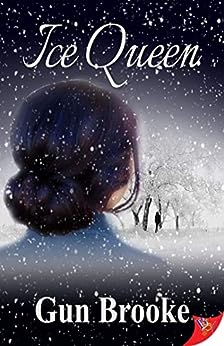 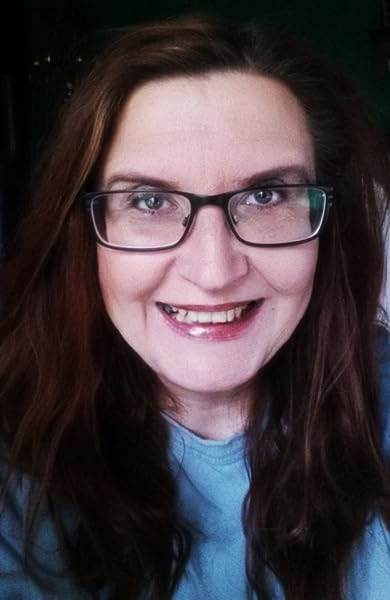 Gun Brooke resides in the countryside in Sweden with her very patient family. A retired neonatal intensive care nurse, she now writes full-time, only rarely taking a break to create websites for herself or others and to do computer graphics. Gun writes both romances and sci-fi. --This text refers to the paperback edition.

Lyle
4.0 out of 5 stars A Good Read
Reviewed in the United States on February 22, 2021
Verified Purchase
Gun Brooke did a great job with both the storyline and the interesting and unique characters.

Love how she did their chemistry.
Read more
Helpful
Report abuse

TGhost
5.0 out of 5 stars Ice Melts
Reviewed in the United States on February 9, 2021
I loved this book! I mean, yes, the title got me. Who's not a sucker for a good ole fashion ice queen story? But I really liked both characters a lot and thought their chemistry was off the chart.

First thing, I felt like both Susanna and Aislin were well developed. I knew what kind of people they both were right from the start. I think both their internal monologues and the fact that you got both sides of their story helped a bit with getting into their heads.

I also enjoyed how they sort of met through Cynt but also not. When I read the description, I thought all their interactions would be through Susanna's daughter but they weren't. I don't want to give any spoilers away, but it was fun to read how two sides of their lives came together and forced them to figure out whether to ignore their first meeting or not.

Which brings me to how much I loved Aislin. You would expect her to be intimidated by Susanna, but she wasn't at all. She was incredibly bold and open, which helped Susanna come out of her shell. She was the real strength of the book, despite the title!

Last thing, this book is technically part of a series, as other characters from other books by Gun Brooke make appearances. Having said that, I didn't feel like you needed to read them to enjoy this one. I do want to go back and read the others, but only because I liked this one so much.

Ice Queen is number five in the Coffee Sonata universe. I’ve not read any of the previous books and I never felt I was missing anything. For those who would be interested, it did seem like most of the main characters from the previous books made an appearance here.

Aislin is a counselor at the local public high school and meets Cynthia (Cynt) at coffeehouse. Cynt is going through some things at her private prep school and starts opening up to Aislin. When Aislin meets Cynt’s mother, Susanna, to discuss transferring schools they realize they recently encountered one another at a dance club. Their initial attraction from the club continues to grow and soon they start a romantic relationship.

I can’t say that I loved this one, or even liked it really but I can’t say I disliked it either. I found it to be average. I think most of my reasoning is because I liked Susanna, but I didn’t care for the reasoning behind some of her issues. I didn’t find her to be at all “ice queen” like. I found her to be more guarded and just busy with her work. She’s the CEO of a fashion conglomerate and has tens of thousands of people under her. My main issue, because of her work, is that that her relationships suffer because she is absent. She is an absentee mother and it sounds like that’s how she was in her previous marriages. She realizes it and while she does seem sad about it, she doesn’t really do anything to change it. I would think as a CEO with all her employees that she could delegate to make time for her family, or at least try. I just didn’t see how she’s going to be any different in the future for Cynt or Aislin.

As far as the romance goes, it’s a bit a slow burn with an age gap for those who are interested in that. I say it’s a slow burn but I was also surprised by how quickly the I love you’s came. A good part of their beginning interactions dealt with Cynt and her school issues. Both Aislin and Susanna are guarded with their hearts so them declaring love after less than two months was unexpected. I would have liked more depth to their relationship as most of it seemed superficial.

I did appreciate that the black moment doesn’t really happen and the drama is saved by them having an actual conversation. They’re open with their fears and discuss it like the adults they are.

I received an ARC from NetGalley and Bold Strokes Books in exchange for an honest review.
Read more
One person found this helpful
Helpful
Report abuse

Bonnie Sherrard
4.0 out of 5 stars Very enjoyable read.
Reviewed in the United States on February 16, 2021
This is a book following the lives and loves of women living in the community of East Quay, Rhode Island.
Susanna Garry has worked hard to get where she is today the CEO of a large international fashion conglomerate. While she thrived at her high stress career but in making her way to the top she has lost her way when it comes to her 14 yr old daughter, Cynt. All she knows is that her daughter doesn’t want to be around her, which is far from the truth. Cynt is being bullied but doesn’t feel like her mom would or even want to help her through. Cynt is enrolled in the Drew Academy, a school known for its ability to help their students get in the ‘right’ colleges.
Aislin Kennedy works as a high school counselor at the local public school East Quay Highschool. Aislin loves her job, helping students reach their full potential whether it is going on to college or finding work working in the trades, being anything from a welder to an electrician, etc. But when it comes to the wages she earns she always finds herself barely being able to keep herself afloat.
When Aislin's car breaks down, again, she relies on the bus to make her way around. But when she misses the bus she decides to wait for the next one at a local coffee shop. It’s there she meets and starts talking with a young teenager who’s having a hard time. After this it’s agreed that with Cynt mothers permission she would start helping where she could, hoping to bring mother and daughter closer.
Now Aislin had met Susanna before, at a nightclub where the two women shared a dance. Both were instantly drawn to the other but would the rich, powerful Susanna ever have anything to do with Aislin. Susanna hasn’t had a relationship in a while, they have just never worked for her. Aislin has her own past she’s still dealing with. Was she willing to try with Susanna. Ms Brooke knows how to tell a story and she always brings us up to date on what’s happening with the various characters from other books that used East Quay as a backdrop. Here she gives us an easy, interesting cast that you can’t help but like. Very, very enjoyable read.
ARC via NetGalley/Bold Stroke Books
Read more
Helpful
Report abuse
See all reviews