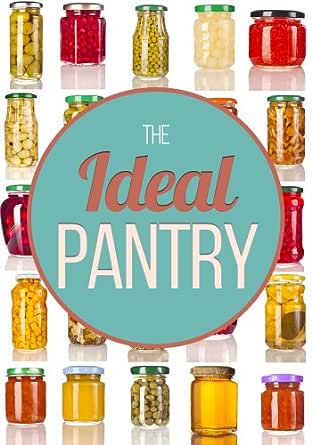 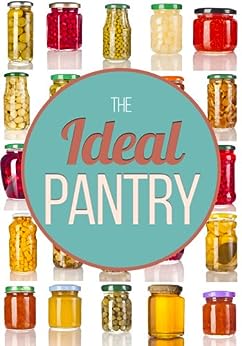 3.9 out of 5 stars
3.9 out of 5
86 customer ratings
How does Amazon calculate star ratings?
Amazon calculates a product’s star ratings based on a machine learned model instead of a raw data average. The model takes into account factors including the age of a rating, whether the ratings are from verified purchasers, and factors that establish reviewer trustworthiness.
Top reviews

TerryC
1.0 out of 5 stars Waste of money
Reviewed in the United States on October 6, 2015
Verified Purchase
This is a huge waste of time. Though it purports to be a guide to pantry-building techniques, it reads more as a long commercial for coconut oil and juicing. The first section repeats general rules for canning, several times, in some kind of "cutsey" fashion. I'm a firm believer in using humor to help students learn and remember, but by about the fourth iteration, I think we have it. An important thing is conspicuously missing: recipes! If you are going to write a book on canning and drying food, don't you think a few recipes are in order? There is a good discussion about the difference between water bath and pressure canning, but as well as the lack of recipes, there is a serious error in the methodology. Lest you think I'm being snooty about the lack of recipes, here's the final paragraph of the first section."We're going to introduce some USDA approved canning recipes for our next section. We'll start with hot water canning, followed by pressure canning recipes. Bon appetit!"
Following this is an entire section devoted to coconut oil, which is this year's Fountain of Youth. Than a bit on dehydrating (main focus: jerky) then a bit on apple cider vinegar, then juicing. My advice? Spend the $2.99 to print out some recipes from Pinterest.

DD Gott - Donadees Corner
5.0 out of 5 stars The pantry and beyond.
Reviewed in the United States on May 15, 2014
Verified Purchase
This was so much more than just the pantry! Canning, juicing, dehydrating, picking and health suggestions, such as coconut oil. There are so many recipes, directions and instructions that you will have your pantry filled and your health back on track in a heart beat. I was totally surprised at the weekly of information in this little book.
Read more
17 people found this helpful
Helpful
Comment Report abuse

Nancy Brewer
1.0 out of 5 stars Neither comprehensive nor ideal
Reviewed in the United States on September 28, 2015
Verified Purchase
The author expounds on the health benefits of coconut oil, Apple cider vinegar and juicing without any reference to scientific studies. You can't make these kinds of claims and just expect us to take your word for it.

I was expecting a comprehensive list of what should be in our ideal pantry and why. Did not get that.

Author's attempts at humor were just dumb. He has an imaginary friend named Bob, no reason for this either. Don't waste your time with this one.

TeaZillaTop Contributor: Pets
VINE VOICE
5.0 out of 5 stars Perfect little book to get you on your path to living cleaner and healthier.
Reviewed in the United States on December 3, 2015
Verified Purchase
I love this book. It goes far beyond what all I thought it would. I not only want it for my book shelf but I was thinking of getting them to give to my students. I try to get them off of store bought canned food and into juicing, canning, dehydrating foods and using apple cider vinegar and coconut oil. It is a great little book to get people started on a clean and healthy path. It has some good resources in it. It has some good recipes. It is a great little book. I look forward to seeing more of what the write. I love their mission.

I am grateful that Ben Night put this out there. I am always looking for great books like this to give to my wellness students and health coaching clients. I am very grateful that I did not have to write it. <3 <3 <3 <3 <3 {5 Hearts}

Barb Szyszkiewicz
1.0 out of 5 stars Author encourages pirating music CDs
Reviewed in the United States on June 22, 2016
Verified Purchase
I'm sure the author wouldn't be very happy if people pirated his book, but he's quite comfortable stating (at location 305 in the Kindle version): "I also have a CD copy of Billy Joel's Greatest Hits that a friend burned for me. It's my favorite album ever and I can't "can" without it. But rather than go to the store and spend a bunch of money on a CD, I just had a friend make me a copy."
That was the deal breaker for me. Did not finish. This is a nonfiction book with instructions for cooking and canning. Encouragement of musical piracy has no place here.
Read more
Helpful
Comment Report abuse

LindahTop Contributor: Cooking
4.0 out of 5 stars Great for new housewifes and people living off grid for the first time.
Reviewed in the United States on December 13, 2015
Verified Purchase
The writer gives you an overview of how to preserve different foods in different ways that you can store in your pantry. Do you have the equipment and space to store home canned produce, meat, etc. Coconut oil and cider vinegar are explained and examples of their uses are outlined. Do you want to try dehydration. Good explanations of various types are given. Home made pickles are the best. She gives you other sites to check out. Need some recipes for juice.
Read more
Helpful
Comment Report abuse

Kindle Customer
1.0 out of 5 stars Deceptive title
Reviewed in the United States on October 3, 2015
Verified Purchase
Deceiving title. The "comprehensive food remedies" consisted of using coconut oil, apple cider vinegar and juicing. Reads like the author mashed 3-4 books together without bothering to reorganize it. He first covers canning, then switches to talking about coconut oil, then switches to other preservation techniques, goes back to talking about apple cider vinegar then includes a very odd section on juicing with no transitions between the main topics.
Also, you should not tighten the rings around your cans before storage. The rings may artificially keep the lids sealed. It can also harbor moisture/food/mold.
Read more
Helpful
Comment Report abuse
See all reviews from the United States

Sarah Newbery
4.0 out of 5 stars Good!
Reviewed in the United Kingdom on September 28, 2015
Verified Purchase
Very detailed and a bit of humor too, just not my thing.
Read more
Helpful
Sending feedback...
Thank you for your feedback.
Sorry, we failed to record your vote. Please try again
Report abuse

Pete d
4.0 out of 5 stars Buy before you stoock up your pantry.
Reviewed in the United Kingdom on April 24, 2015
Verified Purchase
Comprehensive and helpful book.
Read more
One person found this helpful
Helpful
Sending feedback...
Thank you for your feedback.
Sorry, we failed to record your vote. Please try again
Report abuse

Julie carter
1.0 out of 5 stars Dissappointed
Reviewed in the United Kingdom on October 17, 2015
Verified Purchase
Simple could not open it so have no idea what or how good the contents are
Read more
Helpful
Sending feedback...
Thank you for your feedback.
Sorry, we failed to record your vote. Please try again
Report abuse

Amazon Customer
1.0 out of 5 stars One Star
Reviewed in the United Kingdom on October 17, 2015
Verified Purchase
Good if canning is your thing. Coconut oil a little more vague.
Read more
Helpful
Sending feedback...
Thank you for your feedback.
Sorry, we failed to record your vote. Please try again
Report abuse

Almeda
5.0 out of 5 stars Apple cider vinegar
Reviewed in Canada on December 9, 2015
Verified Purchase
Had to adjust to taste if vinegar .very good book explaining canning . I better understand the process now that I've read this .
Read more
Helpful
Sending feedback...
Thank you for your feedback.
Sorry, we failed to record your vote. Please try again
Report abuse

jayne colledge
1.0 out of 5 stars One Star
Reviewed in the United Kingdom on July 10, 2014
Verified Purchase
Not useful
Read more
Helpful
Sending feedback...
Thank you for your feedback.
Sorry, we failed to record your vote. Please try again
Report abuse