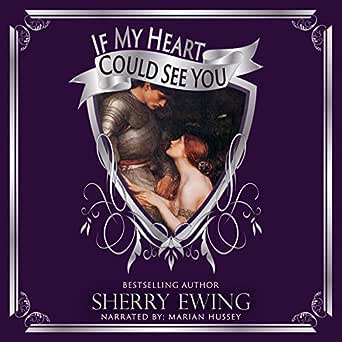 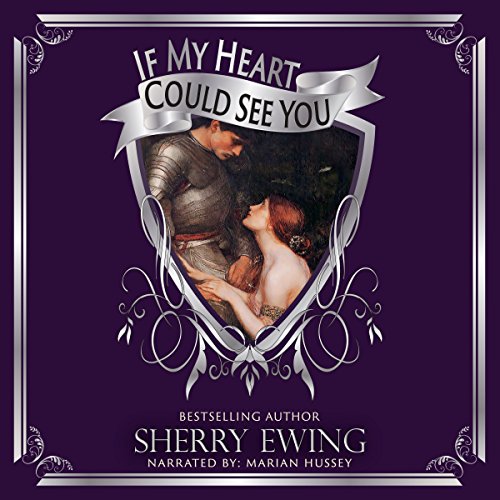 If My Heart Could See You

4.4 out of 5 stars
4.4 out of 5
185 global ratings
How are ratings calculated?
To calculate the overall star rating and percentage breakdown by star, we don’t use a simple average. Instead, our system considers things like how recent a review is and if the reviewer bought the item on Amazon. It also analyzes reviews to verify trustworthiness.
Top reviews

Kindle Customer 123
5.0 out of 5 stars The Fire of the Dragon!
Reviewed in the United States on October 1, 2020
Verified Purchase
Wow! What a Awesome story! Sherry Ewing weaves a story from beginning to end with threads of the dark and turbelent times between medieval England and Scotland. If My Heart Could See You comes to life with all the suspense, vengeance, danger and strife in this rollercoaster ride full of tension-building twists and turns that will keep you sitting on the edge of your seat. It's a story with remarkable emotions, filled with characters that come off the pages and pulls you into their tale, that is smoothly written, with a excellent plott, great dialogue and with scenes are so strikingly detailed that it paints an incredible backdrop that makes you feel like you are one with the story which brings this read together perfectly.
Read more
2 people found this helpful
Helpful
Comment Report abuse

Book Fanatic (New Mexico)
5.0 out of 5 stars HEART POUNDING ACTION
Reviewed in the United States on July 23, 2014
Verified Purchase
This is an outstanding first novel by this promising new author. It was very hard to put down and I spent many nights staying up until the wee hours of the morning! What sets this book apart from other historical romance books that I've read is the character development. I felt that I really understood each of the characters, and not just the main ones. I cared what happened to them and found my heart pounding out of fear when something was about to go wrong. I'd love to see another book in which we get to see the two main characters again. This is an author to watch...I truly believe we will see more five star books!
Read more
35 people found this helpful
Helpful
Comment Report abuse

Sahar's Beaded Creations
5.0 out of 5 stars An Excellent Historical Romance
Reviewed in the United States on May 17, 2020
Verified Purchase
This is one of the best historical romance books I have read. I was amazed to find out it was the author’s first book. It has great detail, romance, action, and adventure that will keep you turning the pages. Amiria and Dristan might find love, but their path won’t be an easy one. Amiria has secrets, and she fights her feelings for Dristan. After all, he invaded her castle, and many lives were lost. Is it possible to love the enemy? Besides the demons from within, Amiria and Dristan must fight enemies that would do them harm. There is treachery and deceit afoot. The action kept me reading from the very first page to the very last. I did not want to stop reading.
Read more
2 people found this helpful
Helpful
Comment Report abuse

duelalias
5.0 out of 5 stars A must read
Reviewed in the United States on October 4, 2020
Verified Purchase
This is a fascinating, suspenseful and dramatic story. Dristan is tasked by the King to take over Berwyck Castle and marry the eldest daughter. He easily takes the castle, but is told that the daughter is away. He sends for her, then gets down to the business training his men, including those that were from the previous lord. Amongst the men of the castle was the son of the previous lord, Aiden, whom Dristan trained harder than the others because he seemed weaker than the rest. Unbeknownst to him, Aiden is actually Amiria, Aiden's twin sister. The story is filled of intrigue, betrayal, drama, friendship and romance. Dristan and Amiria are both strong and loyal, but Amiria is much more stubborn than Dristan, and Dristan is much more conceited than Amiria. The storyline captures your attention from the beginning, and holds it until the last word. It's a must read to add to your TBR list.
Read more
One person found this helpful
Helpful
Comment Report abuse

DottieSivo737
5.0 out of 5 stars Love Sweeps The Medieval Highlands!
Reviewed in the United States on June 15, 2016
Verified Purchase
This is the second book I've read from Sherry Ewing, and I enjoyed it every bit as her Christmas Novella "Under The Mistletoe"!

"If My Heart Could See You" is a sweeping tale of love between bitter enemies on the medieval Scottish border. Berwyck Castle has known peace under the rule of the MacLaren clan for around sixty years, but all of that is about to change. As two kings struggle for control and power of the region, the threat that war will come to Berwyck is imminent. The enemy is coming to claim the region for England, by order of King Henry, and the castle along with its inhabitants for himself. There will be blood and victory.
Our hero is a calloused warrior for the English, a man whose reputation precedes him as a dragon. Our heroine, the eldest daughter of the Laird MacLaren is quite the match for our dragon. She's every bit as fierce and fearless as she takes matters into her own hands to protect her family. She disguises herself as her twin brother and trains alongside the dragon... never expecting to fall in love with him!

"If My Heart Could See You" is well written and researched, complete with multidimensional characters! In fact, the author has written a character that I truly despise. Even though I hate her I can't help but find myself hurting for her during these struggles... ah SABINA... silly wench!
Upon finishing the story I'm very excited that there are more tales of Berwyck Castle from this author! In fact, I have the next three books in the series ready to read!

I gave this book 5 stars because all the elements added up beautifully! (Enjoyable storyline, well researched, imaginative, great cast of characters and tastefully done romance!)

sherry Christenson
4.0 out of 5 stars Get lost in Berwyck Castle
Reviewed in the United States on January 10, 2019
Verified Purchase
Having read other books further in the series I held off reading this one as I couldn’t imagine Amiria falling accepting Dristan taking her family home. But I love all the other books set at Berwyck castle so I needed to know how it all began. I was hooked in just the first few pages but found myself completely rooting for her and Ian even though I’ve read Ian’s book. I genuinally enjoyed the story, the characters, the setting all of it. But as I expected I have a hard time accepting Amiria will fall so easily and that her family would forgive so easily the man who murdered their father and family guards. I had to keep forcing myself to go with the story as Amiria is so strong and loyal to her clan and family that it just seemed like her characters would have had a much harder time forgiving Dristan. I didn’t feel the hate that should have been there. That said I just ignored that fact and went with the story and I enjoyed it very much
Read more
2 people found this helpful
Helpful
Comment Report abuse
See all reviews

Kay A
3.0 out of 5 stars Two point five stars
Reviewed in the United Kingdom on August 17, 2015
Verified Purchase
I almost gave up on this book as the attempt at old English language was too annoying for words. It felt really forced and not at all necessary. If using this format, be consistent rather than having 5 'twas and afores on one page, followed by several pages where were back to modern English .That said I stuck with it because I did like the different characters in the book. It was potentially a good plot, but became increasingly more unbelievable as the book went on, and bad situations were sorted out at far to fast a pace almost as if the author could see the end in sight and was galloping towards it having lost interest in portraying any great detail. I would have liked to find out what happens to Ian, but I notice that her follow up book is about Riorden which would be fine except she has decided to make it a time travel sequel, and as I read historical books to escape from the present day I have no desire to read it. Shame.
Read more
2 people found this helpful
Report abuse

Kindle Customer
2.0 out of 5 stars Poor ending
Reviewed in the United Kingdom on May 30, 2017
Verified Purchase
This story, like many similar ones, is about a knight who is given a castle by his King. He takes the beautiful but feisty daughter of the previous Lord in marriage. There are naturally many differences in this story which would spoil it if mentioned.

The ending is less than satisfactory as the feisty daughter has a twin brother Aiden, who went missing at the beginning. He returns months later at the end of the book and three sets of knights do battle. Aiden then goes off without any explanation only to turn up yet again. No fits of anger or need to avenge his sire' s death? No absolutely not!!! It is a romance, I hear you say. Yes, but a bit of realism would not come amiss.
Read more
Report abuse

cornishmary
4.0 out of 5 stars A good story.
Reviewed in the United Kingdom on December 16, 2016
Verified Purchase
A very good story, but spoiled in some ways by the poor spelling of some words and incorrect plurals (using an apostrophe where it does not belong) which is an annoyance. I felt that there were a couple of lose ends which would have been better to have been attended to, rather than being ignored. The narrative would have been better if told in modern English, but did not spoil the actual story which had a good plot. Certainly good for holiday reading.
Read more
One person found this helpful
Report abuse

Ann L
3.0 out of 5 stars Exciting
Reviewed in the United Kingdom on October 2, 2020
Verified Purchase
Exciting and entertaining story, an enemies to lovers story that ticks all the boxes for fun and adventure and fantastic characters.

I received a free copy of this book via Booksprout and am voluntarily leaving a review.
Read more
Report abuse

sandy
5.0 out of 5 stars excellent
Reviewed in the United Kingdom on July 26, 2020
Verified Purchase
a really good read. i have got three of this author's book's and have found they are all really good. they are all interesting and soon as you start reading you don't want to put them down
Read more
Report abuse
See all reviews