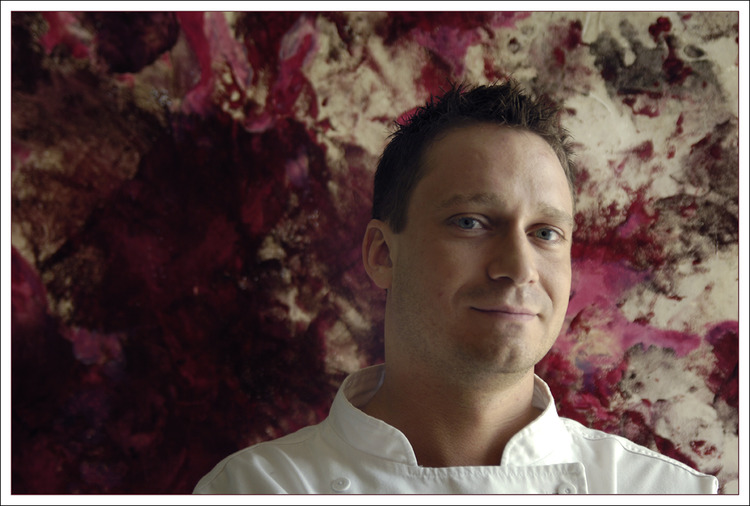 If It Makes You Healthy: More Than 100 Delicious Recipes Inspired by the Seasons Hardcover – March 29, 2011

“More personal and more enlightening than the typical celebrity cookbook, this health-focused collection from Sheryl Crow and her personal chef is a refreshing addition to an increasingly crowded field. When the singer-songwriter was diagnosed with breast cancer in 2006, she reassessed her eating habits, which consisted of on-the-run tuna sandwiches and catered dressing-room food. The self-admitted noncook consulted with a nutritionist and hired chef Chuck White to cook for her on the road. This collection of recipes represents his greatest hits―a warm hummus soup with cilantro pesto and garlic pita chips, and a tuna salad freshened up with green apple. Though Crow has not adopted a vegan lifestyle, many of these dishes are meatless, emphasizing colorful vegetables and fresh preparations. Exotic inventions include a sophisticated spin on peanut butter and jelly that incorporates cashew butter and fruit. Other dishes swap out ingredients to make comfort foods more wholesome and nutritious: a vegan reuben made with "corned beef seitan" and a chocolate mousse made from whipped avocado. Crow's nutritionist, Rachel Beller, offers tips throughout to educate readers. White's easy-to-follow recipes, coupled with Crow's down-to-earth narrative, make their collaboration a successful duet.” ―Publishers Weekly

Crow remembers the delicious “Midwestern fare” her mother served when she was growing up, but as a busy, successful artist, her diet consisted of dressing-room junk food and room service. A breast cancer diagnosis in 2006 became the life-altering “game-changer” that spurred her to adopt a diet rich in sustainable, organic foods. Joined by her longtime personal chef Chuck White, the cookbook’s multifaceted recipe sections are grouped by seasons: Items like stuffed avocados, Southern Cobb Salad, Pecan-Crusted Trout and Lemon-Vanilla Panna Cotta are spring and summer tour favorites, while winter months spent in the studio feature Warm Hummus Soup, Barley and Vegetable Risotto, Five-Spiced Pork Tenderloin and her Mom’s Reconstructed Chili. Many of the recipes are supplemented by Crow and White’s smart, appealing cooking and food recommendations (ceviche, country ham, quinoa), along with quick factoids on everything from wasabi to grass-fed beef from Crow’s former dietitian Rachel Beller. Crow doesn’t deny herself the “10 percent cheat zone” and guiltlessly indulges in desserts like Vegan Chocolate-Mint Brownies and Banana Bread Pudding. Each section is clear and well organized, accented by generous photographs of the finished products and of Crow in the kitchen, on the road and alongside her two adopted sons.

SHERYL CROW is an accomplished singer-songwriter and musician who has won nine Grammy awards and sold more than 31 million albums. She has performed with the Rolling Stones and has sung duets with Mick Jagger, Michael Jackson, Eric Clapton, Sting, and countless others. She and her two sons live outside Nashville, Tennessee.

CHUCK WHITE is a professionally trained chef who has worked in some of the country's most acclaimed restaurants including the Hermitage Hotel in Nashville, The Little Nell in Aspen, and Splendido in Beaver Creek. Chuck has cooked for several high-profile clients and has been working exclusively with Sheryl Crow since 2006, both at home and on tour.

4.2 out of 5 stars
4.2 out of 5
69 customer ratings
How does Amazon calculate star ratings?
Amazon calculates a product’s star ratings based on a machine learned model instead of a raw data average. The model takes into account factors including the age of a rating, whether the ratings are from verified purchasers, and factors that establish reviewer trustworthiness.
Top reviews

Stina
5.0 out of 5 stars YES!
Reviewed in the United States on February 13, 2013
Verified Purchase
I borrowed this book from the library and loved it so much that I ordered it from Amazon immediately. Celebrity endorsed cook books are usually pointless (which still doesn't stop me from buying them) but this one is a genuinely a great cookbook with excellent ideas and creative food combinations for healthy eating. I'll admit that I usually skip the stories and anecdotes sections of most cookbooks so I can't offer much feedback there but I have tried at least half dozen recipes already and they all have been perfect. The soups are fantastic. I was also pleasantly surprised at the price point. Excellent buy.
Read more
3 people found this helpful
Helpful
Comment Report abuse

Lisa
5.0 out of 5 stars Love!
Reviewed in the United States on October 5, 2019
Verified Purchase
I love Sheryl Crow so when I found out she had a cookbook I had to buy! I am planning on making some of these recipes very soon as I just got the cook book.
Read more
Helpful
Comment Report abuse

mir
5.0 out of 5 stars inspiring book
Reviewed in the United States on July 19, 2019
Verified Purchase
I love Sheryl's music and now I enjoy the insights into healthy diet, not to mention delightful pics of her and the chef. And food, of course.
Read more
Helpful
Comment Report abuse

P. Christie
3.0 out of 5 stars Great book, but not for folks living in isolated areas
Reviewed in the United States on July 13, 2012
Verified Purchase
I purchased this book after hearing an interview with Sheryl about it on the radio. It is indeed wonderful and full of great recipes. I am not able to make use of them however, as I live in a VERY rural area and many of the items used in the recipes are simply not available to me to cook with. If you live in an area with a small grocery store, etc, but warned some items may be hard to come by. I will be passing this lovely book on to a friend in a larger food market!
Read more
2 people found this helpful
Helpful
Comment Report abuse

Tracy
5.0 out of 5 stars Love it!
Reviewed in the United States on May 15, 2011
Verified Purchase
I bought this book as a gift - and have since purchased it 3 more times as gifts - and one for myself. I'm not big on famous people making cook books, but I was intrigued by Sheryl being a breast cancer survivor. I love the stories and tips and the information on cancer fighting foods. I've made about 10 recipes so far. The recipes are relatively easy to follow - however, some are not precise. I prefer to be told 1 tblsp of lime juice rather than "juice from half of a lime." The food has turned out really really good and I've been very pleased with that. Even my kids (ages 5 and 3) eat the foods from this cookbook. So, my 2 cents are - This is one "famous person cookbook" I'm very glad I own.
Read more
9 people found this helpful
Helpful
Comment Report abuse

Missouri Deb
5.0 out of 5 stars Hometown girl
Reviewed in the United States on January 10, 2012
Verified Purchase
Being from Kennett, MO, I have to say I love this book. Sheryl has down to earth recipes by her chef. It makes you feel like if you only got busy in cooking them, you could eat healthy, too. The stories of her family and pictures make it even better to look through. Would recommend it to anyone that is a Sheryl Crow fan or a fan of good recipes.
Read more
Helpful
Comment Report abuse

AD
5.0 out of 5 stars Healthy, Creative & Fairly Simple
Reviewed in the United States on August 14, 2012
Verified Purchase
I bought this cookbook for myself after reading through a friend's, and then recently bought a copy as a gift for another friend. As cheesy as the title of the cookbook may be, it is really a great read, and the recipes are straightforward and the ingredients are not too involved. I love that it is broken down into seasons, so that it highlights fruits and vegetables that are best during each season of the year. My go-to recipe is the Cucumber-Avocado soup - fantastic! I definitely recommend this cookbook for those who enjoy healthful, fresh foods.
Read more
3 people found this helpful
Helpful
Comment Report abuse

J. Dugan
5.0 out of 5 stars LOVE
Reviewed in the United States on December 5, 2011
Verified Purchase
I had read an article about this book and was interested in eating healthier so I bought it. I have tried seven recipe so far and have been very happy with all of them. Nothing has been too difficult but I am an above average cook so that may factor in it a bit. I wish that there were more savory recipes and less desserts and leave the Vegan recipes out. This book would not be helpful to a Vegan because who would be a cookbook for a few recipes and the flip side being, as a non vegan I dont want a Vegan recipe.
Read more
2 people found this helpful
Helpful
Comment Report abuse
See all reviews from the United States

Steve M
4.0 out of 5 stars Worth a look if you wanna improve your diet
Reviewed in the United Kingdom on May 5, 2014
Verified Purchase
Good book based on sound nutritional guidelines. Not made anything from it yet but certainly will do. Well worth a look if you are looking for inspiration on improving your diet.

Sheryl looked amazing in the photos

Ms |Norma J Beckford
4.0 out of 5 stars Generally an interesting book
Reviewed in the United Kingdom on April 28, 2013
Verified Purchase
Interesting recipes. Has added to my collection around organic food etc. Mostly increased my knowledge around food that fight cancer. Good book . Could do with many more recipes though.
Read more
Helpful
Sending feedback...
Thank you for your feedback.
Sorry, we failed to record your vote. Please try again
Report abuse

Connie M. Mackey
4.0 out of 5 stars Sherl Crow's If It makes you healthy
Reviewed in Canada on September 18, 2012
Verified Purchase
I enjoyed reading the recipes in this book. This is not a recipe book for beginners! I also liked the way the recipes are sorted by the seasons.
Read more
Helpful
Sending feedback...
Thank you for your feedback.
Sorry, we failed to record your vote. Please try again
Report abuse

Arizona Brodie
3.0 out of 5 stars Not what I expected
Reviewed in the United Kingdom on August 12, 2013
Verified Purchase
All the recipes are vegetarian/vegan stuff, well, almost all. I was expecting great, healthy southern dishes but quite the opposite. Only two recipes in the whole book that I'd use, but that's just my personal preference in foods.
Read more
Helpful
Sending feedback...
Thank you for your feedback.
Sorry, we failed to record your vote. Please try again
Report abuse