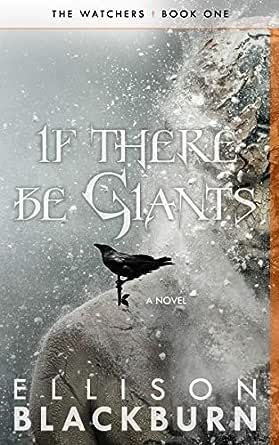 You've subscribed to The Watchers! We will preorder your items within 24 hours of when they become available. When new books are released, we'll charge your default payment method for the lowest price available during the pre-order period.
Update your device or payment method, cancel individual pre-orders or your subscription at
Your Memberships & Subscriptions
There was an error. We were unable to process your subscription due to an error. Please refresh and try again. 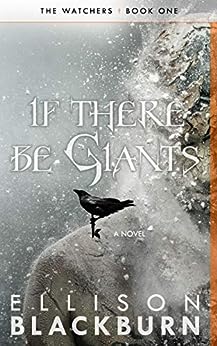 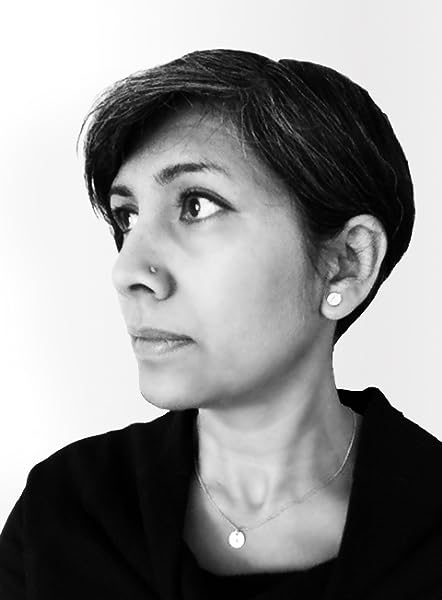 If There Be Giants: a Novel (The Watchers Book 1) Kindle Edition 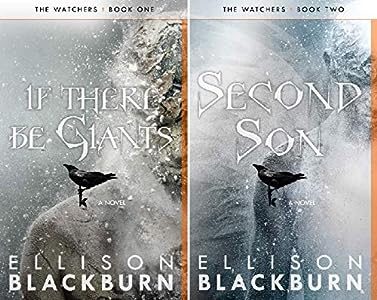 What readers are saying about If There Be Giants:

Ellison Blackburn is the author of several works of fiction including the speculative Fountain science-fiction trilogy and the Watchers urban-fantasy series as well as the time-travel Victorian mysteries featuring the Chicago St. Clairs.

Unlike other writers who knew what they wanted to be when they grew up, Ellison came into her own as such only a few years ago. Despite earning degrees in Biology and English Literature, for many years, she followed a career path unrelated to either field. It was not until she had penned her first novel that her education and work backgrounds mingled sensibly.

In addition to storytelling, Ellison enjoys painting, traveling, watching documentaries and movies as well as reading novels and tales of mystery and suspense. Learn more at EllisonBlackburn.com, and sign up to get a free short story. --This text refers to the paperback edition.

3.2 out of 5 stars
3.2 out of 5
25 global ratings
How are ratings calculated?
To calculate the overall star rating and percentage breakdown by star, we don’t use a simple average. Instead, our system considers things like how recent a review is and if the reviewer bought the item on Amazon. It also analyzes reviews to verify trustworthiness.
Top reviews

WolfHawk
4.0 out of 5 stars Interesting Concepts overall
Reviewed in the United States on January 1, 2019
Verified Purchase
What would happen if archaeologists made a discovery that upset what science knew about our

This book provides one possible interpretation of what might happen if archaeology discovered something that went against everything science new about earth’s history. Our protagonist is Dr. Mallory Jacks. An archaeologist who has been enamoured with her chosen profession from childhood. She would prefer not to have to deal with publicity, politicking, and most human interaction; she wants to investigate and discover. Until she makes a major discovery necessitating her involvement with all of the above.

The story promotes interesting philosophical questions concerning the divide between science and religion. What if old mythologies were true? What if evidence was found indicating the world was much older, or younger, than science had established? How would the worlds’ governments and societies react?

Throw into this mix her first true love and you have a good character study which does not simply relay good personality traits. At times I found myself so agitated by Dr. Jacks self-inflicted blinders that I was literally talking out loud to the book telling her to get it together!

I do have one major complaint however. In the last half of the book we experience the death of a major character. We are given no explanation; no cause of death, no motive, no how, no why, no where. The character is suddenly just laying there on the ground, dead. In fact, as far as the reading up to this event, the character was not even in the same vicinity, they were in fact several hundred miles away and not due back for another day.

This incident took me completely out of the story. I began paging backwards to see what and how I had missed the necessary information. There WAS no information. Just plop there’s the body.

Other than this sizeable stumbling block I did find the rest of the story interesting.
Read more
2 people found this helpful
Helpful
Comment Report abuse

Miss Right
3.0 out of 5 stars A fine advrnture
Reviewed in the United States on March 26, 2018
Verified Purchase
This was fairly interesting. My only problem was with the author's word usage and syntax.
The voice was inauthentic. If it was intended to be pedantic, in the way of some old English novels, then it must be correct, as well as consistent.
Do not confuse "me" and "I", make sure your verb forms all agree, and certainly check that the verb matches the subject. Other than that, the premise was good, as were characterizations.
Read more
4 people found this helpful
Helpful
Comment Report abuse

Michele Ford
4.0 out of 5 stars More than 6000 years
Reviewed in the United States on December 29, 2018
Verified Purchase
Slow start but once it got rolling, I could hardly put it down. As an archaeologist myself, I enjoy reading stories concerning archaeology, especially with a female lead character. The plot twists were well-developed, as we're the characters. Loved it.
Read more
3 people found this helpful
Helpful
Comment Report abuse

SDP625
5.0 out of 5 stars Reading it again after owning the digital copy for two days
Reviewed in the United States on July 10, 2016
Verified Purchase
So far sooooo good!! I can't wait for the second installment of the series.
I purchased this book two nights ago. Night 1- stayed up late to read (which I haven't done in a long time!) Day 2-I rushed home from work to continue reading. I just finished and I'm already ready to reread it just to be sure I didn't miss any tidbits. The author wrote the storyline beautifully. It had just enough detail to paint a picture without being so wordy that you find yourself skipping over parts. My mind is reeling with questions. What will happen to Mallory? How will the find affect humanity? What's the deal with Keaton? Grey?! I have so many questions that I want answered, I'm really looking forward to future books in the series.
Read more
7 people found this helpful
Helpful
Comment Report abuse

Verified Purcher
5.0 out of 5 stars Great Story!
Reviewed in the United States on October 7, 2017
Verified Purchase
This was an amazing story. I thought if only it were true at first and then thank goodness it's not! It is an intriguing idea. I recommend this book whole heartedly.
Read more
5 people found this helpful
Helpful
Comment Report abuse

mp4655
4.0 out of 5 stars Slow start
Reviewed in the United States on January 21, 2019
Verified Purchase
Seemed to take a long time to get interesting, came close to putting it down then it finally started to get interesting. Not very believable and a little quirky but I enjoyed it. I don't plan to read The Watchers. Just not my kind of story line.
Read more
Helpful
Comment Report abuse

Jamyson
3.0 out of 5 stars Interesting
Reviewed in the United States on September 21, 2019
Verified Purchase
The story was engaging, but not spellbinding. The cross between Biblical lore and Sci-Fi/Fantasy brings up some interesting idea about God, Earth, and so forth. I rather liked the tale, but I think she could have ended on a happy note and not written the second book.
Read more
Helpful
Comment Report abuse

Lucy Randall
2.0 out of 5 stars Not my cup of tea
Reviewed in the United States on February 6, 2019
Verified Purchase
I have to admit that this book initially gripped me with the promise of some amazing revelation..and then it just became boring and hard to read.
Read more
Helpful
Comment Report abuse
See all reviews

sylvia Brimson
4.0 out of 5 stars Storyline
Reviewed in the United Kingdom on July 3, 2019
Verified Purchase
The subject of the story is fascinating & drew my attention. I did however find the early part of the book too wordy & certain words were clumsy & not well written. Nevertheless I enjoyed the book & have bought book 2.
Read more
2 people found this helpful
Report abuse

Tanyawriter
5.0 out of 5 stars Loved
Reviewed in the United Kingdom on October 8, 2018
Verified Purchase
A discovery could shake the foundations of everything they know. It may even make them question religion as well. What has been found? How will it affect everything? Read to find out
I received an advanced copy and I enjoyed it so much that I want to review
Read more
One person found this helpful
Report abuse

fred garwood
1.0 out of 5 stars There maybe giant wastes of time
Reviewed in the United Kingdom on July 28, 2019
Verified Purchase
Not at all what I was expecting. Randomly introduced characters and situations. Weak story line and not at all engaging
Read more
Report abuse

sharon pywell
4.0 out of 5 stars Pleasant read.
Reviewed in the United Kingdom on August 10, 2018
Verified Purchase
Kept losing where the characters and the story was at times.
Read more
Report abuse

Joan Burke
4.0 out of 5 stars Great story and realistic characters.
Reviewed in Canada on December 23, 2017
Verified Purchase
I found this book enthralling. I couldn’t put it down. The premise of the book has always intrigued me and I was so happy to find a fictional account that I could enjoy.
Read more
Report abuse
See all reviews