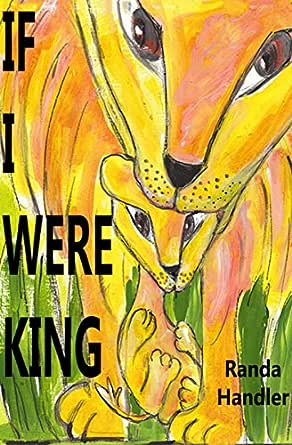 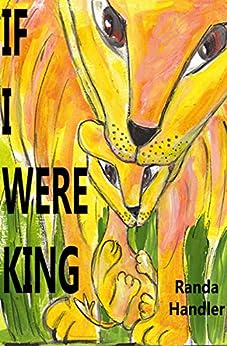 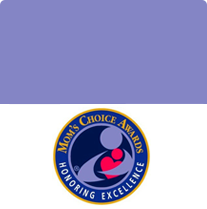 If I Were King Kindle Edition

Randa Handler is an international journalist, publicist and publisher. In 2003, her publishing co successfully launched an educational series of children's books that are still being used as 'lesson plans' by elementary school teachers. Handler is currently dedicated to writing and illustrating children's books with multiracial characters that instill a love of diversity. --This text refers to the hardcover edition.

3.5 out of 5 stars
3.5 out of 5
29 global ratings
How are ratings calculated?
To calculate the overall star rating and percentage breakdown by star, we don’t use a simple average. Instead, our system considers things like how recent a review is and if the reviewer bought the item on Amazon. It also analyzes reviews to verify trustworthiness.
Top reviews

Felix Delgado
5.0 out of 5 stars Excellent life lessons
Reviewed in the United States on April 10, 2019
Verified Purchase
This book is being donated to our local library. My wife was thrilled with the book.
Read more
Helpful
Comment Report abuse

Donna F.
2.0 out of 5 stars Regretting my purchase...
Reviewed in the United States on September 23, 2015
Verified Purchase
I was hoping to use this book for a unit in my preschool class, but definitely will not be! The story is way too wordy for young children and the pictures are cluttered and busy. Some of the animals are drawn well, others look awkward. The cover of the book I received is not as pictured. As for the 'moral of the story', consider this line from the end of the book (page 32): "She also learned to be very careful when making friends with strangers, first understanding what she had in common with them and making sure they would never hurt her." A lot of the book seems to say 'stick to your own kind'. I hope this is not what the author meant to convey, but that is how a lot of the book sounded to me.
Read more
Helpful
Comment Report abuse

Sue in CT
VINE VOICE
5.0 out of 5 stars Excellent Book but the target audience age should be raised to include 6.
Reviewed in the United States on March 19, 2014
Being a Grandmother of a twelve means I read a lot of children's books. I normally don't post them to my various sites/blog since they are usually are all short and sweet however every once in awhile I come across a book that stands out and "If I Were King" by Randa Handler is one such book.

First thing I noticed is the cover of the book. It is brightly colored which is a real eye-catcher to children as well as adults and based on the cover chances are this book involves animals. I know you shouldn't judge a book by the cover but in this case that assumption is correct. This is indeed a book about animals, jungle animals to be more exact, and the very important lessons they learn as well as the new things about themselves and others that they discover. And to top it off, the brightly colored pictures aren't only on the cover, they are throughout the book depicting scenes of what is going on in the story. Not every page has them but there is one every couple or so pages and the picture is about half the size of a page. In other words, this is not a picture book, it is a story with pictures included and there is plenty of 'story' to this book. Don't get me wrong! I don't mean this book is long and boring, it isn't. It is very well done without any typos (at least I didn't notice them) and actually I found not only the lessons very beneficial but the way the author wrote these discoveries/lessons I found quite amazing.

The story is about how these animals are bored and unhappy, not noticing the wonders around them in their environment. They complain each day is the same as the last and how boring it is being stuck in this routine. So they play a game of pretending they were king of the jungle. Now of course the lion is already king of the jungle so there is no fun in that for him so he pretends he isn't. (After all, if you play a game of pretend and you are already who and what you are, there is no fun in it...no pretending.) As the story progresses the animals take turns having all the animals pretending to do as they do and discovering that it really wouldn't work out for all of them. They are each individuals and have their own abilities and uniqueness that are suited for them. For example, the monkey said if he were king then all the animals would do as he does and swing from trees with their tails. Naturally the elephant thought this would be painful.

Another important lesson in the story is "knowing your turf." When I read it, I thought what you are probably thinking right now, know your grounds/surroundings but in this case 'turf' is not a place. You will have to read the story to find out what is meant by 'knowing your turf' but I just wanted to comment on this because of the way the author approached this subject (Great advise!) was fascinating and unique. Job well done!

Now down to the nitty-gritty of my personal thoughts and observations on this book. The author has this book listed for an audience of preschool/pre-reader. I read the book to my grandchildren ranging in age of one and a half (yes, I know this is way too preschool but it wasn't like I could have him leave the room just because I was reading a book beyond his capabilities of understanding) to six years old (I know this is beyond a preschooler) and I found the following:

One-and-a-half-year-old;
I could have been reading a phone book and he would have probably been just as happy although he did look at the pictures. So if you have this book and a young child like this, don't be afraid to read it to him even though he won't understand it for the most part, he loved the pictures and pointing out the "lion" which is one of his personal favorite animals since we watched "The Lion King" a million times.

Four-year-old (the target audience according to the author);
She understood the book (as I read I would stop every so often so we could discuss what happened in the book, their thoughts, and what they would do) although I can't help but feel that some of what the author tried to accomplish in the 'lessons' was lost simply because at the age of four, she isn't able to grasp some of these concepts since her social skills are limited. In other words, "friendship" is an abstract relationship to her and she doesn't understand/never experienced what a real friend is so 'knowing her turf' for her was somewhat lost. Not that I am saying that she was totally lost and didn't understand anything, she totally enjoyed the book and definitely understood some of it, if not most of it.

To conclude my thoughts, I would expand the target audience from just preschool to go up to and include first graders because it is a shame for any of these lessons to be 'lost' simply because a child isn't able to grasp the lessons yet. For some children school is their first time being exposed on a regular basis to other children their own age and making friends. (Remember that some children are 'only' children and live in very rural areas where the nearest child can be several miles away so socialization/friendship skills don't really start until kindergarten starts.) So for this reason I highly recommend this book for preschool to first graders.

*I received a free copy of this book for my honest review. This in no way influenced my opinion of the book.

Kathryn svendsen
4.0 out of 5 stars Engaging Tale
Reviewed in the United States on December 27, 2013
This was an engaging tale of a young zebra looking for a little excitement while playing with some of her jungle friends. Zebra learns that each of them have similarities and differences and it is important to respect those differences. She learns that she needs to know herself, and be comfortable with who she is, her own likes and dislikes and that she should be true to herself.

Zebra learns that friendship is important and friendships can be had with animals of all kinds, as long as she listens to her conscience warning her of danger, and takes care to maintain her boundaries.

I found the pictures in this book to be interesting, full of colour. I think young children would be interested in them. I also think that children would enjoy listening to this story over and over. There are a variety of things that parents could talk to their children about in this story as starting points for life lessons; things such as friendship, being true to yourself, being different is okay, teasing and so on.

I think this is a great book for parents and children to share together. I gave it a rating of four stars.

Thank you to the author, Randa Handler for providing a copy of this book in exchange for a fair and honest review. A positive opinion was not required. All thoughts are my own.
Read more
One person found this helpful
Helpful
Comment Report abuse

Shannon W.
4.0 out of 5 stars Charming story
Reviewed in the United States on March 7, 2014
This is my review for If I Were King and the opinions expressed are my own and were in no way influenced by anyone else.

I don't normally read or review children's books, but this one caught my eye. I liked the artwork and the fact that there was an elephant included in the story might have been a bit of an influence. When you have a 3 year old who loves all things elephants, you're always on the lookout for books that have elephants too!

The story was a good one, though a little bit above my 3 year old's head. She definitely didn't understand the moral of the story, but she loved the pictures. The story flows, so it is one that you can read to a toddler or young child and they are able to stay interested, especially if you take the time to stop and explain what's going on. The lesson is also a good one. Finding who you are, becoming comfortable in your own skin, listening to the little voice inside you. Things that sometimes we grown-ups forget or take for granted.

Cute pictures, good story and good lesson. What happens when a Zebra and a Lion change places? Take a chance and read it for yourself and share it with a young person in your life.
Read more
One person found this helpful
Helpful
Comment Report abuse
See all reviews