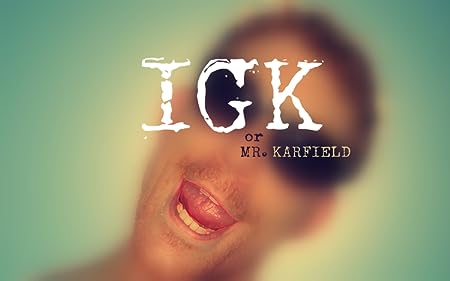 Born in a small town between Amsterdam, Groningen, Leeuwarden, Rotterdam and Maastricht, Mr. Karfield is ADHD-esque, post traumatic, visionarily blind, and incredibly thick. His super powers include looking through the back of his head without shaving it first, counting all the way up to seven, and writing between the letters. He is a Scorpio, a leprechaun, and a she, although neither has ever been confirmed.

Mr. Karfield has contributed to the world of literary hokum since 2001. Some of his work has been featured online since 2009.

- "Diary of a Poet On the Bildensturm of Negligence and Foolishness: Reflections on the Creativity Crisis for Real Human Beings," 2010;

In making his works available to the public, Mr. Karfield has always depended on his personal editor, Ike Krijnen. Their latest project is the printed publication "(green) CREATURES" (2013) - a little red booklet about green and otherwise colored creatures. It is available here on Amazon. 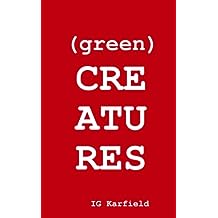