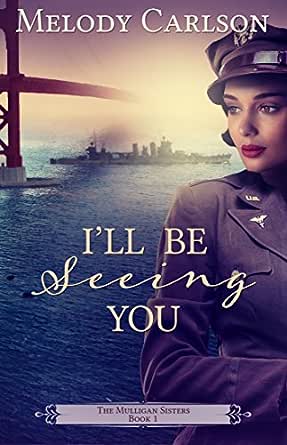 You've subscribed to The Mulligan Sisters! We will preorder your items within 24 hours of when they become available. When new books are released, we'll charge your default payment method for the lowest price available during the pre-order period.
Update your device or payment method, cancel individual pre-orders or your subscription at
Your Memberships & Subscriptions
There was an error. We were unable to process your subscription due to an error. Please refresh and try again. 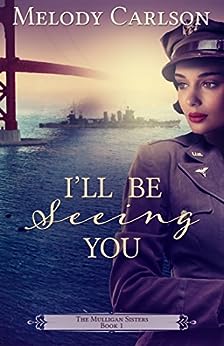 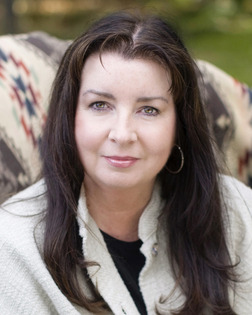 I'll Be Seeing You (The Mulligan Sisters Book 1) Kindle Edition 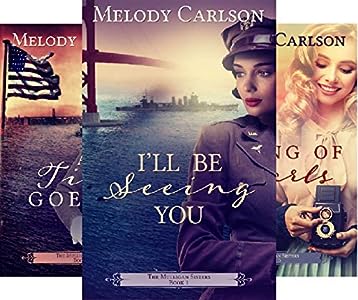 Over the years, Melody Carlson has worn many hats, from pre-school teacher to political activist to senior editor. But most of all, she loves to write! In the past few years, she has published over 200 books for children, teens, and adults--with total sales of over six million copies. Several of her books have been finalists for, and winners of, various writing awards. Melody is the recipient of a Romance Writers of America Lifetime Achievement Award. She and her husband have two grown sons and live in Sisters, Oregon with their lovely Labrador retriever, Audrey. They enjoy skiing, hiking and biking in the beautiful Cascade Mountains. --This text refers to an out of print or unavailable edition of this title.

Zeffie
1.0 out of 5 stars Interesting story line; sloppy writing and editing
Reviewed in the United States on June 11, 2018
Verified Purchase
I love reading historical novels, particularly those set during WW II. While the story line in the 4-book series,The Mulligan Sisters, is good, the writing and editing are sloppy. Twice that I can recall, the author used "snuck"; there is no such word. Sneak is a regular verb and is conjugated as follows: sneak, sneaked, has sneaked. There are a few places where a word is omitted or the wrong word is used. However, these are minor compared to other errors. In Book 3, String of Pearls, the character Brian loses his right leg; in We'll Meet Again, he's lost his left leg. On one occasion, one of the sisters is helping another to move back home and references "Patrick's room"; Patrick did not live in the Mulligan home; Peter was their brother. Over the series, Colleen's birthday is variously given as in February, July, and August. The character Patrick Hammond is, in one case, on a battleship; whereas, in most other cases where his duty station is mentioned, he is on a submarine. In I'll Be Seeing You, the character Geoff Conrad is described as being "tall, dark, and handsome." But in subsequent books, his hair is described as being "sandy." Since he's described as favoring Gary Cooper, I can imagine that his hair should be described as dark. Geoff’s plane was shot down in May, 1942. Geoff is later reported as being a prisoner of war but is liberated in late 1943, recuperates, and returns to combat. The earliest rescue of POW’s that I have read about occurred in January, 1945, with the Raid on Cabanatuan. I have read that once a military member had been a POW, he could not return to service in foreign theaters. I suppose the theory is that a former POW could have been brainwashed to believe and support the enemy’s side.
(The author may be taking “poetic license” with Geoff’s character, but it seems she would add a footnote at the end of the book stating that no POW’s were rescued from Japanese POW camps until early 1945 and most were not liberated until September, 1945.) When the character Brian Hammond is celebrating the fall of Rome (June, 1944), he makes the statement that the Allies can now bomb Germany. In reality, the RAF first bombed Germany in March, 1940; the US Eighth Air Force began bombing Germany in January, 1943. In Book 1, I’ll Be Seeing You, Brian Hammond is described as having nearly completed college when the Japanese bomb Pearl Harbor; but in later books, he’s an advanced law-school student. Without a doubt, though, the most egregious error is when the author makes the statement that McArthur (Douglas MacArthur's surname is correctly spelled MacArthur.) has "successfully driven troops across the (Rhine) River. Gen. MacArthur was never in the European Theater of Operations; he was supreme commander of Allied forces in the southwest Pacific. Even if the author and the editor believe that their readers are too illiterate to know history or too shallow to recall details, they should still want to present quality products, particularly as the books are published as Christian literature. A Christian should follow Colossians 3:23 – “And whatsoever ye do, do it heartily, as to the Lord, and not unto men;” and create and present excellent work.
Read more
8 people found this helpful
Helpful
Comment Report abuse

Amazon Customer
4.0 out of 5 stars Drama with the Mulligan sisters 1941-42
Reviewed in the United States on February 22, 2019
Verified Purchase
The radio is blaring about the Japanese attack on Pearl Harbor where brother Peter is stationed. With heavy hearts the Mulligan family braces for the worst, though it takes days to get confirmation. Bridgette is hoping to pass her college Nursing exam so she can enlist in the Army Nurse Core. Margarette is fretting that Brian, her longtime sweetheart is so laid back he will never propose. Now he has enlisted in service and will go off to bootcamp. Frivolous Colleen, eighteen, has met Geoff on a walk to San Francisco Bay and become engaged after a whirlwind weekend of dating. He also has enlisted in the Navy Air Force and is shipping out. Will she succumb to his pleas to get married immediately against his suffocatingly overprotective mothers disapproval of Colleen? Fifteen year old Molly, wise beyond her years, holds down the home front after Dad is placed in a TB sanitarium and Mam is on the brink of a breakdown.

This WWII novel will draw you in as it follows each girls’ reaction to the World’s upheaval after Dec. 7, 1941.
Read more
Helpful
Comment Report abuse

Lovestodance
5.0 out of 5 stars Very highly recommended! One of the best reads ever!
Reviewed in the United States on June 5, 2018
Verified Purchase
Once I started reading this book, I was hooked. I enjoyed every page. I have now finished book 2, and am reading book 3, looking forward to book 4 next. The characters in the family portrayed in these books quickly begin to feel like the reader’s friends. The story line depicts the Mulligan family of San Francisco during the bombing of Pearl Harbor in 1941 and the aftermath of that horrible event. The characters form a close knit family of mother, father and 4 daughters and a son. Each character is unique and interesting, and the family interactions are rich and human. The characters are believable, each with problems and triumphs of their own. A very gripping and enjoyable series...I’m already dreading completing book 4! I will miss reading about this interesting, warm, entertaining family and their life stories. Highly recommended!
Read more
2 people found this helpful
Helpful
Comment Report abuse

Game crazy Mom
5.0 out of 5 stars they are my favorite and this novel doesn't disappoint
Reviewed in the United States on January 26, 2018
Verified Purchase
I admit that I am a sucker for stories that involve siblings...they are my favorite and this novel doesn't disappoint. I like that all of the siblings get to have a little bit of the story-line (I wish that Bridget got more time, though...but I'm a nurse so I'm biased, lol). You should probably know going in that the end of this novel doesn't feel complete...you really feel the need to move on to the next novel (which I did). I thoroughly enjoyed this novel and have read the second book in the series and I'm reading the final installment of the trilogy. I know that I will feel sad to see this series end. This really hit all the notes for me...siblings, WWII, faith-filled and intriguing.
Read more
Helpful
Comment Report abuse
See all reviews

Tweedvale Girl Book Reviews
5.0 out of 5 stars Five Stars
Reviewed in Australia on June 17, 2018
Verified Purchase
Love the Mulligan Sisters series and I have read all the books.
Read more
Report abuse
See all reviews