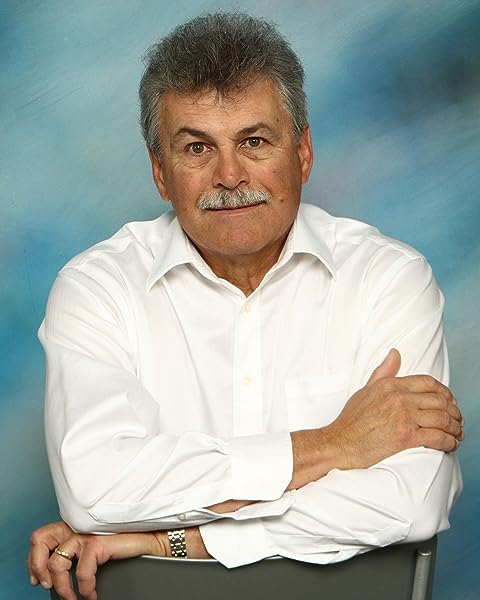 by Gary Turner (Author)
4.7 out of 5 stars 20 ratings
See all formats and editions
Sorry, there was a problem loading this page. Try again.

The story begins in the 1850's and sets the stage for generational visions and wisdom sharing through the character of Walking Thunder. More than a century ago, most whites gave little credence to such notions.As Sidney travels through the story, he immigrates to Canada dreaming of owning a farm. He initially finds misplaced love with Mystique, although it is with Emma, that he finds lasting love and a home.When World War 1 erupts, he is torn between the Indian and white way. His decision sets the direction for Emma and their descendants in the following decades.
Read more
Previous page
Next page

The son of a career solider, Gary developed a keen interest in military history at a young age. His family lived in various locations in Canada and also a three year posting to Germany. Over the years he developed a passion for writing short stories and essays. Several of those essays have been published in a national magazine. His grandfather fought in The Great War and four decades ago, Gary began researching Canada's involvement in that conflict. Another obsession of his, which began fifty years ago, is riding motorcycles, naturally enough without his parent's knowledge. In 2011 he toured the old Western Front in Belgium and France on his BMW. That trip of a lifetime, led to the germination of his new novel, I'll Take My Chances.

Jim Conkle
5.0 out of 5 stars Great story telling
Reviewed in the United States 🇺🇸 on July 9, 2021
Verified Purchase
At times the writer takes his time spinning the tale with much detail. Yet for the reader it paints a full picture. Looking forward to reading the next story.
Read more
Helpful
Report abuse

Anthony Avina
5.0 out of 5 stars Authentic and Mesmerizing Historical Fiction With An Extra Helping of History!
Reviewed in the United States 🇺🇸 on February 11, 2022
I received a free copy of this book in exchange for a fair and honest review. All opinions are my own.

This was such a visceral and brilliant read. The author did such a great job of striking a resonating chord for those who have served or who are fascinated with historical fiction that explores real-time wars and battles. The imagery and history the author fused into the narrative kept the story balanced, while the emotional journey readers go on as the author explores how war and history have shaped this family through generations was amazing to read.

The characters were a real bright spot in this novel. The balance the author found between creative writing when developing some of the characters while also infusing people from his own family history and historical landmarks and battles was fantastic to see, as it made the book feel not only relatable but personal at the same time. Getting to see the historical aspect of Canada, from the impact war and European settlers had on the indigenous people of the land and how WWI impacted this growing family, was a real treat historically while also truly emotional on a personal level.

A memorable, haunting, and entertaining historical fiction read, author Gary Turner’s “I’ll Take My Chances Volume 1” is a must-read novel. The way the author is able to take readers into the “action” so to speak and show the intensity and reality of war while also striking a harmonious tone within this developing family line and showing the impact of war showcases just how strong of a voice the author carries into his work.

Grady HarpTop Contributor: Children's Books
HALL OF FAMETOP 100 REVIEWER
5.0 out of 5 stars A riveting read – and a closer look at history
Reviewed in the United States 🇺🇸 on February 4, 2022
Canadian author Gary Turner has created a trilogy about war, especially from the Canadian point of view. I’LL TAKE MY CHANCES surveys war from 1850 through the Vietnam War, and in his introductory remarks he states, ‘This tale is partly born out of love for my paternal grandfather, Sidney Turner. I based the book on his life and took the liberty of using his actual name. He served with the Lord Strathcona Horse (Royal Canadians) during World War One, although the deeds of fictional Sidney differ from those of the real Sidney…My paternal great, great grandmother’s aboriginal ancestors lived in southern Manitoba. I used their heritage as the basis for visions and spiritual messages throughout the tale.’ Turner’s family history and influences makes this epic trilogy ring true – far more than simple fictional history.

With a keen sense of atmosphere and secure writing style, Turner opens volume one of his trilogy in the mid-nineteenth century as we meet Walking Thunder: ‘An overhanging sandstone bluff shielded a youth from the searing noon sun. It was so hot it hurt to breathe the very air and one might fear the lungs were cooking. With no cooling breezes, all living things sought refuge in shady areas. Fifteen-year-old Shadow, Ohanzee in Sioux, sat motionless in a gorse of berry brush while waiting for mid-day temperatures to fall. In the morning, he tracked three deer into a coulee but lost them in tall grass. The deer lay down to keep cool and remained vigilant for predators. Shadow knew his prey would not scatter if he sat silently and, so he waited….’ And with a bit of Indian history of the period blue-eyed Shadow stands tall and becomes know by his new warrior name, Walking Thunder!

The course of the initial volume of this war trilogy is outlined as follows: ‘The story begins in the 1850's and sets the stage for generational visions and wisdom sharing through the character of Walking Thunder. More than a century ago, most whites gave little credence to such notions. As Sidney travels through the story, he immigrates to Canada dreaming of owning a farm. He initially finds misplaced love with Mystique, although it is with Emma, that he finds lasting love and a home. When World War 1 erupts, he is torn between the Indian and white way. His decision sets the direction for Emma and their descendants in the following decades.’

Rarely has the history of wars been so focused as in this memorable book. Reading this volume creates a sense of urgency to proceed to the other two books. Very highly recommended. Grady Harp, February 22
Read more
Helpful
Report abuse
See all reviews

KenMaz
5.0 out of 5 stars A great read
Reviewed in Canada 🇨🇦 on October 1, 2021
Verified Purchase
A great start for a series about generations of Canadian soldiers, from WWI to the early 70s. Looking forward to the others.
Read more
Report abuse
See all reviews