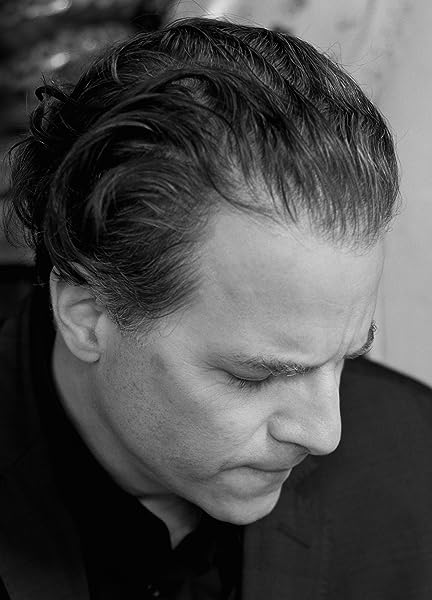 Illusion of Order: The False Promise of Broken Windows Policing

by Bernard E. Harcourt (Author)
4.2 out of 5 stars 11 ratings
See all formats and editions
Sorry, there was a problem loading this page. Try again.

This is the first book to challenge the "broken-windows" theory of crime, which argues that permitting minor misdemeanors, such as loitering and vagrancy, to go unpunished only encourages more serious crime. The theory has revolutionized policing in the United States and abroad, with its emphasis on policies that crack down on disorderly conduct and aggressively enforce misdemeanor laws.

The problem, argues Bernard Harcourt, is that although the broken-windows theory has been around for nearly thirty years, it has never been empirically verified. Indeed, existing data suggest that it is false. Conceptually, it rests on unexamined categories of "law abiders" and "disorderly people" and of "order" and "disorder," which have no intrinsic reality, independent of the techniques of punishment that we implement in our society.

How did the new order-maintenance approach to criminal justice--a theory without solid empirical support, a theory that is conceptually flawed and results in aggressive detentions of tens of thousands of our fellow citizens--come to be one of the leading criminal justice theories embraced by progressive reformers, policymakers, and academics throughout the world? This book explores the reasons why. It also presents a new, more thoughtful vision of criminal justice.

For the past couple of decades, many police departments throughout the United States have utilized the order-maintenance approach. This method of policing has been directly influenced by the well-known "broken windows" theory, which can be traced to James Q. Wilson and George L. Kelling. Their theory suggests that if minor forms of disorder, such as graffiti, litter, panhandling, and prostitution, are left unattended, the neighborhood will decline and more serious criminal activity emerges. Examples of this type of policing include New York City Mayor Giuliani's crackdown on "quality-of-life offenses" and Chicago's antigang loitering ordinance. The order-maintenance approach has received favorable attention in the popular press, scholarly journals, public circles, and academia. Here, Harcourt (law, Univ. of Arizona) challenges the validity of the "broken windows" technique, brilliantly critiquing existing data and offering alternative reasons for the seemingly successful results of this type of law enforcement. Harcourt presents a "wake-up" call to all those who blindly accept the "broken windows" approach to policing. Highly recommended for all criminology and social science collections. Tim Delaney, Canisius Coll., Buffalo
Copyright 2001 Reed Business Information, Inc.

Harcourt presents a 'wake-up' call to all those who blindly accept the 'broken windows' approach to policing. Highly recommended for all criminology and social science collections. (Tim Delaney Library Journal 2001-06-01)

[In] his new book, Illusion of Order, Bernard Harcourt argues that the 'broken windows' theory underlying New York's policing strategy doesn't deserve much praise...He suggests that no studies establish a link between neighborhood disorder and crime victimization...Offering a critique grounded equally in public policy and political theory, the book veers widely, from the writings of Michel Foucault and John Stuart Mill to a highly technical analysis of previous statistical studies. [Harcourt's] arguments offer a measured counterbalance to the gung-ho advocates of 'broken windows' policing and a welcome warning about the limits of simplistic social policy. (Seth Stern Christian Science Monitor 2001-09-06)

A 1982 article by James Q. Wilson and George Kelling introduced the concept of a "broken windows" approach to combating crime: i.e., tolerating litterers, loiterers, and disorderly minor offenders promotes an environment fostering more serious crime. Harcourt exhaustively analyzes the claim that this approach to policing urban neighborhoods merits a significant measure of credit for the decline in crime rates and the improvement in the quality of urban life. He finds an absence of convincing evidence to support claims on its behalf, and explores some reasons for the credit given to it. Many other factors are identified that may more plausibly explain the changes noted. Furthermore, Harcourt exposes some of the harmful consequences of the policies emanating out of the "broken windows" approach for especially vulnerable constituencies. (D. O. Friedrichs Choice 2002-03-01)

Bernard Harcourt's scholarly examination of the broken windows theory and its influence on present day policing is an important contribution to the debate and merits reading by serious observers of American policing. (Hubert Williams, President Police Foundation)

The main contributions of this volume include its incisive analysis of the uses and abuses of the concepts of incivilities and disorder, its placement of the order-maintenance rhetoric within the broader economic and political discussions of the New Progressives, and its close attention to the legal and societal impacts of the rise to fame of this theoretical perspective. Harcourt's book represents a sincere, thoughtful, and multidisciplinary effort to demythologize the incivilities thesis...The volume is appropriate for graduate students in criminal justice, criminology, political science, and sociology. I have used it in a communities and crime graduate course with good results. (Ralph B. Taylor American Journal of Sociology)

This is an excellent, timely, and thought-provoking book, absolutely critical to the continuing debate on the "broken windows" theory. Harcourt's book will be a welcome intervention in this ongoing public debate. As an academic matter, Harcourt takes on the social norms school, and effectively exposes its absence of empirical support. This, too, is a tremendously important contribution to the literature. Like "broken windows'" in policing, "social norms" theory has been accepted all too uncritically in academia, and the questions Harcourt raises are the right ones. (David Cole, Georgetown University Law Center)

Bernard Harcourt is Chair and Professor of Political Science and Julius Kreeger Professor of Law at the University of Chicago.

Bernard E. Harcourt is the Isidor and Seville Sulzbacher Professor of Law and Professor of Political Science at Columbia University. The author of several books, including Critique &amp; Praxis (2020), The Counterrevolution (2018), Exposed (2015), and The Illusion of Free Markets (2011), he lives in New York City.

M. Conrad Hunter
4.0 out of 5 stars DISPELLS the MYTHS ASSOCIATED with the CURRENT DOCTRINE ...
Reviewed in the United States 🇺🇸 on April 14, 2005
This work may be best suited for students of Criminology who are required to demonstrate their knowledge and skill in conducting their own research somewhere along the continuum from Community Oriented Policing to Intelligence Led Policing. The highly academic style is replete with methodical concerns, including the value of empirical evidence, and research jargon such as regression analysis, correlation of variables, etc.

Although the book was prepared essentially as a peer review of the earlier works of the proponents of the `Broken Windows' theory, the real value may be in its recognition of the shallowness of strictly quantitative analysis. " The important methodological point is that, once we have taken the `social meaning turn' - and I believe we must- quantitative correlations between enforcement and crime will no longer be sufficient. ...The study of social meaning calls for the integration of qualitative and quantitative methods, and integration which is being increasingly reflected in the social sciences today. From political science and sociology to program evaluation in psychology, there is a growing movement to overcome the traditional paradigm war, and to increase the amount of information brought to bear on hypotheses." Pp 110-114.

This is an essential read for the serious student of modern police methods.
Read more
17 people found this helpful
Helpful
Report abuse

Trustworthy Reviewer
5.0 out of 5 stars Volume demonstrates why idiots so often disregard academics
Reviewed in the United States 🇺🇸 on April 3, 2006
B. Harcourt is an expert who debunks myths in law enforcement. His findings are against common sense and may sound ridiculous to readers (and policymakers alike) with an IQ below 70, yet he has a point and makes it in a clear and well written style. Unlike superficial studies, his book goes through substantial analyses and details, which are necessary to document the case he makes. A recommended reading.
Read more
7 people found this helpful
Helpful
Report abuse

Kenneth Armstrong
1.0 out of 5 stars Look at author before you look at book.
Reviewed in the United States 🇺🇸 on September 29, 2001
I finally finished this book, but it wasn't easy. While Mr. Harcourt tries to show that New York (and other cities) is not any safer than it was before the Mayor began his programs I have to say it just doesn't wash. He uses the one thing to try and prove his point that just wont work and that is his own opinion. When you live in a world when all you have ever done is work in and around colleges/schools you lose a grip on the real world. Much like other "Professional Writers and/or Professors" Mr. Harcourt has watched too many liberal TV reports and read the Village Voice to often. The Cops make mistakes, but when crime rates all over the US are going down and many departments are following the Broken Windows Theory something must be working.
Read more
10 people found this helpful
Helpful
Report abuse
See all reviews