You've subscribed to Sinister Sins! We will preorder your items within 24 hours of when they become available. When new books are released, we'll charge your default payment method for the lowest price available during the pre-order period.
Update your device or payment method, cancel individual pre-orders or your subscription at
Your Memberships & Subscriptions
There was an error. We were unable to process your subscription due to an error. Please refresh and try again. 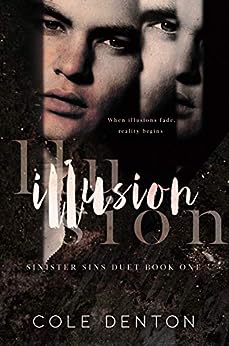 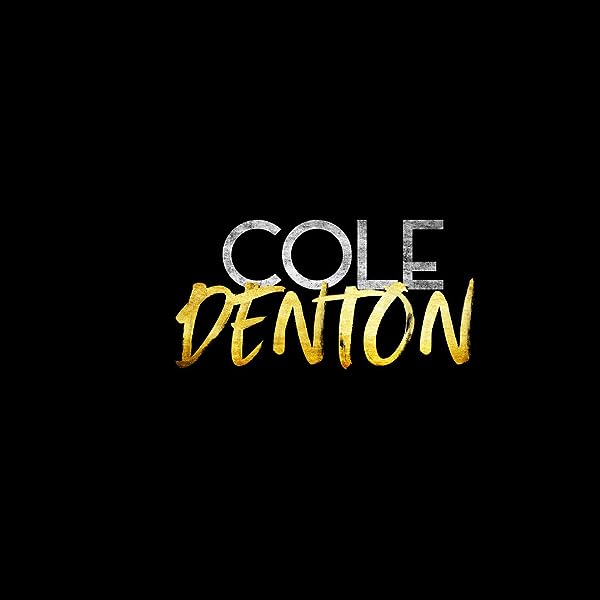 Nolyn: The Rise and Fall, Book 1
In the depths of an unforgiving jungle, a legend is about to be born. Listen now
Books In This Series (2 Books)
Complete Series 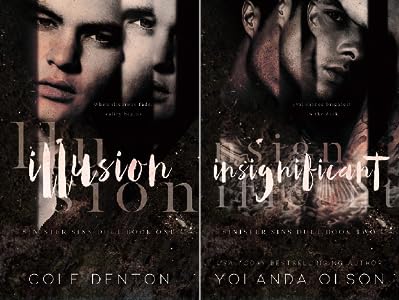 Kathy Seabrease
5.0 out of 5 stars Another feather in Cole's Kinky Cap!
Reviewed in the United States on August 26, 2021
Verified Purchase
I absorbed this book like a sponge. Taking in all Cole's words as if there would be now more. He write about Evan, another lost boy who has been downtrodden from witnessing death and surviving child abuse at a very young age. In all actuality for what he has been through, Evan is managing to live his life, almost as a recluse though, dealing with his fears and nightmares. He doesn't have the capability to keep people close in his life, except for Luke, who he shared his foster home with and Earl, the man that saved him from his wicked grandmother. He can't maintain a relationship, until one comes along, unexpectedly, that brings him out of his shell, making him want more. Seven has brought more to his life than he every dreamed ... or is it part of the nightmare? Another end that made my face drop and say, "More, please".
Read more
Helpful
Report abuse

Lorey Christensen
5.0 out of 5 stars Absolute Must-Read
Reviewed in the United States on August 27, 2021
Verified Purchase
Wow! Illusion is just pure brilliance. I know I am going to struggle to articulate clearly how much I loved this book. It is such a unique and powerful story that captured my attention immediately and kept me fully engaged throughout. Engrossing. Gripping. Illusion is a superbly crafted story. It is dark, seductive and filled to the brim with suspense, chemistry, and mystery. This was an emotionally intense read for me. I want Evan to be happy. I wanted to reach out and embrace him. Mic drop! There is absolutely no way you can read Illusion and not grab up book 2.
Read more
Helpful
Report abuse

Gimbel
5.0 out of 5 stars WOW!!!
Reviewed in the United States on September 6, 2021
Verified Purchase
Cole Denton is amazing again!
Evan who is trying to get past the death of his parents and the grandmother who abused him, until she was ousted and he went to live with another family. He met his best friend Luke there.
It’s hard for him to coupe these days and stays mostly in his apartment.
Then he meets Seven through a dating site. The sparks fly. What Seven does for Evan is amazing.
Adult content and situations.
Read more
Helpful
Report abuse

Sandra R. Valdez
5.0 out of 5 stars Damn..
Reviewed in the United States on August 26, 2021
Verified Purchase
I felt like I was left hanging.. I wasn't done, yet.. I wanted sooooo much more... Don't get me wrong, I loved it!! I just didn't want it to end.. There is not a book that I have read of, Cole Denton, that I didn't love. This is definitely, another one for the books. Keep them coming.. You're doing an amazing job!! Patiently waiting on book 2...
Read more
Helpful
Report abuse

Cathy Andrews
5.0 out of 5 stars Wow!
Reviewed in the United States on August 24, 2021
Verified Purchase
I shouldn't be surprised by now that Cole can keep me on the edge of my seat as I devour his words. This book did the same. A young man trying to overcome issues that stemmed from a tragic past, lead him to a relationship he never saw coming. Full of suspense with some nice sexy scenes, Mr. Denton knows how to tell a story!
Read more
Helpful
Report abuse

Kasey N
5.0 out of 5 stars Couldn't put it down
Reviewed in the United States on August 24, 2021
Verified Purchase
So I devoured this book and now I have to wait for part 2, for who knows how long 😭. I NEED it NOW. I love Evan, he's so sweet. Luke I also love so much. I just finished it and don't want to give any spoilers so I'm leaving this here (mic drop)
Read more
Helpful
Report abuse

Kindle Customer
5.0 out of 5 stars Holy Cow
Reviewed in the United States on August 27, 2021
Verified Purchase
The build up was incredible. Evan and Seven are a slow burn ready to implode. A battle to over come fears, that leads so incredible submission. Excellent!
Read more
Helpful
Report abuse

Tiffany Levin
5.0 out of 5 stars Wow!
Reviewed in the United States on August 24, 2021
Cole has a way with writing his stories that makes you not want to stop reading once you start. Evan is so sweet, despite all of his issues, and you just want to wrap him up and hold him close. Seven is an interesting character and I can’t wait to see where it goes in the second book…now to just (not so) patiently wait for the next book! Congrats Cole on another amazing story!!!
Read more
Helpful
Report abuse
See all reviews

Night Owl Book Blog
5.0 out of 5 stars Talk about being on the edge of my seat!
Reviewed in the United Kingdom on August 24, 2021
Verified Purchase
Cole Denton has proven that he can write any genre he turns his hand to. Illusion is a dark romance suspense that will have you gripped to the very end. Evan has a tragic past and it has shadowed him into his adult life. Everyday is carefully manoeuvred and he needs to be in control of every facet of his life. What happens when a stranger threatens to turn Evan’s carefully executed life into something he can’t control? The suspense may just kill you and the sexy times will definitely turn up the heat. Fantastic storytelling every time from Denton who is a definite one-click author for me. Highly recommended.
Read more
Report abuse

Joanne O
5.0 out of 5 stars Another 5 star read!
Reviewed in Canada on August 28, 2021
Verified Purchase
Cole Denton quickly became a one-click author for me just a few months ago and Illusion once again proves why. Like many of Cole’s characters, Evan Baker has complex issues, yet is distinctly unique. His tragic backstory gripped my heart strings right from the first pages and had me completely captivated. When Evan meets Seven online, he only sees him as a friend, but Seven carefully opens his mind to the possibility of more. If you like dark, erotic, & taboo male/male romance, you will absolutely love Illusion! I can’t wait to read the next book of this duet!
Read more
Report abuse

Annemieke W
5.0 out of 5 stars Wow, soooo good, dark, romance, suspense end more
Reviewed in the Netherlands on September 2, 2021
Verified Purchase
Yes I started this book today and finished today. I really could not stop reading Evan and Seven’s story. Evan has a troubled past that continues in to his adulthood. Meeting Seven gives this story another dimension. Cole captured my heart again with his writing I loved it and I highly recommend.
Read more
Report abuse

Candace Mel
5.0 out of 5 stars Dang!
Reviewed in Canada on August 24, 2021
Verified Purchase
Denton always writes great stories, especially when he ups the creep factor! He definitely upped it with this one. I did not trust anyone and still don’t, the suspense was killing me and I was in a constant state of paranoia while reading this. Well done Sir! Can’t wait for book 2!
Read more
Report abuse
See all reviews