You've subscribed to The Hope Series! We will preorder your items within 24 hours of when they become available. When new books are released, we'll charge your default payment method for the lowest price available during the pre-order period.
Update your device or payment method, cancel individual pre-orders or your subscription at
Your Memberships & Subscriptions
There was an error. We were unable to process your subscription due to an error. Please refresh and try again. 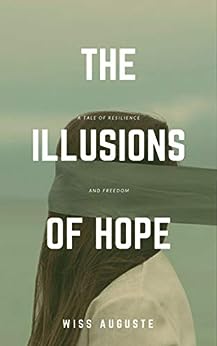 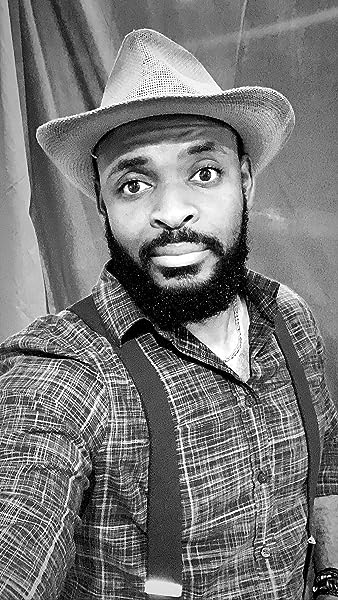 The Illusions of Hope (The Hope Book 1) Kindle Edition

Audible Holiday Deal
Save 46% on your first 4 months. Get this deal
Books In This Series (2 Books)
Complete Series
The Hope Series
Kindle Edition
Page 1 of 1Start OverPage 1 of 1
Previous page
Next page

Wiss Auguste was born and raised in Jacmel, a gorgeous small town located on the southernmost coast of Haiti. He began writing acrostic love poems at the age of twelve. His writing, unfortunately, hit a snag when he migrated to the United States at the age of twenty-one. He was no longer an idealistic teenager; he was a displaced young adult struggling to make life make sense. He put all self-fulfilling and creative activities on the back burner as he worked odd jobs and pursued a Bachelor’s degree in Criminal Justice.

After the passing of his father, Wiss turned back to poetry to find himself and escape the burden of grief. He reconnected with his creative side, and his craft allowed him to vent freely. He hid behind his poems to show his weaknesses to the world without compromising his pride.

Wiss considers himself naturally empathetic, and his empathy fuels his writing. His poetry usually touches on mindfulness, self-expression, romantic love, self-love, growth, and the complexity of the human character. He has developed a hybrid poetic style encompassing elements from the nineteenth century’s Romanticism and Symbolism. He credits the soothing musicality of his poems to his polyglot background. Unsurprisingly, his favorite poets are Paul Verlaine, Coriolan Ardouin, Arthur Rimbaud, William Wordsworth, Pablo Neruda, Emily Bront&euml;, and Oswald Durand.

Ki
5.0 out of 5 stars The Illusion of Hope by: Author Wiss Auguste
Reviewed in the United States on January 29, 2019
Verified Purchase
The Illusion of Hope, by Author, Wiss Auguste, shares a journey of self-discovery for the main character, ‘Hope’, through the most challenging and gruesome of life’s experiences. Unaware of her name due to amnesia, when Hope enters our lives there is a sense of perseverance and survival that rises from her character. The name Hope was gifted to her when she arrived at what she thought would be a safe haven from the unknown behind her. Author Auguste’s prose offered raw, unfiltered glimpses of hope between sheets of abuse that ranges from emotional, mental and physical across one’s lifetime. From frailty to faith surging freedom, the will of a warrior lived in the depths of Hope’s soul. I look forward to learning more about Hope’s past, especially since the end of the story finally revealed her true identity. Congratulations Author Wiss Auguste on this debut novel, I look forward to what’s to come of this series. 📚
Read more
2 people found this helpful
Helpful
Report abuse

Kindle Customer
5.0 out of 5 stars  An emotional rollercoaster ride. I cannot wait for the next one.
Reviewed in the United States on March 22, 2019
Verified Purchase
Some say poetry is a language where not everyone is able to comprehend and I am lucky to know someone, Wiss Auguste, who is a genius in his element.
He published his first book, I read it and didn't disappoint me. His beautiful language and versatility in writing compliment each other. He stirred me up right from the start, all the way to the end.
Not your typical feminist book and coming from a man's point of view, I am impressed. This book reminded me of where I came from and the hardship I went through. I am proud to be where I am today.
"Traumatizing experiences stay with us forever. Our stories are written within our flesh in indelible ink. Sometimes, we try to bury unwanted memories, but sooner or later, they arise from the abyss in which they've been entombed. " - Wiss Auguste
Read more
4 people found this helpful
Helpful
Report abuse

Sir Change
5.0 out of 5 stars Poetic novel
Reviewed in the United States on July 19, 2019
Verified Purchase
This is not the type of book I fancy, however I gave it a go, because I follow Wiss's poetry on social media. Wiss continues to impress me with his poetic narration. The book was a breeze to read, because of how well it captured my attention. The book kept me on the edge, even though I was able to guess much of the plots far ahead, I was still captivated by his delivery.
Read more
Helpful
Report abuse

Nancy Gingrich
1.0 out of 5 stars Nasty book
Reviewed in the United States on May 13, 2019
Verified Purchase
Really horrible story that just gets worse as it goes along. No redeeming value whatsoever. Save yourself from the drudgery of reading it or having the gory, hateful scenes in your consciousness.
Read more
4 people found this helpful
Helpful
Report abuse

AZsMyHome
1.0 out of 5 stars Not for the faint of heart
Reviewed in the United States on June 23, 2021
Verified Purchase
A very disturbing book. The premise that all humans are degenerates comes thru in this novel. I do not recommend it, it disgusted me that I spent time reading it.
Read more
Helpful
Report abuse

April
5.0 out of 5 stars A MUST READ!
Reviewed in the United States on January 24, 2019
Verified Purchase
To say this story was full of suspense is an understatement. It was so articulate and truly evoked almost every human emotion. Really appreciated the sprinkles of beautiful alliteration throughout the story and CANNOT WAIT FOR THE NEXT BOOK!!!!!
Read more
One person found this helpful
Helpful
Report abuse

Teresa Martino
5.0 out of 5 stars I Don't Normally Write Reviews
Reviewed in the United States on February 1, 2019
Verified Purchase
Let me start by saying that reading this book was a lot like reading the author's other writing. He is a truly gifted writer. Not only does he seem to know exactly what words will evoke just the right picture in your head, but which ones will give you the greatest depth of meaning. As a woman who had a very rough journey herself I am in love with the courage, perseverance, and heart of Hope. I will read his next book, as well as anything he ever writes. This author is a true word artist. His pen pours out pure poetry in it's most bewitching form. Believe me this is a must read!
Read more
3 people found this helpful
Helpful
Report abuse

Theresa L. Marschik
4.0 out of 5 stars Poignant topic written in a unique style
Reviewed in the United States on April 9, 2019
Verified Purchase
I liked the topic, the way the author brought out the topic. I would recommend. Not a difficult read, so good for abroad audience.
Read more
One person found this helpful
Helpful
Report abuse
See all reviews

lainey
5.0 out of 5 stars Amazing book, awesome writer
Reviewed in the United Kingdom on March 24, 2019
Verified Purchase
Having read this book got me excited to read the next one. The story was so surreal. Wiss did a very good job. I would recommend this book to everyone.
Read more
Report abuse

Déborah
5.0 out of 5 stars Thank you 🙏🏾
Reviewed in Canada on August 7, 2021
Verified Purchase
I have read this book in less than 24 hours. An easy book to read despite the delicate themes developed in the story. We get attached very quickly to the main character and we evolve with Hope. A book full of understanding towards the suffering of women but above all a testimony of their resilience, strength and endurance. Thank you !
Read more

5.0 out of 5 stars Thank you 🙏🏾
Reviewed in Canada on August 7, 2021
I have read this book in less than 24 hours. An easy book to read despite the delicate themes developed in the story. We get attached very quickly to the main character and we evolve with Hope. A book full of understanding towards the suffering of women but above all a testimony of their resilience, strength and endurance. Thank you !
Images in this review