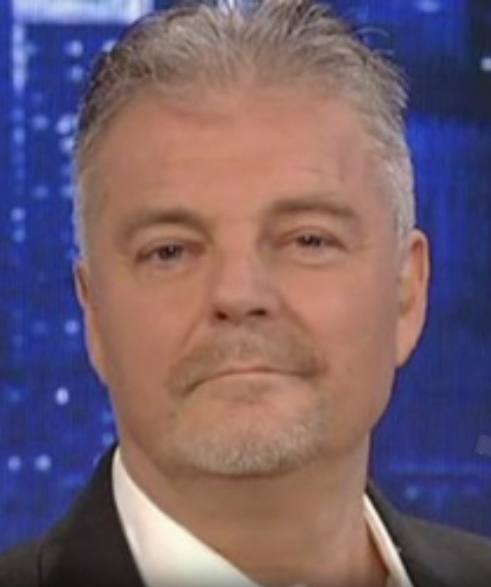 “Everyone should read this book, the story of a true American Hero. I served with John Basilone and I can hear his voice in every page.” ―Thomas O. Nass, 5th Marine Division, WWII

“This book about the legendary John Basilone is presented in such a personal style that one would believe that "Manila John" is still alive. Not since William Manchester authored his memoir GOODBYE DARKNESS twenty-five years ago has a book been written about one man that seems so authentic.” ―Col. Ken Jordan, USMC, ret.

“A lot has been written about my brother in the war, but it's important to know his whole story. This book tells the story of John as a boy, a teenager, and a man. Every student should study and learn from it.” ―Carlo Basilone, John's brother

Jim Proser's first book, I’m Staying with My Boys, was awarded the United States Marine Corps Commandant’s Recommendation. Prosner wrote and directed, with Jerry Cutter, a documentary of the same name, and I'm Staying with My Boys was used as source material for HBO's critically acclaimed, award-winning miniseries, The Pacific.

Jerry Cutter is the nephew of Sgt. John Basilone. He also collaborated with Prosner on the documentary version of his uncle's story. He lives in Hilton Head, South Carolina.

Start reading I'm Staying with My Boys on your Kindle in under a minute.

4.6 out of 5 stars
4.6 out of 5
258 global ratings
How are ratings calculated?
To calculate the overall star rating and percentage breakdown by star, we don’t use a simple average. Instead, our system considers things like how recent a review is and if the reviewer bought the item on Amazon. It also analyzes reviews to verify trustworthiness.
Top reviews

PERRY
1.0 out of 5 stars The guy who wrote this was a Vietnam draft dodger, and proud of it.
Reviewed in the United States on September 26, 2018
Verified Purchase
Too much about his life before his service time . Besides the author admitted to be a draft dodger during Vietnam and seems proud of it. Why should he make money during the name of a hero.
Read more
21 people found this helpful
Helpful
Comment Report abuse

Hoosier Hayseed
5.0 out of 5 stars Fantastic Story
Reviewed in the United States on July 11, 2019
Verified Purchase
I think the choice of the first-person style of telling the story was brilliant, and lets us see into his mind, and the thought processes that no doubt did go through his mind, even though they were imagined by the writer, since the man writing the "autobiographical" account was long since dead.
What is so heart-warming about all of this is that once a person actually perceives what his calling is in life, his mind is clear from that day forward as to exactly what he should be doing, and he is infinitely happier once he has discovered his true calling, and not just treading water, or doing something he isn't totally convinced is the right thing to do.
He was a fish out of water, trying to get into the role of all the mundane things most of us find ourselves doing, just to earn a living, and he was totally frustrated in trying to find just exactly what he was destined to do.
He felt comfortable being a soldier, and felt capable and not overly disturbed at the notion of killing people, if that was what he was called upon to do. After all - somebody has to do it, so why not someone who was good at it?
And then, in his off time, being surrounded by others who were just like him, that he felt comfortable with, to back him up, and who he was readily willing to also back them up.
He was also honest enough to admit that womanizing and boxing and golf rounded out the rest of his existence, and, speaking for myself, I don't find anything about that attitude that's not to like.
(With the possible exception of the boxing. I wouldn't exactly relish the thought of my face being used as a punching bag.)
Read more
2 people found this helpful
Helpful
Comment Report abuse

John E. Nevola
3.0 out of 5 stars One Strange Book
Reviewed in the United States on August 20, 2010
Verified Purchase
This is the life story of Sgt. John Basilone, winner of the Congressional Medal of Honor for his heroism on Guadalcanal and a true American hero. What makes this book strange is that it is written in the first person even though it is understood from the beginning that Basilone was killed in action on Iwo Jima on 19 Feb 1945. The style and technique of this account of his life in no way diminishes his great contribution and sacrifice to this country but it was eerie to read his life story "in his own words" knowing that he has long ago passed on.

The first half of the book deals almost exclusively with his life before joining the Marines. It includes his early years in Raritan, New Jersey and through his Army career, part of which was served in the Philippines where he was known as "Manila John". This part of the book is somewhat tedious as it depicts a confused young man desperately trying to find his path in life. Many will relate to his fallibility and humanity as Basilone struggles with the competing impulses within him to find himself and settle down or continue to wander carefree and aimlessly through life.

The book picks up steam in the second half as he finally finds the meaningfulness in his life as a United States Marine. The many battles on Guadalcanal are capably described in this section along with the utter depravity and ghastly conditions on the battlefield. The author needed to do better research so he would know the difference between "The Slot" and "Ironbottom Sound".

Basilone resorts to his aimless and restless ways when transferred back to the States on a War Bond Drive tour and had to leverage his celebrity with senior Marine brass to wangle a training assignment back to the "fleet" with the newly formed 5th Marine Division. That assignment leads him ultimately to his untimely death on the black sulfur sands of Iwo Jima. While this book was at times both difficult and unsettling to read, it by no means detracts from the heroism and devotion to duty and to country that was the hallmark of Sgt. John Basilone.

gaosmer
4.0 out of 5 stars A great story
Reviewed in the United States on May 10, 2019
Verified Purchase
I am grateful for all Marines everyday, it is doubtful we ever find another Marine like John Basilone. Chesty Puller is featured in this telling of the Basilone story. I have my doubts as a retired Marine about some of the things in this e-book since it was written after world war 2 and before Vietnam. Recommended reading but be skeptical.
Read more
Helpful
Comment Report abuse

BuckH
5.0 out of 5 stars A hard book
Reviewed in the United States on August 13, 2020
Verified Purchase
I knew about Sgt Basilone before I ever joined the Marine Corps. This book taught me about the man behind the stories...and a glimpse of the horrors of the Canal. One line stands out..”We’d gone through twenty-six thousand rounds.” For a former 0302, that tells the story of the true horror and the gallantry of all those men that night on Guadalcanal. Simper Fi!
Read more
Helpful
Comment Report abuse

Time the Avenger
3.0 out of 5 stars Written by a Ghost
Reviewed in the United States on August 24, 2020
Verified Purchase
Disappointing in that it writer pretends he is the character of the story. Writer researched the subject, then placed the voice in the first-person as I recall. Too weird. The story feels artificial, and hence turned me off. A great sp;dier needs a great story-this falls short.
Read more
Helpful
Comment Report abuse

Elliemae
5.0 out of 5 stars Enjoyed reading about Sgt. John Basilone's life.
Reviewed in the United States on January 26, 2020
Verified Purchase
Sgt. John was a man man's. He thought more about saving his men than his own life. Always a Marine' s Marine. A truly good man. Respected and admired by all. So sad that war is HELL and not all come home.
Read more
Helpful
Comment Report abuse
See all reviews

Webb77
4.0 out of 5 stars An interesting aspect.
Reviewed in the United Kingdom on December 7, 2012
Verified Purchase
Told by a third party, albeit with his family's blessing, it is a guess as to how he would have related his story. When read in conjunction with With The Old Breed and Helmet For My Pillow it does give a much better understanding of the TV mini series The Pacific and the whole Pacific war theatre. Certainly worth reading.
Read more
2 people found this helpful
Report abuse

silver stream
5.0 out of 5 stars John Basilone
Reviewed in the United Kingdom on February 3, 2014
Verified Purchase
If you enjoyed watching the Pacific and would like an insight in to the background of one of the main characters then you will enjoy this book.
Read more
One person found this helpful
Report abuse

M J Hall
5.0 out of 5 stars John Basilone
Reviewed in the United Kingdom on April 2, 2014
Verified Purchase
Interesting book, more about his home life than his war events. Clearly not written by the man himself but enjoyable.
Read more
Report abuse

P. Mannings
5.0 out of 5 stars Excellent read!
Reviewed in the United Kingdom on March 3, 2014
Verified Purchase
This book made for a very compelling read, this is a wonderful account of the life of a very brave man.
Read more
Report abuse
See all reviews

Page 1 of 1 Start overPage 1 of 1
This shopping feature will continue to load items when the Enter key is pressed. In order to navigate out of this carousel please use your heading shortcut key to navigate to the next or previous heading.
Back
Next
Pages with related products. See and discover other items: battle of iwo jima, flipping houses books