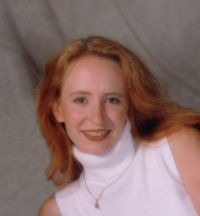 "This series (The Curse of the Templars) is explosive, sexy, riveting, and Claire Ashgrove is a master of her craft." ~New York Times Bestelling Author of MARK OF THE WITCH, Maggie Shayne

"Ashgrove's Templars will steal your heart and her world building will leave you wanting more." ~National Bestselling, Award Winning Author of the L.O.S.T series, Karin Tabke/Harlow

Building on a background of fantasy game design, a fascination with history, and a lifetime love of books, Award-Winning Author Claire Ashgrove brings to life action-filled, passionate journeys of the heart. Her first contemporary novel, Seduction's Stakes, sold to The Wild Rose Press in 2008, where she continues to write for the Champagne and Black Rose lines. Adding to these critically acclaimed romances, Claire's paranormal series, The Curse of the Templars (Tor), marries the history of the Knights Templar with the chilling aspirations of the most unholy--a must-read for speculative fiction fans. Her books have received multiple nominations for "Best Romance of the Year" awards as well as placements within a variety of contests, including the rigorous, Reader's Crown Awards, where Immortal Hope was named Best Paranormal Romance of 2011. For those who prefer the more erotic side of life, she also writes darkly arousing espionage novels for Berkley as the National Bestselling Author Tori St. Claire.

Claire lives in Missouri with her two young sons and too-many horses, cats, and dogs. In her "free" time, she enjoys cooking, studying Ancient Civilizations, and spending downtime with her children and the critters. She credits her success to her family's constant support and endless patience.

To learn more about Claire, visit her on the web at claireashgrove.com, or toristclaire.com.

Start reading Immortal Hope: The Curse of the Templars on your Kindle in under a minute.

The main characters Anne and Merrick are believable and compelling. This is even with a hero who was not in his original place in time. The characters seemed to experience conflict and yet gravitate toward each other in true romantic fashion. Ashgrove's use of the Templars was a neat twist and the world she built made me want to read more, so I am looking forward to the rest of the series.

Linda Bell
3.0 out of 5 stars It could have been a great book.
Reviewed in the United States on May 18, 2012
Verified Purchase
The subplot was the current day action. "Centuries ago, Templar knights defied the archangels and unearthed the copper scroll that reveals the the locations of the gates to hell." It is well written for the most part. The sword fighting is believable. The outlook of the men and their speech are believable. That tension is extremely well done.

With a little tweaking, her protagonist, Anne McPherson, could at least match Robert Langdon as a character and probably surpass it. "Anne has six weeks to complete her thesis on the Knights Templar."

The hero, Merrick du Loire, is very well constructed and believable. But his goal, to kill his cousin because he has become the devil's pawn, is not shown to be strong but merely an obligation.

Her twist that the Templars are immortal and living in modern day America is a great idea. The copper scroll that was found with the locations of the gates of hell is brilliant. Even her choice as to who is in charge of the demons is excellent.

Had she flipped the plot and subplot and kept the main plot on the Templars action, I think this would have been at least a fantasy bestseller, but possibly a Dan Brown type bestseller.

Her website says she writes various levels of erotica under various names. If she makes the choice to write straight paranormal or thrillers, she will become a best-selling author.

Monica Lindemann
2.0 out of 5 stars Not enough pace.
Reviewed in the United States on April 9, 2013
Verified Purchase
The book started out ok, but then it became boring and nothing much really happens. Every time you think something will happen it doesn't. Not entertaining enough for me.
Read more
One person found this helpful
Helpful
Comment Report abuse

Linda Garza
5.0 out of 5 stars read this for sure
Reviewed in the United States on September 7, 2014
Verified Purchase
keep the story going
Read more
Helpful
Comment Report abuse

Jules
5.0 out of 5 stars Amazing new series!
Reviewed in the United States on January 14, 2012
Verified Purchase
First time I have read this author and was blown away! Can't wait for next book in the series. This was a great read about Templar knights and set the stage for what looks to be a promising series.
Read more
3 people found this helpful
Helpful
Comment Report abuse

Michelle
4.0 out of 5 stars Couldn't read fast enough, once I was pulled in!
Reviewed in the United States on January 19, 2012
Honestly, I wasn't so sure I was going to like Immortal Hope. After all, the subject of the Templar Knights is uncharted territory for me. I wasn't sure what to expect or if it would even hold my interest.

Maybe it was due to my doubts about this book. But the story was a bit slow to pull me in. But I am delighted to say that this impression did NOT last long! WOW!! This book is packed full of fast paced action, heartache, smoldering hot tension and a VERY lustful and passionate romance! I couldn't help but fall in love with Immortal Hope!

The Knights have been cursed with immortality. They have sworn an oath to protect humans from evil. They fight demons and with each battle, the evil taints their souls a bit more and eventually the darkness will take over and they will fight against their own brothers. Their only hope for redemption is for each Knight to find their one fated mate. A woman (seraph) who shares their own unique mark. Only their seraph will let the light back into their souls and chase away their darkness.

The characters were very well developed. Not only do you get a very vivid picture of who the main characters are, but you also get to know and love many of the secondary characters. I'm sure we will be able to indulge in more of their personal stories in future installments in this series. *Hint* ;)

Once that spark of interest ignited there was NO turning back! I am now HOOKED on this series and will be going into the next book with my eyes wide open!!

Belladonna
5.0 out of 5 stars Beautiful, delicious and romantic
Reviewed in the United Kingdom on June 22, 2015
Verified Purchase
I so love this book and will read the rest of the series. The medieval Knights Templar are so mysterious, but this book brings them into the 21st Century. They can drive SUV, watch TV and have phones! But they still talk as if they're from centuries years ago and they've never given up their loyalty. What I also love about the knights are they come across as real human beings with emotions and physical strength, instead of a flat 1 dimensional view picture that we're taught about in history lessons. These are a real fantasy for women who love knights.
Read more
Report abuse

Titch54
5.0 out of 5 stars Five Stars
Reviewed in the United Kingdom on January 24, 2018
Verified Purchase
Love them all - hope we get more like them.
Read more
Report abuse
See all reviews