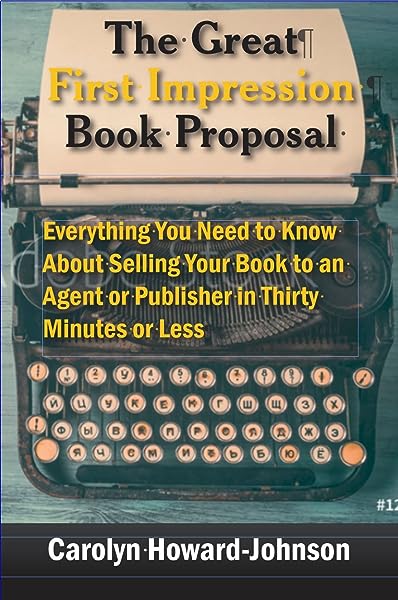 Howard-Johnson's 'Imperfect Echoes', at its best, is an exact rendering of the world we imagined was imaginary. . . . The word choice is exquisite, and the attention to craft makes an artificial formlessness from the shapes of a recognizable earth. For every dream, or hope, the book has, it is able to locate its illusion long enough to play fair with its mirage. The structuring of the book allows journey its passage, and though there is a destination, the author doesn't allow the poems to hurry themselves too quickly through its lyrical foreshadowing. I admire[d] the shorter poems' placement and their detachment from residence. The standout poem for me was 'Little Red Hen and Friends', and caused me to scribble [an] evocation. Some of the lines in the book will take the reader's guts and give them to a ghost- what language do you give your echo?

"[Howard-Johnson's] recollections may tear at your heart and mind until you come to 'The Story of My Missed Connection in Minneola.' I burst out laughing. This was pure comic relief amidst pathos."
~ Eleanor F. J. Garmarsh, author

Carolyn Howard's poems in Imperfect Echoes do articulate justice to the cleanly planed sentence carried across multiple lines. Incorrect to assume such sentences are reductive or simple. Unadorned sentences are an art, as in this one from Howard-Johnson's poem, "Television for Children in the Seventies," "she knows/Kermit as well as her Mother Goose/but mostly remembers/ body bags coming home."

A self-proclaimed literary activist, Howard-Johnson wants the slipperiness of history, its tendency to drift into the haze of forgetfulness, to regain traction and agency, to have gravitas as a loci for instruction and an insistence for change. Here's another telescopic line from "Nightmare," which begins with an apocalyptic dream wherein "Wasps sense/the smell of horror, napalm," and ends with the deftly ironic sentence, "now my grandson's computer/skull logo on the snap-top//arrives by Fed-Ex wearing a skin of Iraqi dust."

Carolyn Howard-Johnson is most effective when her decisively chosen un-grandiloquent diction is subtle with historical reference, particularly when it comes to the unenviable march of war after war, wars witnessed in her lifetime, as in the poem, "Perfectly Flawed," "I settle into my uncle's arms, he on his way to pilot B42's./Something about the Blitz, something I guess/must be related to lightning, to the undersides/of clouds tinged with fire."

Another poem, "Drumbeat," creates a staccato-rhythmic list by naming wars since the 20th century and ends by turning a question into a statement, which is one of poetry's finer devices: "I with no idea/if remembering makes/things better or worse." It mimics the way it is impossible to know what makes a sick infant feel better or worse. Possibly, Howard-Johnson is positing that our country is that sick infant.

Howard-Johnson doesn't solely address war, but allows herself to range from her native Utah to art and Background Singers as well as travel and mythology. If, as according to Williams, there is "no news but in poetry, then surely readers will find such news in Imperfect Echoes.

ABOUT THE REVIEWER
Elizabeth Kirschner is a Winning Writers.com North Street Book Prize award-winning author of Waking the Bones, a memoir.

Accepted for inclusion in "Poets & Writers" prestigious list of published poets, multi award-winning novelist and poet Carolyn Howard-Johnson is widely published in anthologies and journals including the revered "Poetry Magazine" founded in 1912.  Her multi award-winning Celebration series of chapbooks was coauthored with Magdalena Ball, owner of The Compulsive Writer review website.
Howard-Johnson's "Imperfect Echoes" was honored by Writer's Digest and she is the recipient of the California Legislature's Woman of the Year in Arts and Entertainment Award and her community's Character and Ethics award for her work promoting tolerance with her writing. She was also named to Pasadena Weekly's list "Fourteen San Gabriel Valley women who make life happen" and was given her community's Diamond Award for Achievement in the Arts. One of her poems won the Franklin Christoph poetry prize.
The poet is also author of an acclaimed series of how-to books for writers and was an instructor for UCLA Extension's world-renown Writers' Program for nearly a decade. Learn more about all her books at bit.ly/CarolynsAmznProfile or howtodoitfrugally.com.
Start reading Imperfect Echoes on your Kindle in under a minute.

3.1 out of 5 stars
3.1 out of 5
8 customer ratings
How does Amazon calculate star ratings?
Amazon calculates a product’s star ratings based on a machine learned model instead of a raw data average. The model takes into account factors including the age of a rating, whether the ratings are from verified purchasers, and factors that establish reviewer trustworthiness.
Top Reviews

Some of the language that really struck me were phrases such as ""Snow hums a quiet melody," and "salty clouds, sacraments in puddles beneath the tires of our aging Terraplane." These words are descriptive and paint a picture for the reader.

Carolyn Howard-Johnson has a real knock for spinning language together and telling a story in poetic form. This one is a must-read for anyone who loves poetry.
Read more
One person found this helpful
Helpful
Comment Report abuse

Clarence Poisson
1.0 out of 5 stars These Poems Are Empty
Reviewed in the United States on April 19, 2020
Verified Purchase
I read the reviews and they are favorable but they must be reading a different book than I am.
I read poem after poem and they are words just put together. These poems are empty, there is to no pathos, there is no feeling. They are like a program put them together.
.
I have a kindle book, the way the poems are laid out on the kindle is terrible. I hope it is the kindle and not the way the poems were put on the page.
Read more
Helpful
Comment Report abuse

Dr. Robert Rich
5.0 out of 5 stars She writes with a heart
Reviewed in the United States on February 23, 2016
All proceeds from "Imperfect Echoes" go to support Amnesty International. This is not accidental, or incidental, but at the heart of this collection of intriguing poems. Some I skipped by, because we are all different, and the trigger for Carolyn’s response isn’t one of my triggers. But others made me pause, think, nod. Still others grabbed me by the heart, and put that tingle up my spine. I hope she doesn’t mind me quoting one like that:
Crying Walls
Near Jerusalem, razorwire
coils a brutal line
imposed like walls
Lennon imagined
might one day disappear.
This one much like the first wall
I unexpectedly came across somewhere
in memory, an ocean away
marking its territory
East from West, the wall
that called my husband to arms,
just in case. Another wall,
cleaves Irish from Irish. Foreign
walls, but now a new one
crawls from Baja,
through mountain passes
along the Rio Grande. Walls.
Chains-linked. Wire-barbed,
Krylon-smeared. Feeble,
useless, unholy billboards,
anything but mending walls.
This is an understated, quiet, and therefore all the more powerful cry. It is a rejection of hate, fear of the Other, divisiveness, denial that we are all the children of One. The crying walls, what they represent, is what we need to replace with compassion and caring if we want a future for humanity, and a future worth living in.
Carolyn’s words consistently point toward the thinking humanity needs in order to be humane. She cares.
You could do a lot worse than expose yourself to the terrible danger of becoming infected with her way of thinking, her way of seeing the world. With luck, this little book will put the same poetry into your heart.
Read more
2 people found this helpful
Helpful
Comment Report abuse

Eleanor F.J. Gamarsh
5.0 out of 5 stars Discovering More Than Truth
Reviewed in the United States on January 24, 2016
I read poetry occasionally. I have written a few poems totally spontaneously. As I have begun to write regularly, I thought I ought to learn more about that genre. I believed I could do that by reading current poet's writing. I chose to read the collection, recently published by Carolyn Howard-Johnson, titled "Imperfect Echoes".

By the time I had read less than half the pages, I felt that Carolyn had spoken for Everyman. Sometimes subtle, sometimes brutal imagery and metaphor brought truth to light. Every word on page after page disrupted my thoughts and tugged at my heart. It appeared to me, she laid the thoughts of anyone and everyone who cares about our human condition in each page. Thoughts that either we don't want to speak or can't because they are unspeakable for many, for most.

In "The War Museum at Oslo", this poet shows us how the story of war repeats for her and myriads of families. I felt she spoke for all the women who bore them, for all their relations, who watch their men "go of to war. A sacrifice." And later, welcoming them home in one form or another.

Her recollections may tear at your heart and mind until you come upon a poem about the improbabilities and uniqueness of America. When I read "The Story of My Missed Connections in Minneola", I burst out laughing. This was pure comic relief amidst pathos.

I read on, one poem after another because I could not do otherwise. If nothing else, it was my curiosity about what would be next stirring my emotions while being enlightened, also. Up? Down? All around again? Then when I turned the next page, my funny bone was tickled once more. As for learning about poetry, "Imperfect Echoes" gave me more than I was looking for.
Read more
One person found this helpful
Helpful
Comment Report abuse
See all reviews from the United States