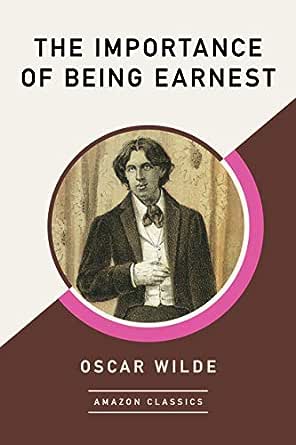 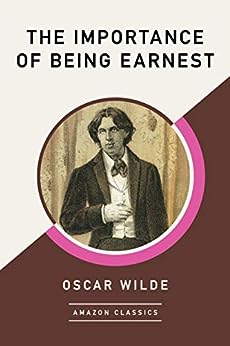 The Importance of Being Earnest (AmazonClassics Edition) Kindle Edition

Dublin-born Oscar Wilde (1854–1900) is known for his satirical comedies of manners. He received honors at Trinity College and Oxford and managed an English magazine before publishing poetry, short stories, plays, and essays. His only novel, The Picture of Dorian Gray, was published in 1891. Banned, censored, and excoriated in the press, the novel’s flirtation with aestheticism was considered dangerous, decadent, and immoral—accusations that would haunt Wilde in his personal life as well.

In 1892, Wilde’s first play, Lady Windermere’s Fan, opened to widespread acclaim; it was followed by A Woman of No Importance, Salome, An Ideal Husband, and The Importance of Being Earnest. The influence of Oscar Wilde—one of the most celebrated, controversial, and unconventional writers of the nineteenth century—is felt to this day.

onairlady2001
5.0 out of 5 stars A classic worth reading
Reviewed in the United States on April 19, 2020
Verified Purchase
Sharp, clever, funny and fast paced, this is a gem. I started to read it because , as a classic, it would surely be good for me. Surprise! No dry reading this, but an enjoyable, fun play.
Read more
Helpful
Comment Report abuse

Kindle Customer
4.0 out of 5 stars I actually liked this
Reviewed in the United States on April 17, 2020
Verified Purchase
I'm not one for older books. I always have a tough time trying to understand what is going on. This book though I laughed the whole time. It was easy to understand. I could follow it and I enjoyed it.
Read more
Helpful
Comment Report abuse

Terri Gostola
4.0 out of 5 stars Cleverly written.
Reviewed in the United States on February 9, 2020
Oscar Wilde is known for his satirical comedies of manners. "The Importance of Being Earnest" is very cleverly written. I"ll share a few quotes.

"All women become like their mothers. That is their tragedy. No man does. That's his."

Jack - "I'll bet you anything that half an hour after they have met, they will be calling each other sister."
Algeron - "Women only do that when they've called each other a lot of other things first."

"To speak frankly, I am not in favor of long engagements. They give people the opportunity of finding out each other's character before marriage, which I think is never advisable."

Honeymoon Reader
5.0 out of 5 stars Excellent!
Reviewed in the United States on July 5, 2020
Entertaining read. Really, really funny! A short well-crafted story written by one of the greatest. Highly recommended if you're looking for a quick, quality read.
Read more
Helpful
Comment Report abuse

Gayla Kellogg
5.0 out of 5 stars Review of The Importance of Being Earnest
Reviewed in the United States on May 16, 2020
What a whimsical play! I enjoyed the story, the characters, and the script. This was a fun, quick play to read. I highly recommend.
Read more
Helpful
Comment Report abuse

J. Van Vranken
5.0 out of 5 stars Funny
Reviewed in the United States on February 3, 2020
It would be a cliche to call Wilde's writing witty but it's the best description. Both satirical and funny, the play is an enjoyable read.
Read more
Helpful
Comment Report abuse

Ruth
5.0 out of 5 stars It is a casual fun reading
Reviewed in the United States on June 19, 2020
This short play is really enjoyable if looking for a casual reading. It is easy to read and follow. And you can grasp Wilde’s satirical writing.
Read more
Helpful
Comment Report abuse
See all reviews from the United States