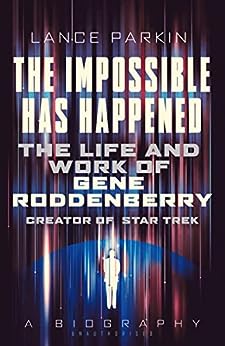 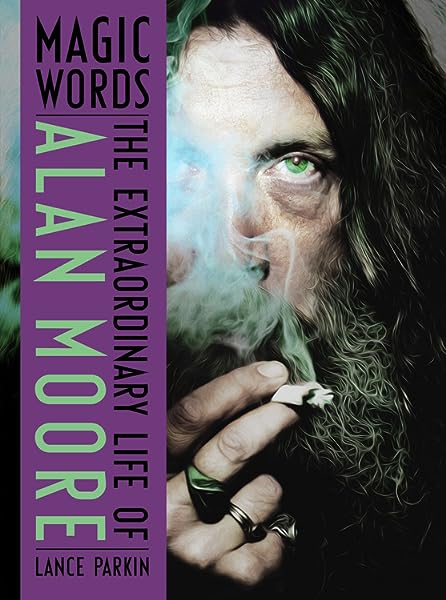 The Impossible Has Happened: The Life and Work of Gene Roddenberry, Creator of Star Trek Kindle Edition

by Lance Parkin (Author) Format: Kindle Edition
See all formats and editions
Sorry, there was a problem loading this page. Try again.

September 8, 2016 will mark the fiftieth anniversary of the debut of the world's most successful science fiction television series: Star Trek. In this new biography Lance Parkin, author of Aurum's acclaimed Magic Words: The Extraordinary Life of Alan Moore, will go in search of the show's creator, Gene Roddenberry.

This book reveals how an undistinguished writer of cop shows set out to produce 'Hornblower in space' and ended up with an optimistic, almost utopian view of humanity's future that has been watched and loved by hundreds of millions of people around the world.

Along the way Lance will examine some of the great myths and turning points in the franchise's history, and Roddenberry's particular contribution to them. He will look at the truth in the view that the early Star Trek advanced a liberal, egalitarian and multi-racial agenda, chart the various attempts to resuscitate the show during it's wilderness years in the 1970s, explore Roddenberry's initial early involvement in the movies and spin-off Star Trek: The Next Generation (as well as his later estrangement from both), and shed light on the colourful personal life, self-mythologising and strange beliefs of a man who nonetheless gifted popular culture one if its most enduring narratives.

LANCE PARKIN is a British author, best known for writing fiction and reference books for television series, most notably Doctor Who. He is an Alan Moore completist, having followed the comics maestro's career since the 1970s, and in 2001 he wrote an acclaimed guide to Moore's work, which has since been updated and reissued. In addition to contributing pieces to magazines such as TV Zone, SFX and Doctor Who Magazine, he is also the co-author of Dark Matters, a guide to Philip Pullman's His Dark Materials trilogy. He lives in the USA. --This text refers to the paperback edition.

Edward Nelson
3.0 out of 5 stars Highly readable but with some factual lapses
Reviewed in the United States 🇺🇸 on August 22, 2016
Verified Purchase
Lance Parkin’s track record of heavily researched and often meticulous books on Doctor Who and Alan Moore implies that his perspective on Gene Roddenberry deserves attention. The new book does not really attempt to compete with previous Roddenberry biographies or books on Star Trek on the criteria of comprehensiveness or the use of documentary and interview material. And many of Parkin’s points—notably those relating to the extent to which the original Star Trek was a product of many hands, how Roddenberry’s characterizations after the 1960s of the original series’ content clashed in important respects with the actual material broadcast, and how the Star Trek film and Next Generation franchises attained acclaim after Roddenberry moved away from them—will be familiar ones because of the previous retrospectives written by others. All that said, Parkin’s biography of Roddenberry is a highly readable account that makes and documents many interesting observations.

One final point. The author repeatedly points out instances in which Roddenberry’s articulateness as a writer was lacking. It is the case, nevertheless, that Roddenberry’s writing is a valuable source of guidance on one area in which the book reviewed here is sometimes lacking—namely appropriate choice of style. Although a highly adept writer, Parkin makes numerous jarring choices of words and phrases in his book: trendy phrases (“incentivized” instead of “encouraged,” “invested in” instead of “attached to”), inappropriate shortenings (“invite” and “advert” as shortenings for invitation and advertisement, respectively, and “grassroot” instead of “grassroots”), and off-base word placements (“coherent” is used when “cohesive” is meant [p. 159], and “company who” is used [p. 176] instead of “company that”). But these questionable choices are as nothing compared with Parkin’s inappropriate use of the word “where.” A useful rule of style is that the word “where” should be reserved for use in connection with specific physical locations. It should not be used in connection with times, events, actions, concepts, documents, or media. Gene Roddenberry seems to have embraced this rule, as is evident in his use of the phrase “time in which” (see, for example, David Alexander, Star Trek Creator, p. 312). In contrast, Parkin uses the word “where” profligately and often in incorrect contexts, as the following list of phrases from his book indicates: universe where, world where, incidents where, instance where, system where, conventions where, event where, examples where, times where, episode where, stories where, years where, school where, ending where, moment where, book where, show where, society where, piece where, shots where, sequence where, take where, film where, movie where, treatment where, document where, weeks where, franchise where, finale where. This usage is wearing.
Read more
22 people found this helpful
Helpful
Report abuse

Jon A Auer
5.0 out of 5 stars The Book is a Great Read.
Reviewed in the United States 🇺🇸 on August 19, 2020
Verified Purchase
The book arrived in great shape and is full of information about the series and it's creator.
Read more
One person found this helpful
Helpful
Report abuse

Sebas De Toma
4.0 out of 5 stars Four Stars
Reviewed in the United States 🇺🇸 on March 14, 2017
Verified Purchase
Pretty even-handed. The Great Bird was a complex man and this book confirms that.
Read more
One person found this helpful
Helpful
Report abuse

Jay Swinbourne
5.0 out of 5 stars Roddenberry history
Reviewed in the United States 🇺🇸 on April 11, 2019
Verified Purchase
What a read if you love Roddenberry.
Read more
One person found this helpful
Helpful
Report abuse

Joe Crowe
4.0 out of 5 stars Brutally honest look at life and legacy of Star Trek's creator
Reviewed in the United States 🇺🇸 on September 10, 2016
This biography of Gene Roddenberry takes a path I did not expect: Brutal honesty.

The opening chapter mentions how Roddenberry was locked out of Star Trek: The Next Generation, and quotes William Shatner as saying Roddenberry “prohibited poor Nimoy from using a company pencil.” The writer also mentions his affairs and drug abuse.

The book is as current as it could possibly be at Star Trek’s 50-year mark. The author points out that more Trek movies have now been made after Roddenberry’s death than when he was alive.

He also, according to the book, announced he was divorcing his wife while at his daughter’s wedding. It’s tough to reconcile the neat things he came up with vs. the slapnuttery of his personal life. So in that vein, this book may be a tough sell for those who consider Roddenberry’s life immune from criticism.

The book doesn’t criticize, just reports, with extensive footnotes. It’s good for both its sci-fi history, and good for warts-and-all biography fans.

At the same time, to the book’s credit, it doesn’t talk down to or reject the effect Trek has on fans and pop culture.

This book does a fine job with a crazy task of documenting everything about Star Trek’s creator and Star Trek’s influence and legacy. (reviewed by Joe Crowe, [...]
Read more
9 people found this helpful
Helpful
Report abuse

Parma, Ohio Reader
3.0 out of 5 stars Did I miss where "the impossible has happened"?
Reviewed in the United States 🇺🇸 on October 3, 2020
Lance, I read the book but don't get where "the impossible has happened." Are you referring to the impossibility of an obscure writer of cop shows and westerns creating one, and only one, iconic successful show? Maybe the fact that having millions of $, it's impossible to understand why he didn't buy a small island in the Caribbean and retire? Maybe it' impossible that with the Star Trek home run he was never able to repeat that success? I did learn a lot about Roddenberry and got some sense of the (horrible) behind the scenes at Star Trek. I'm a Star Trek fan but now, not a Gene Roddenberry fan. :-(
Read more
One person found this helpful
Helpful
Report abuse
See all reviews

KGU
5.0 out of 5 stars The Naked Know
Reviewed in the United Kingdom 🇬🇧 on August 19, 2016
Verified Purchase
The Great Bird bestrode the world of sci-fi TV like a coked up colossus.