The Impossible Journey (Russian Saga Book 2) and millions of other books are available for Amazon Kindle. Learn more
Kindle
$7.49

Other sellers & formats from $6.99
Share <Embed>
Have one to sell?
Sell on Amazon 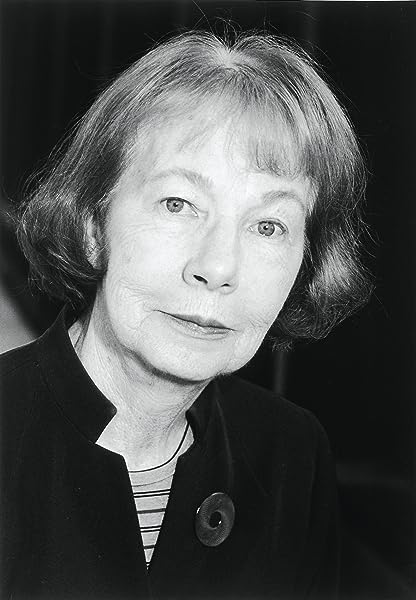 Grade 5-8-A story of a remarkable 13-year-old girl in an extraordinary situation. In Leningrad, in 1934, Marya sets out to find her parents, former aristocrats and therefore considered enemies of the state, who have been sent to Siberia as political prisoners. The spirited and resourceful girl learns that her mother is in Dudinka, a thousand miles from the closest railway station. Marya obtains a few rubles selling her paintings (like Kobe in Homeless Bird [HarperCollins, 2000], Marya's creativity helps sustain her) and buys tickets for herself and her younger brother. At the railway station, the children begin their trek, finding their way by following a river. Some strangers help them; others conspire to report them to the authorities for placement in an orphanage. A tribe of reindeer-herding Samoyeds helps the children to their final stop, where they are reunited with their mother. Papa, who had been sent to a coal-mining camp in Siberia, eventually joins them, but is so ill that he dies at the first signs of spring. Life under Stalin as seen through the eyes of Marya is accessible, well researched, and culturally insightful. Lyrical prose conveys both a strong sense of place and the tremendous love that compels the protagonist to find her parents. Once again, Whelan successfully explores territory less traveled in books for young people.
Connie Tyrrell Burns, Mahoney Middle School, South Portland, ME
Copyright 2003 Reed Business Information, Inc.

Gr. 5-8. In a companion to Angel on the Square (2001), Whelan turns her attentions to Stalinist Russia, circa 1934. Following the murder of a local Communist party official, 13-year-old Marya's parents (the grown-up Katya and Mishka from the earlier novel) are arrested and sent into exile. Marya and her younger brother Georgi try to manage on their own at first, but eventually they set off on a long trek from Leningrad to Siberia, where they hope to locate their mother. Although the odds are great, with help from a kindly doctor, a fisherman's wife, and a band of nomadic Samoyeds, they succeed. Whelan centers her narrative on the children's journey, adding depth with a wealth of rich background details--about political prisons, the prevailing attitudes toward Communist dissidents, the changing lifestyles of the indigenous peoples of Siberia, and the absence of personal and religious freedoms, and much more. Give this to children who liked the previous book and to fiction fans who are interested in this historical period. A glossary of Russian terms is appended. Kay Weisman
Copyright © American Library Association. All rights reserved

Gloria Whelan is the bestselling author of many novels for young readers, including Homeless Bird, winner of the National Book Award; Fruitlands: Louisa May Alcott Made Perfect; Angel on the Square; Burying the Sun; Once on This Island, winner of the Great Lakes Book Award; and Return to the Island. She lives in the woods of northern Michigan.

Start reading The Impossible Journey (Russian Saga Book 2) on your Kindle in under a minute.

4.4 out of 5 stars
4.4 out of 5
26 global ratings
How are ratings calculated?
To calculate the overall star rating and percentage breakdown by star, we don’t use a simple average. Instead, our system considers things like how recent a review is and if the reviewer bought the item on Amazon. It also analyzes reviews to verify trustworthiness.

William
5.0 out of 5 stars Good seller, thanks
Reviewed in the United States on September 25, 2020
Verified Purchase
Yeah I ordered this book for my mom, she needed it for her class. Thanks for the book and I loved the packaging. It was a great but. Thanks again Marshmallow Ghosts.
Read more
Helpful
Report abuse

Heather D-L
4.0 out of 5 stars She Does It Again
Reviewed in the United States on August 16, 2008
Verified Purchase
Gloria Whelan is a master of dealing with runaways and orphans. This book is no exception.

A brother and a sister must travel to Siberia to find their mother after she is sent to a work camp following her husbands arrest. Both children attempt to deal with their emotions as they try to make it hundreds of miles from their home.

The real question is, do they make it?
Read more
One person found this helpful
Helpful
Report abuse

MamaB
5.0 out of 5 stars Historical novel- Russia
Reviewed in the United States on January 9, 2013
Verified Purchase
Fantastic wonderful author. You will want to buy all the books she has authored once you get started.

Bought for my middle school child when studying Russia, but have to say I enjoyed it immensely myself.

A map is mandatory when you read this to track their journey across Russia.
Read more
Helpful
Report abuse

Jennifer H.
4.0 out of 5 stars Great story
Reviewed in the United States on April 17, 2014
Verified Purchase
We read this in our homeschool to go along with our study of world history. It had many details that tied in with what our textbook said. My kids were eager to hear more.
Read more
Helpful
Report abuse

Kathy W.
5.0 out of 5 stars Great book for pre-teen to adults
Reviewed in the United States on February 6, 2012
Verified Purchase
My daughter read this book as a 6th grader and loved it. We recommended it for a mother/daughter book group we were in, so I read it also.
Read more
Helpful
Report abuse
See all reviews
Pages with related products. See and discover other items: russia travel