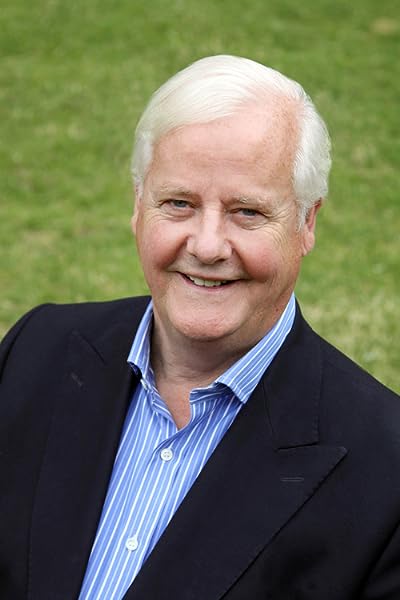 Impossible People: Christian Courage and the Struggle for the Soul of Civilization Hardcover – June 2, 2016

"The prolific Os Guinness, always with his finger on the pulse of our Western societies, considers the current state of our civilization, its fraying at the edges now more deeply tearing toward the center, and how Christians can and must be salt and light in this newly loosed menagerie. . . . Guinness lays out why we must enter this fray with the right tools, and also provides insight on how to use them." (Christian Renewal, August 24, 2016)

"His comprehensive grasp of history, philosophy, science, culture, and religion will give serious thinkers many hours of reflection. Guinness recommends solutions and he challenges believers to courageous action in defense of Christianity." (John Bernstein, Christian Market, August 2016)

"With his unique blend of incisive clarity and prophetic vision, Os Guinness has written a book that will challenge, encourage, and awaken us to live wholeheartedly for Christ in this 'grand clarifying moment.' I recommend Impossible People as a book for such a time as this." (Amy Orr-Ewing, director, The Oxford Centre for Christian Apologetics)

"Every time I sit down to read the prophetic words of Os Guinness, I feel my spine strengthen and my mind perk up. His clear writing and earned wisdom bring both courage and uncertainty; for while we can't predict where our culture will head, we can rely on the truth that guides and emboldens every generation to meet the moment for which we've been called." (Gabe Lyons, founder of Q, author of Good Faith)

"This remarkable book helps us to clearly see how Western modernity is trying to replace Christian faith with a progressive secularism. It is a timely wake-up call for the church to stand firm against this fatal challenge. I urge every Christian leader to read it." (Mouneer Anis, primate of the Anglican Province of Jerusalem and the Middle East)

"I read everything Os Guinness writes because he always challenges my thinking and enlarges my perspective. Impossible People may be his most important work. Read it, then buy five copies for friends and discuss it together. The message is that important. This could be the most important book you read this year." (Rick Warren, pastor, Saddleback Church, author of The Purpose Driven Life)

In his trademark fashion, Os Guinness takes on the biggest themes of the modern world, turns them on the church and its gospel, and challenges the church to be faithful, courageous and unflinching." (Scot McKnight, 14th Annual Outreach Resources of the Year, March/April 2017)

Os Guinness (DPhil, Oxford) is the author or editor of more than thirty books, including Renaissance, The Global Public Square, A Free People's Suicide and Fool's Talk. He is a senior fellow at the Oxford Centre for Christian Apologetics. A frequent speaker and prominent social critic, he has addressed audiences across the world. He lives near Washington, DC.

4.7 out of 5 stars
4.7 out of 5
64 global ratings
How are ratings calculated?
To calculate the overall star rating and percentage breakdown by star, we don’t use a simple average. Instead, our system considers things like how recent a review is and if the reviewer bought the item on Amazon. It also analyzes reviews to verify trustworthiness.
Top reviews

Philip Fennell
5.0 out of 5 stars Each book just keeps getting better and better
Reviewed in the United States on July 17, 2016
Verified Purchase
Once again, Os Guinness gives clear indication why he is so highly respected by significant numbers of people from across the social and political spectrum. Each book just keeps getting better and better. Written as a companion volume to his earlier work (Renaissance), it expands the theme, but also has a more somber tone, Holding no illusions concerning the precarious direction in which Western Civilization (and the world) are veering, it is a serious challenge to all who love the truth, beauty and hope of human flourishing that the West has sought to embody for several centuries now. But it is especially a strong prophetic urging to Christians who hold to the historic, orthodox faith to stand strong in recovering the Gospel and proclaiming it in a winsome, informed and compassionate manner. And much of it focuses on the titanic responsibility of the Church in the world's current lead society, the United States. He employs a metaphor that is very apropos for America. Having willfully severed our the roots our Founders planted, we have become a cut-flower civilization and the extended consequences of that should be obvious by his choice of terms. As always, Dr. Guinness' eloquence, wit and insight are seasoned by his humility, grace, candor and his unswerving commitment to Christ and His Gospel. This has been his fifth book in the last few years ( Free Peoples' Suicide, Global Public Square, Renaissance, Fools' Talk and now Impossible People). And, as I said, his prolific pen just keeps getting better and more prescient. I certainly hope it is not the last time he lifts it to exhort us. I very highly recommend it!
Read more
37 people found this helpful
Helpful
Comment Report abuse

Andrew Bettencourt
5.0 out of 5 stars Awesome book! Os Guinness does write very intellectually though
Reviewed in the United States on October 20, 2016
Verified Purchase
Awesome book! Os Guinness does write very intellectually though, so it may be well over a few readers' heads including this one's at times. However, I do really like the broader topics and themes he discusses as well as the examples that he narrows in on. Definitely tackles quite a few challenges of Christians in the coming years specifically in how to relate and challenge in an ever evolving and near combative public sector, learning how to love atheists well even as we also debate them well, and learning how to work broadly across the body of Christ rather than remaining divided. He specifically has some great advice on overcoming the challenges of generationalism. I really liked it and read it fairly quickly.
Read more
2 people found this helpful
Helpful
Comment Report abuse

Thomas C. Zink
5.0 out of 5 stars Gets past the simple rhetoric of the modern era.
Reviewed in the United States on May 24, 2017
Verified Purchase
As usual, Os Guinness's work proves insightful in a way that transcends the usual take on the challenges facing Christianity in the modern era. The book is beautifully written and thought provoking. Guiness takes the long historical view on Christian/secular interaction to help us understand how our own times bear some similarities with the past (though often not in ways we are prone to see), and how the unfolding of "moderism" creates unique, hidden, and often difficult challenges to understand. The author shows that none of these challenges are insurmountable (the Gospel is as true now as ever), but many of the modern assumptions about reality aren't easily apparent, and therefore go unquestioned. The "modernist" world view needs to be questioned, and exposed at its roots if it is to be properly understood in contrast to the Gospel. Mr. Guinness goes a long way in doing just that.
Read more
2 people found this helpful
Helpful
Comment Report abuse

Dr. Brown
5.0 out of 5 stars This is Guinness's best - and that is saying a lot
Reviewed in the United States on September 19, 2016
Verified Purchase
This is Guinness's best - and that is saying a lot. Somehow he continually captures the spirit of the age in ways that most writers cannot. His ability to trace movements and ideas to their present day manifestations is genius. Impossible People is a call for Christians to understand the times and to prayerfully become a people beholden to to no one but God - thus, "impossible" to control and direct from a worldly perspective. The book includes discussion questions and a poignant prayer at the conclusion of each chapter. Superb.
Read more
5 people found this helpful
Helpful
Comment Report abuse
See all reviews

Mabes Elliott
5.0 out of 5 stars Awesome!
Reviewed in Canada on August 28, 2016
Verified Purchase
Nothing is new under the sun! We still must stand up for what we believe is the truth of the Gospel of Jesus, and be the salt that is sprinkled around the earth. When Christ returns, will he find real faith on the earth?
Read more
One person found this helpful
Report abuse
See all reviews

Page 1 of 1 Start overPage 1 of 1
This shopping feature will continue to load items when the Enter key is pressed. In order to navigate out of this carousel please use your heading shortcut key to navigate to the next or previous heading.
Back
Next
Pages with related products. See and discover other items: of the people, world guiness book