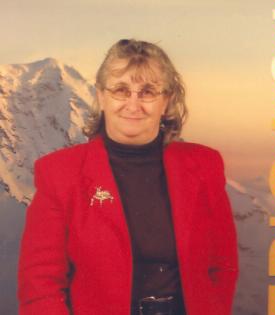 Although I wrote fiction for myself as long as I can remember, and been a professional writer for many years, pursuing publication for my fiction is a more recent endeavor. Published fiction includes two fantasy series: the Dragshi Chronicles and the Windmaster novels. Among other topics, my published non-fiction covers antiques, history, and battlefield archeology. (Yes, I do know the subject and have participated in digs using both traditional screen and trowel methods and the new-fangled metal detectors.) I'm also proud of my two local histories, "Matawan and Aberdeen - Of Town and Field" and "Around Matawan & Aberdeen," both published under the Arcadia Press imprint. As a person, I have tried to find a balance between my typical Gemini characteristics. My heritage is also a reflection of contrasts -- the descendent of a coal-miner's daughter and an aviation flight engineer. I grew up knowing the simple life on a farm, yet my professional career was designing computers. This dichotomoy shows in my writing which crosses genres from historical adventures (written while listening to the Ashokan Farewell), westerns to western movie themes and science fiction/fantasy to the lilting tunes of Celtic harp and flute.

Join me as we journey among the stars, to the past both near and far, or to worlds of imagination. The trip starts at helenhenderson-author.webs.com.

Start reading Imprisoned in Stone on your Kindle in under a minute.

3.9 out of 5 stars
3.9 out of 5
2 customer ratings
How does Amazon calculate star ratings?
Amazon calculates a product’s star ratings based on a machine learned model instead of a raw data average. The model takes into account factors including the age of a rating, whether the ratings are from verified purchasers, and factors that establish reviewer trustworthiness.
Top Reviews

Amazon Customer
5.0 out of 5 stars Wizards, spells, blood sacrifices, and a love story
Reviewed in the United States on September 14, 2013
Verified Purchase
Helen Henderson has created a fascinating fantasy world with engaging characters. In "Imprisoned in Stone" Maerva is apprenticed to Tralin to develop her mage skills. She meets two men she comes to love and they come to love and admire her. One is the weaponsmith Gareth who is gentle and kind but feels unworthy of a mage. The other is Colwynn, son of the evil Cuhlwch who leads the Brethren. There is also Dylan, a tortured mage trapped in stone for centuries. Through snow storms, across deserts, over the ocean, these characters interact with moments of heroism, brutality, and self-sacrifices. If you appreciate spells, wizards, blood sacrifices, and sword fights, this is the book for you!
Read more
Helpful
Comment Report abuse

Natalie The Biblioholic
3.0 out of 5 stars The End of the Brethren
Reviewed in the United States on July 20, 2019
Helen Henderson introduced me to a wonderful world of magic. Mages, incantations, a soul bound to a stone, a sadistic mastermind leading an evil group of magical soldiers, a girl unaware of her powers, the two men who love her, and so much more!

It was easy to get caught up in the mystique of this world and wonder if there was anywhere for these characters to be safe from the whims of a mad man. While he hunted, tortured, and killed powerful mages, Maerva, Gareth and Colwynn (the son of said lunatic) were doing everything not only to elude him, but to finally defeat him. Will they succeed?

Dylan's story was the one that tore me up the most. I can't even begin to understand what this character has been through, but I was totally behind his thirst for vengeance. I'm still a bit dazzled by all the magic that ran through this story. Between the fight scenes, intense spell casting, the love triangle, Dylan's suffering, and Cuhlwch's (bad guy) machinations, you'll be entranced too!