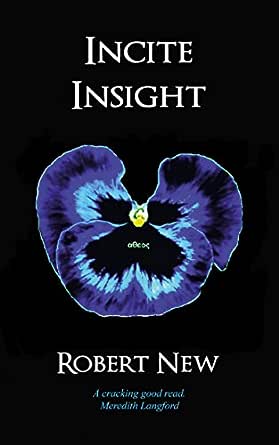 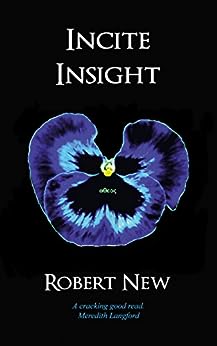 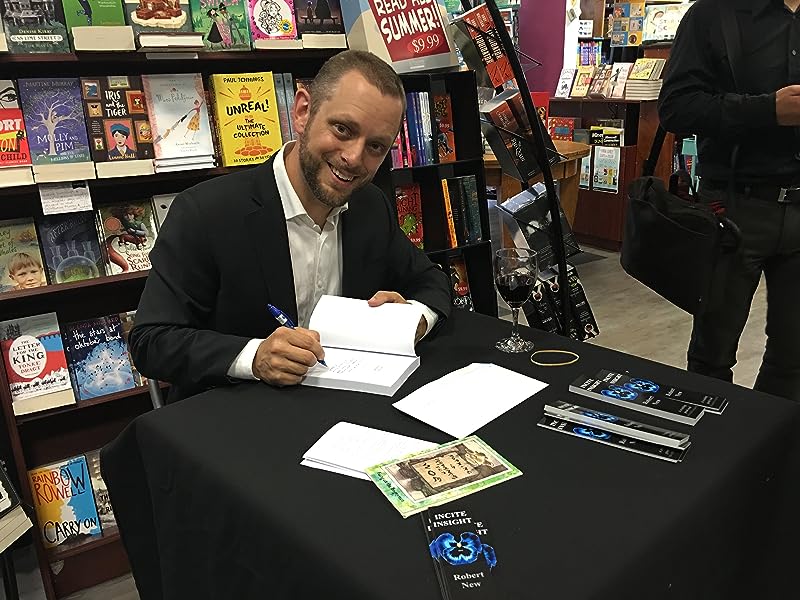 A cracking good read. Meridith Langford A tantalising thriller that will get you thinking. S C Karakaltsas author of Climbing the Coconut Tree. Tickled my brain. Michael Ryder --This text refers to the paperback edition.

According to his wife, Robert has spent too much of his life studying. She has a point as he recently completed a fifth university degree to go with two other tertiary qualifications. Robert has degrees in psychology, sociology, biology and education, all of which inspire his writing. He lives in Melbourne with his wife and two children. This is his second novel. --This text refers to the paperback edition.

4.4 out of 5 stars
4.4 out of 5
36 customer ratings
How does Amazon calculate star ratings?
Amazon calculates a product’s star ratings based on a machine learned model instead of a raw data average. The model takes into account factors including the age of a rating, whether the ratings are from verified purchasers, and factors that establish reviewer trustworthiness.
Top reviews

Guy Wheatley
3.0 out of 5 stars It started with an interesting premise, but wasn’t able to maintain it until the end.
Reviewed in the United States on August 12, 2020
Verified Purchase
It started with an interesting premise, but wasn’t able to maintain it until the end. It devolved to the point of being completely improbable. The main characters was at fist a sympathetic figure, but became a bit insufferable as his confidence and intelligence grew. He developed a condescending attitude toward those he considered inferior.
The storyline relies on convoluted assertions that are simply unrealistic, past the point of reasonable suspensions of disbelief. The twisted paths of logic Brad was forced to follow as he, both made his way through the levels and concurrently solved the crime, was also unrealistic.
I’m reminded of “The Speckled Band,” where Sir Arthur Conan Doyle has Holmes figure out that a villain was using a corral snake, trained to respond to a flute, to commit murder. Corral snakes are functionally deaf to sounds transmitted through air and could not hear a flute. Similarly, most of the brilliant leaps of logic Brad used, simply wouldn’t fly in the real world. I think the author would have been better off just telling us this program exists and our protagonist is going through it.
Brad’s personal growth was mostly enjoyable and I especially like his relationship with Amy.
This wasn’t a complete wast of time, and if you don’t have anything better available give it a read.
Read more
Helpful
Comment Report abuse

Amazon Customer
4.0 out of 5 stars Robert New : An Intellectual Detective Novel
Reviewed in the United States on June 4, 2017
Verified Purchase
I thought this book started well with enough to catch its reader’s attention – strange death, unusual happenings, an insecure detective and an attractive woman in love almost immediately. There were also unusual elements like the university setting and the exploration of difficult ideas. The author is certainly well-versed in multi-disciplinary studies and “Incite Insight” shows this in every chapter. Why, even the title with its symmetry, double-meaning, and repetition is clever to say the least. There are mysterious deaths connected to the exploration of higher states of consciousness and extreme, high levels of thinking. However, after the initial chapters I found myself bogged down a bit by the sheer denseness of the matter : Athena, the Greek for atheism, evolution, sigma, cooked brains, Plato’s cave, cooking neurons, social engineering, and the allegedly dumb detective Brad who paradoxically started to seem super-intelligent while the book started to take on the form of a post-graduate mix of university knowledge and fiction, all OK, I suppose, but with something strange for me therein. I know the author, Robert New, wanted this development Brad's guessing of extremely difficult pass-words and pass-phrases didn’t ring true for me. (Brad is the central character.) It got contrived just as the university and the crimes or extreme events seemed juxtaposed awkwardly, in a clumsy setting both obscure and extremely well known.
Concluding, I am sure this detective novel with its exploration of advanced ideas and its well written English style will appeal to all those readers interested in the genre. Four stars for me because of what I’ve mentioned and because of the one or two typos that crept in during a long and interesting read.
Read more
3 people found this helpful
Helpful
Comment Report abuse

PR Livin
5.0 out of 5 stars Incredible Read
Reviewed in the United States on November 28, 2019
Verified Purchase
I could not put this down. I was immersed in the story and found myself evolving alongside the main character Detective Thomas. I will read more works from this author.
Read more
3 people found this helpful
Helpful
Comment Report abuse

Amazon Customer
4.0 out of 5 stars A thoughtful book wrapped around a medium level story.
Reviewed in the United States on October 1, 2018
Verified Purchase
This book is a solid 4.5. It is not high action or drama; but rather, a story of growth, maturating, and evolution. Perhaps the biggest insight of this story is that evolution is slow for a reason. The story itself presents many ideas and precepts for future thought. It will take me awhile to research what was presented.
Read more
3 people found this helpful
Helpful
Comment Report abuse

Kindle Customer
5.0 out of 5 stars Unusual in the Extreme
Reviewed in the United States on October 8, 2018
Verified Purchase
In some ways this reminded me of The World of Null-A. But in others it was totally different. Without going into overly revealing details, I will just add that the surprise ending IS a surprise.
Read more
2 people found this helpful
Helpful
Comment Report abuse

Robert Sayegh
5.0 out of 5 stars I enjoyed reading Incite Insight
Reviewed in the United States on June 20, 2016
Verified Purchase
I enjoyed reading Incite Insight, it got me captivated and I finished it in one go within couple of hours .
If you enjoy reading any of the following, science fiction, popular science articles, mystery or thrillers, or even solving a good riddle, then you'll probably enjoy reading Incite Insight.
The characters are interesting although not fully developed, and the first third of the book is a bit slow, but it's all compensated with great ideas and surprising story of interesting and authentic twists, that unfold faster and faster as the book moves on.
Read more
5 people found this helpful
Helpful
Comment Report abuse

Lady J
4.0 out of 5 stars You won’t be disappointed
Reviewed in the United States on May 5, 2020
Verified Purchase
Such and interesting and thought provoking read! If you are looking for something to read outside your normal genre, try this book. I don’t think you’ll be disappointed.
Read more
One person found this helpful
Helpful
Comment Report abuse

Maverick
5.0 out of 5 stars Good Story
Reviewed in the United States on February 28, 2017
Verified Purchase
One of the criteria for me in what makes a book good is when it provokes thought.
This book reminds me very much, in a good way, of The Celestine Prophecy, another thought provoking book.
Highly recommended.
Read more
2 people found this helpful
Helpful
Comment Report abuse
See all reviews from the United States