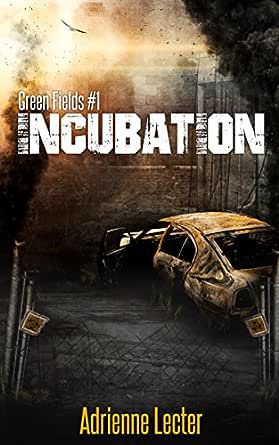 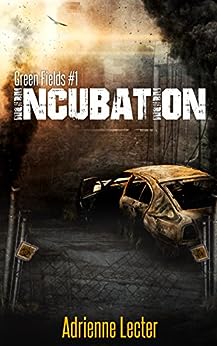 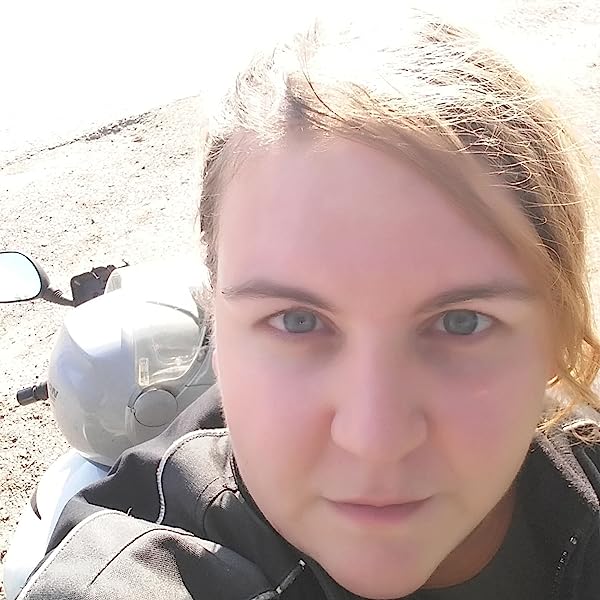 4.4 out of 5 stars
4.4 out of 5
502 global ratings
How are ratings calculated?
To calculate the overall star rating and percentage breakdown by star, we don’t use a simple average. Instead, our system considers things like how recent a review is and if the reviewer bought the item on Amazon. It also analyzes reviews to verify trustworthiness.

Megington
5.0 out of 5 stars Lets combine hilarious and thrilling! Nice!
Reviewed in the United States on April 2, 2016
Verified Purchase
This book was awesome! Here's why:

1. We are following the perspective of a quirky and intelligent Doctor (a virologist, not a medical doctor)! This in itself is exciting because, realistically, someone with a Ph.D. in her 30s probably stands a better chance of surviving a zombie apocalypse than the typical group of teenaged buddies in most dystopian books.

2. Fair warning: This first book in the series doesn't actually have much to do with the chaos of zombies until near the end. Instead, we look at a 2 day time period involving our main character and a group of supposed terrorists, who are holding the biotech building where she works hostage. This might seem like a con, but with how funny the main character and her predicaments are, it's easy to get hooked in and excited about the content.

4. These zombies are a bit different from what the average suggests. First, we are dealing with the fast kind, so there's a little more horror involved than the slow kind that drags feet for a while before making any kind of headway. Second, the way in which zombies are created. It's said that most people suddenly got sick and about 1 in 10 end up turning zomb.

I will also say this: we don't know much in the first book, and there are a few unexplained/unclear aspects, but after reading the second book, I already have a much better picture! I guess the point is that we discover truths along with when the characters do.

Overall, amazing! You should absolutely buy this book if you enjoy zombie situations, humor and thriller moments!

Ashley Fae
5.0 out of 5 stars I'm in love!! Looking forward to the rest of the series
Reviewed in the United States on September 28, 2016
Verified Purchase
’m in love! Although it’s was no secret to me that I enjoyed zombie books, after reading Incubation, the first book in the Green Fields series by Adrienne Lecter, I’ve become an even bigger fan. As a matter of fact, I’d venture to say that not only are zombie books becoming one of my favorite genres, but this book just might be added to my favorite book list. I suppose you could say I’m a fan of any post-apocalyptic books, but zombies roaming around the world keeps me turning (or swiping in my case) pages, one after the other. And when it comes to Incubation, I couldn’t put it down.

Brianna was a dedicated scientist working at a biomedical lab where she was constantly submersed in a world of test tubes, pipettes, this virus or that. Little does she know that day when she dons that lab coat and heads to her lab will be the end of the world as she knows it.

Taking a break from her pipettes and test tubes, Brianna heads for the coffee vending machine. Across the atrium, she spots a handsome stranger who looks oddly like Nate, a man she’s been carrying on an affair with. For the life of her, she can’t figure out any reason he’d be there, standing with a group of visitors who are accompanied by some of the lab’s upper crust. As he comes to say hello he gives her a cryptic warning that seems to be the beginning of the end for them both.

Oh, I can’t even tell you how hard it was to put this book down. To start with the negative, I will say that there were lulls from time to time where I felt the book got a bit technical for my taste: though I suppose one could also look at it as a positive that the Lecter definitely knew about the science behind the book. I just felt a bit bored from time to time as I’m in no way a science person. Anyhow, that is truly the only negative I can think of.

Incubation was witty with layer, upon layer, upon layer of mystery; the pieces of the puzzle slowly coming together to reveal an unbelievably plausible tale of how it will all go down before zombies appear to rule the world. There were moments where I felt chills run up my spine at how real the plot could be. And honestly, it terrifies me.

Impeccably written, Incubation is just the beginning of the Green Fields series that I can hardly wait to read. Aside from the overly technical aspect of this particular installment, Incubation was practically flawless. I could not ask for more from a great book: the one you can’t put down and when you have to, it’s all you think about. I seriously look forward to continuing the series as soon as time allows. Lecter, you’ve got a zombie fan in me!
Read more
12 people found this helpful
Helpful
Report abuse

Steven Pratt
4.0 out of 5 stars Heavy on science and romance
Reviewed in the United States on September 18, 2016
Verified Purchase
Over all, this is a solid zombie story. I've never read a zombie book that went into so much detail about the origin of the contagion. The author obviously has above-average knowledge of biochemistry and epidemiology, and she puts it to good use here. A lot of the jargon was over my head, but it added a dimension that helped wrap me up in the story.

Incubation features a romance more prominently than any other of the dozen or so zombie stories I've read. Zombie romances are interesting and even fun, as the whole apocalypse thing tends to put everything but survival on the back burner. But love will find a way! It's life affirming. That said, I felt the author wrapped the story a little too much around the romance. I didn't knock off a star for that, however. Every interaction between the two was weighed down by the minutiae of their interactions. Facial expressions, blushes, smirks, all that. Sure, that's all necessary, but so much! I felt as though the author was holding her hand on my head and forcing me to look at every bread crumb on the trail. And I didn't feel the obstacles between the two were surmounted in an organic way--or that they were even surmountable. Also, they were not evenly messed up. Messed up people finding each other is what it's all about in zombie romances!

Incubation has a lot going for it. It's a "hard science" zombie story, which I like. It's a good kickoff to the series, and if I find book two discounted, I'll probably get it.
Read more
5 people found this helpful
Helpful
Report abuse
See all reviews

michellec24_7
5.0 out of 5 stars Prepare to be pulled in...
Reviewed in the United Kingdom on July 5, 2016
Verified Purchase
Wow! I found this book (and the subsequent series) on the Amazon suggested list for me so thank you Amazon!!

I am a bit of a Zombie/apocalypse/fantasy nut and I can honestly say I have thoroughly enjoyed this series, although my family haven't as I've often slightly taken on Bree's attitude depending on which bit I've been reading!!

The author assumes it's readers aren't idiots and doesn't go into long winded and often distracting explanations. You are given character details without giving their whole life story; you get to know the characters at the same pace I expect they are (if they were real of course!).

This book pulls you in so vehemently that you won't be able to rest until you have read it all!!
Enticing, exciting and challenging... The writing style is educated but down right gritty. Smart people who have potty brains, let alone mouths?! Winner for me :)
Read more
5 people found this helpful
Report abuse

sandra louise kington
4.0 out of 5 stars Really enjoyed this book
Reviewed in the United Kingdom on January 29, 2017
Verified Purchase
This is the first of Mr Lecters books I've read, I have to admit I don't normally read other books & stick to the authors I already enjoy, very pleasantly surprised how much I enjoyed it, there were "terms" used in this book that went right over my head but not that much (which also surprised me lol) after this review I'm going online to buy book 2 of the Greenfields, I'd definitely tell my reading buddy's to read it, I've given this book 4 stars which if the next is as good as this or better then Adrienne you got 5 stars coming...
Read more
2 people found this helpful
Report abuse

Joanne Mcentee
5.0 out of 5 stars Gripping read - can't wait for the next!
Reviewed in the United Kingdom on July 20, 2018
Verified Purchase
I have to say that when I picked this up I expected a standard zombie story but I was surprised to find that it was so much more! The characters in the first book of this Green Fields series are so well developed I found myself reading even when I shouldn't be and the story kept me riveted throughout. This is the origin story of the outbreak and I can't wait to see what's to come next!
Read more
One person found this helpful
Report abuse

Dee
5.0 out of 5 stars Excellent book
Reviewed in the United Kingdom on July 29, 2019
Verified Purchase
I really enjoyed this book, it is starting with a different premise to other zombie/apocalypse stories that I have read and I liked the humour which is present throughout. I am very much looking forward to seeing what happens to Nate and Brie next.
Read more
One person found this helpful
Report abuse

London Lass
5.0 out of 5 stars Gripping
Reviewed in the United Kingdom on April 23, 2018
Verified Purchase
A gripping, well-written suspense thriller with a strong heroine in Bree. If you've never tried zombie fiction before, suspend your disbelief and settle down to a page-turning read.
Read more
One person found this helpful
Report abuse
See all reviews