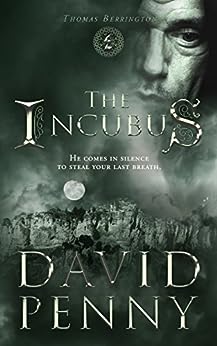 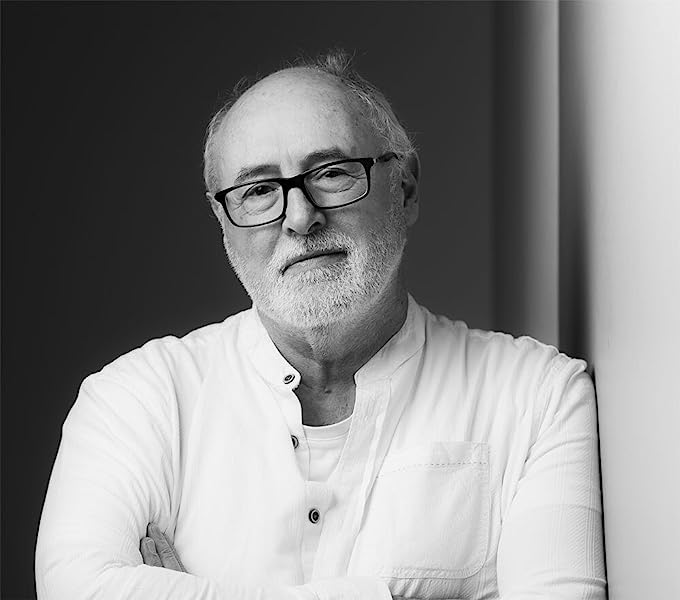 by David Penny (Author) Format: Kindle Edition
Book 4 of 9: Thomas Berrington Historical Mystery
See all formats and editions
Sorry, there was a problem loading this page. Try again.
For Thomas Berrington, torn between two warring civilisations, Ronda is an escape from the madness engulfing Gharnatah. For al-Zagal, the default leader of al-Andalus, it is a return to his mountain stronghold. In the year 1485 this should be a time of recovery and replenishment.
Until the Spanish army arrives, spreading across the plain below towering cliffs. And someone is murdering women so subtly the first the deaths go unnoticed.
Thomas and Jorge are once more thrown into the pursuit of a killer as the world around them changes, and the end of a once great civilisation draws closer. Can they unmask the Incubus before he steals the breath of more victims?

David Penny is the author of the Thomas Berrington Historical Mysteries set in the chaotic final years of Moorish al-Andalus in Spain. He started writing again after a lapse of almost 40 years. After being traditionally published in his 20’s with four science fiction novels, he chose to publish independently on his return to writing. David’s work is available in eBook, print and audio, as well as a translation into Spanish.

When he's not writing David walks Max the dog, travels, and continues to unsuccessfully learn how to play the guitar.

Kindle Customer
4.0 out of 5 stars Not for the squemish, but so intriging!
Reviewed in the United States on March 1, 2017
Verified Purchase
This is a fast-paced authentic look at Spain during Islamic control. It is an interesting view of harems, dark deaths, and even the common folk. History tells us that the French king, Charlemagne was responsible for stopping Muslin incursion into the main part of Europe, but this story is about the Spanish reclaiming Spain from the Moorish caliphs, and in the process introducing us to Queen Isabella, King Ferdinand, and even Christopher Columbus!! This was a violent time but was pivotal in the expansion of the colonial era. Follow the main character, a solider and physician and his friends AND enemies, to see how royal intrigue may have helped decide the future or Europe and the Americas
Read more
4 people found this helpful
Helpful
Report abuse

Howard
4.0 out of 5 stars Unusual historical period for mystery
Reviewed in the United States on April 30, 2021
Verified Purchase
Nice departure into a historical era i knew little about. Of course, there are a number of things which would qualify as anachronisms but still very enjoyable reads. My only criticism is that is seems there is excessive focus on Jorge and his sexual exploits to the point and in every book. I find it repetitive and unnecessary. It adds little to the story.
Read more
Helpful
Report abuse

Carol L. Morgan
5.0 out of 5 stars Very interesting characters
Reviewed in the United States on August 18, 2020
Verified Purchase
I really enjoy all Of David Penny’s series of Thomas Berrington. I could see Jason Momoa as Thomas in reading each book. I love history & find his books ver interesting withe the information he provides in each book on living during those times. I will hate to see this series come to an end. I’m on book six & have a hard time putting each book down once I get started.
Read more
Helpful
Report abuse

Kindle Customer
4.0 out of 5 stars Penny's Thomas Berrington Is Intriguing
Reviewed in the United States on January 29, 2018
Verified Purchase
Thomas Berrington, physician, sleuth, soldier, angel of mercy, is deeply involved in the search for the Incubus, dealer of death during the Spanish, Moorish war. Berrington, friend of Queen Isabella and King Fernando, physician to the Sultan, brokers peace, while solving yet another murder mystery. I am addicted to the series and look forward to book five. Enjoy book four!
Read more
2 people found this helpful
Helpful
Report abuse

Cheryl Kleinjam
5.0 out of 5 stars Another great book!
Reviewed in the United States on May 30, 2022
Verified Purchase
I so enjoy the characters. I would prefer they were a little less graphic at times but really do enjoy the characters and the history.
Read more
Helpful
Report abuse

Amazon Customer
5.0 out of 5 stars Great Read
Reviewed in the United States on April 24, 2019
Verified Purchase
I read mostly historical mysteries. Love to follow the main character Thomas Berrington. I believe the setting is well researched and the historical details are smoothly blended into the story so the reader can learn about the times without being overwhelmed. People, politics, and daily lives are well detailed and explained. I can't wait to read the next book in that series.
Read more
Helpful
Report abuse

Richard Myers
5.0 out of 5 stars Great book (again!)
Reviewed in the United States on November 12, 2018
Verified Purchase
Thomas Berrington is either the most unlucky person that always stumbles into finding dead people or the luckiest person to be able to fight his way out of the many jams he gets himself into while investigating all these deaths. I recommend everyone to read this book. I am now going to buy the 5th book in the series.
Read more
Helpful
Report abuse

Ink Stains
5.0 out of 5 stars The drama of history
Reviewed in the United States on February 24, 2019
Verified Purchase
If the drama of history, the clash of cultures and how individuals experience these events intrigues you, this series will entertain.

I have read 4 books in the series and am looking forward to completing the series.
Read more
One person found this helpful
Helpful
Report abuse
See all reviews

Debbie Young
5.0 out of 5 stars Gripping mix of murder mystery and the machinations of medieval Moorish war
Reviewed in the United Kingdom on February 19, 2017
Verified Purchase
I woke up one morning on holiday last week to find an incubus in my bed - on the Kindle beneath my pillow, where I'd been reading the night before.

This time, Thomas's first whiff of a murder mystery appears while he is escorting a hundred Moorish refugees to safety in war-torn territory where Spanish troops are eroding the power of the Moors. After a hazardous journey they take refuge in the soon-to-be-besieged clifftop town of Ronda, (stupidly, I took a while to stop mentally reading it as Rhondda, an entirely different place!) Here the mystery thickens, and Thomas is torn between tracking down a serial killer and seeking resolution to the conflict between the two cultures that is decimating lives and territory. There is an uncomfortable irony in Thomas and his trusty team of fiancee Lubna and sidekick Jorge spending so much time pursuing the perpetrator of a serial killer while so many lives are lost as a matter of course in the battles between Moors and Spanish.

While Thomas is of course a surgeon rather than a soldier, his combative skills are called on more than ever in this book. There are many scenes of hand-to-hand fighting, as well as numerous grisly deaths. Normally I'd baulk at scenes of violence, not because I am squeamish about blood, but because I don't like life being cheapened, but in these books, although there are many deaths, the fighting is done with appropriate surgical precision, and the descriptions do not at all glorify the violence. Indeed, there are at least two points where Thomas, who should be hardened to such things, muses on the fragility of life and the closeness of life and death, "separated by a heartbeat", and the many deaths make life seem more valuable rather than less, and that's what makes the bloodshed tolerable to me as a reader.

As with previous books in the series, there is plenty of historical detail, with real characters woven into the story. While it is very much a historical chronicle, it is also an especially interesting read for our times, with power changing hands and cultures clashing, with Thomas, as neither Moor nor Spaniard, caught up in the middle. Reading the word "refugees" in the context of medieval history startled me somewhat, and led me to a bit of "plus ca change" reflection. was also bemused by Thomas worrying in the midst of all the mayhem as to whether he's spending enough quality time with his soul-mate Lubna (my words, not his), and these human touches also temper the bloody plots with kindness and compassion.

The new strand introduced about the African slave trade and its impact on maritime history adds another layer to this fascinating series, and I'm looking forward now to seeing that further developed in future books.
Read more
8 people found this helpful
Report abuse

Pensioner Power.
4.0 out of 5 stars Continuing an excellent series.
Reviewed in the United Kingdom on December 29, 2018
Verified Purchase
Whilst I do not think that this is the best in the series, David Penny has again produced an outstanding piece of historical fiction and continues the excellence of the series.
The story of Thomas Barrington reaches the siege of Ronda and a hunt for a serial killer, whose trade mark seems to be a taste for beautiful victims. As always Berrington's skills as doctor, sleuth and soldier are in great demand and his irascible nature seems to be getting no better.
Looking forward to the next one.
Read more
One person found this helpful
Report abuse

Tony336
4.0 out of 5 stars A good read.
Reviewed in the United Kingdom on May 8, 2019
Verified Purchase
This is one in a series set in Moorish Spain and following the adventures and life of an English doctor . I am working my way through the series and as it is set in the 1490sit is absorbing and we get details of the Harem system and our good doctor and his eunuch friend go about solving various murders .I will be reading the whole series and look forward to the smells and scents of the harem.
Read more
Report abuse

Married to she who must be obeyed
4.0 out of 5 stars very good
Reviewed in the United Kingdom on September 29, 2017
Verified Purchase
an enjoyable book and I couldn't put it down, read in 8 hours straight. only one criticism is that at one point I think a chapter or scene got dropped through the editing before publication? I couldn't work out how the villain/ess could be in a particular place to commit a murder, when the people she/he had been travelling with were locked outside, and then the villain/ess follows them into the 'venue' once the secret gate had been opened for them to gain access? But accepting that, still enjoyed
Read more
Report abuse