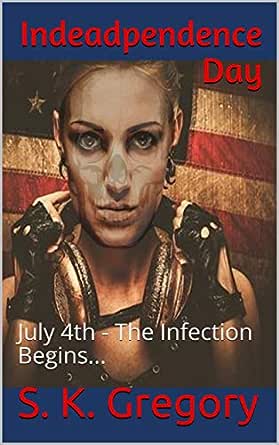 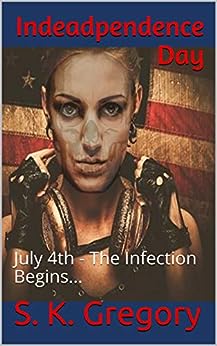 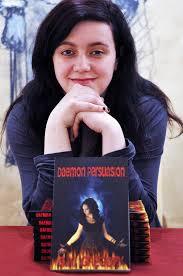 4.4 out of 5 stars
4.4 out of 5
4 customer ratings
How does Amazon calculate star ratings?
Amazon calculates a product’s star ratings based on a machine learned model instead of a raw data average. The model takes into account factors including the age of a rating, whether the ratings are from verified purchasers, and factors that establish reviewer trustworthiness.
Top Reviews

Andy.P
3.0 out of 5 stars The writing is fine, if a bit amateur-ish at parts (lots of ...
Reviewed in the United States on September 15, 2015
I was hoping for something out of the ordinary with this zombie book, something to set it apart from all the others out there. The only thing I can say is "unique" from all the zombie books I've read is that it is set at the ONSET of the zombie plague, rather than deep into it when the world is overrun.
The writing is fine, if a bit amateur-ish at parts (lots of "telling" instead of "showing", too much passive, etc.). There is a lot of punctuation missing (commas, mainly). I don't give it high marks on the narrative and overall construction, but the dialogue was good.
The characters were a bit two-dimensional, though perhaps that has more to do with the length of the book (not enough time to delve into the characters). Either way, I felt nothing toward the various characters when they lived, died, or suffered.
The ending disappointed me in a way, and made me say "Oh well done" in another way. The disappointment was the very anticlimactic climax (it barely stood out as being the climax of the book). I can't tell you what I liked, as that would spoil the book.
All in all, not a bad read, but not the awesome zombie book I was hoping for.
Read more
Helpful
Comment Report abuse

sharon l higa
5.0 out of 5 stars A Zombie story unique unto itself!
Reviewed in the United States on September 1, 2015
A Zombie story like no other! The heroine, Rachel, pulls you into her world turned nightmare with her town overrun by zombies. She has no defensive skills, other than her wits, intellect and flat out commonsense, and she uses everything in her grasp to stay one step ahead of the undead and to protect her family. A story that grabs you and bites you in the arm to get your attention from the get-go. I highly recommend this story, if you love zombie tales that tread a different path!
Read more
Helpful
Comment Report abuse

Christopher Slayton
5.0 out of 5 stars A True Survival Horror Story
Reviewed in the United States on August 26, 2015
Indeadpendence Day is a zombie tale that takes the road less traveled by not following a bad-ass cop or Special Forces commando. Instead, our hero is an eighteen year old girl named Rachel trying to escape a town overrun by the undead.
S.K. Gregory does a great job at thrusting readers into the plot right away and using a flashback later on to allow readers to see what was going on before s!$^ had hit the fan, because let’s face it, we’re all going to be caught with our pants down when zombies really emerged.
Rachel has an independence about herself in the wake of the apocalypse, which is hindered thanks to her little cousin Cady. What I like about Rachel is that she isn’t a highly trained killer who was born for this new world. She is a true survivor, with her strength stemming solely from her need to protect her family. How many zombies Rachel can avoid as opposed to how many she can kill is the definition of true survival horror. This is a must read for any zombie fan.
Read more
Helpful
Comment Report abuse
See all reviews from the United States

Doyler
5.0 out of 5 stars A great story that all zombie fans will love
Reviewed in the United Kingdom on July 13, 2016
Verified Purchase
A young woman is caught up in the middle of an outbreak and is surrounded by zombies. Unfortunately, there is a toddler with her, making survival much harder until she meets two guys, both showing an interest in her, that are willing to put their lives on the line to protect them both.

Great characters, interesting plot, with surprising revelations, and an ending that will have you wanting more. I would definitely recommend it.
Read more
Helpful
Sending feedback...
Thank you for your feedback.
Sorry, we failed to record your vote. Please try again
Report abuse