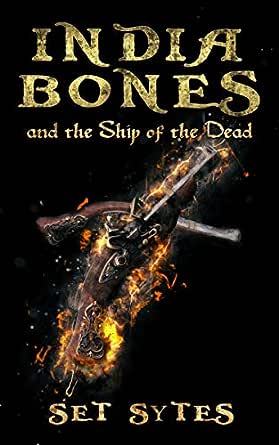 You've subscribed to India Bones! We will preorder your items within 24 hours of when they become available. When new books are released, we'll charge your default payment method for the lowest price available during the pre-order period.
Update your device or payment method, cancel individual pre-orders or your subscription at
Your Memberships & Subscriptions
There was an error. We were unable to process your subscription due to an error. Please refresh and try again. 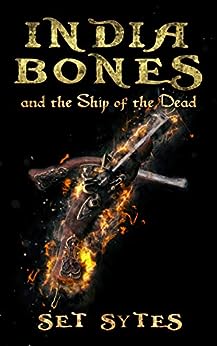 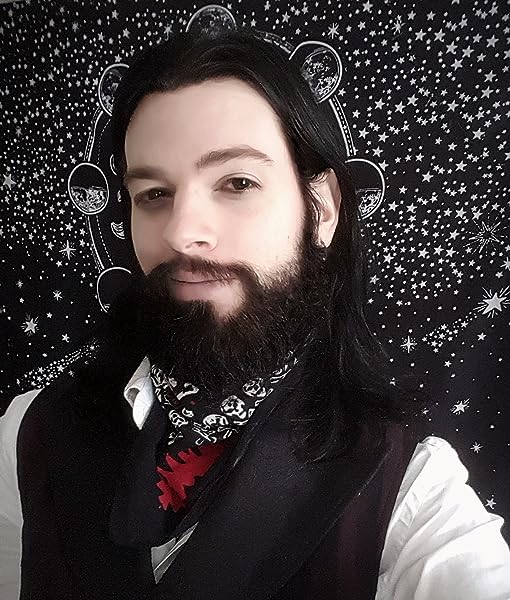 India Bones and the Ship of the Dead: A Pirate Fantasy Adventure Kindle Edition 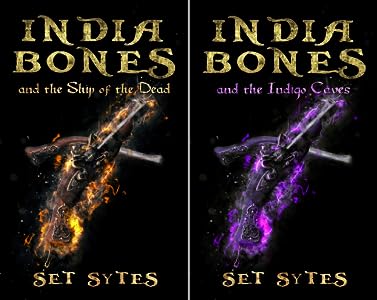 Set Sytes was born in the misty, Arthurian woods of England and was raised by bears. He grew up learning how to do and be many things at the same time, including slaying monsters, rescuing damsels in distress (who turned out to be neither in distress nor, in fact, damsels), and commanding great armies (the strategy involved inevitably being "everybody charge at the enemy").

As the Real World struck with a calamitous clang, Set was found wandering around in the desolate aftermath, completely uncertain about what was now expected of him. He faffed and stumbled around for an embarrassingly long time (sometimes failing quite spectacularly) and then finally turned his hand to the only thing he remembered being any good at as a kid: writing. He was relieved to break the curse of never having finished anything in his life, when he finished his first novel. Which was okay-ish.

Set has since authored many stories of darkness and weirdness and flights of fancy, including the sci-fi/fantasy/western novel WULF, the YA pirate fantasy India Bones and the Ship of the Dead, the thoroughly twisted dystopian thriller Moral Zero, and the fantasy/horror short story collections of Faces in the Dark and Born to be Weird.

Set requests politely that you don't put onions anywhere near his food.
--This text refers to an out of print or unavailable edition of this title.

4.6 out of 5 stars
4.6 out of 5
12 customer ratings
How does Amazon calculate star ratings?
Amazon calculates a product’s star ratings based on a machine learned model instead of a raw data average. The model takes into account factors including the age of a rating, whether the ratings are from verified purchasers, and factors that establish reviewer trustworthiness.
Top Reviews

astralj
4.0 out of 5 stars Good young pirate adventure
Reviewed in the United States on December 4, 2019
Verified Purchase
This was a good story; I'm surprised it's not more well-known. It's set in an alternate-universe Caribbean where the names and geography are changed somewhat--the main character, 13-year-old India Bones, comes from Mexico Island, for example, and Indiana is another island, which used to be part of the Aztec Empire. India is basically a scrappy street kid who believes his absent father is an infamous pirate captain. He is accidentally transported onto the Ship of the Dead, crewed by living skeletons, and travels around the Caribbean with them. When he gets off at the capital Kingston, he makes new friends his own age, but also a dangerous enemy in the Governor's volatile son, who ends up pursuing him in a personal vendetta. Along the way he's also trying to find his father.

I don't have too many complaints about it, other than it was a bit rambling in some places and didn't always feel tightly focused. I almost gave up reading it when we stayed in Kingston for a while, because there weren't any fantasy elements there and that was what I was looking for, but then India gets back to the Ship of the Dead again. Even though it's set in an alternate universe and there are talking skeletons, it's not really heavy on the magic/fantasy elements.

The writing was good--no grammar or formatting issues like you often see in inexpensive books. It sounds like a mashup of "Treasure Island" and "Pirates of the Caribbean," but it's actually deeper than that, as India is prompted to consider some philosophical things about the kind of life he wants to lead. It has a few dark patches with violence, and India and his friends are drunk quite a lot of the time, to comedic effect with little consequence. It would probably be fine for a mature middle-grades student.

Amanda M
4.0 out of 5 stars What's better than pirates and skeletons? Pirates who ARE skeletons!
Reviewed in the United States on December 12, 2019
Verified Purchase
This was a fun, feel-good adventure story something like a cross between Pirates of the Caribbean and Indiana Jones.

It’s filled with likeable rogues, misfits and an entire ship crewed by skeletons. Definitely YA with a interesting take on world building. I found this book thanks to the author turning up on Reddit to spruik his work. Will read the next one, too.

the savage amazon
5.0 out of 5 stars Another battle for the not so good and evil....
Reviewed in the United States on October 1, 2019
Verified Purchase
Well I gotta tell ya for a coming of age story this one's told from the pov of a young pirate. Long lost father's, heros, pirate ships, and treasure. And of course the fair young maids of the mythical carribean seas....hats off to you, Sir. Finely written. A good one for the younger young adults. Shhhh, no spoilers....
Read more
Helpful
Comment Report abuse

Sigrun Denny
5.0 out of 5 stars Unique, fast-paced pirate entertainment
Reviewed in the United States on July 6, 2020
Verified Purchase
I got this because it was free and was pleasantly surprised by how good it was, so had to get the next in the series as well. A creative pirate story with plenty of action and likeable characters.
Read more
Helpful
Comment Report abuse
See all reviews from the United States

Kindle Customer
5.0 out of 5 stars Book for everyone
Reviewed in the United Kingdom on November 28, 2019
Verified Purchase
Very quirky and an excellent read. Felt like a kids book when first started reading but soon become a must read on the train from work. Well done Mr Sytes. 5 stars.thank you
Read more
Helpful
Sending feedback...
Thank you for your feedback.
Sorry, we failed to record your vote. Please try again
Report abuse

Joel Gabb
5.0 out of 5 stars Brilliant pirate adventure
Reviewed in the United Kingdom on August 20, 2019
Verified Purchase
Classic adventure story about a young street kid wanting to live a life of adventure and sometimes getting a little too much of it. A well paced page turner that leaves you wanting more.
Read more
Helpful
Sending feedback...
Thank you for your feedback.
Sorry, we failed to record your vote. Please try again
Report abuse