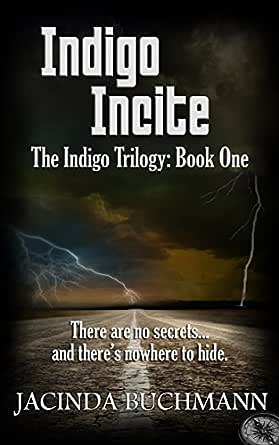 You've subscribed to The Indigo Trilogy! We will preorder your items within 24 hours of when they become available. When new books are released, we'll charge your default payment method for the lowest price available during the pre-order period.
Update your device or payment method, cancel individual pre-orders or your subscription at
Your Memberships & Subscriptions
There was an error. We were unable to process your subscription due to an error. Please refresh and try again. 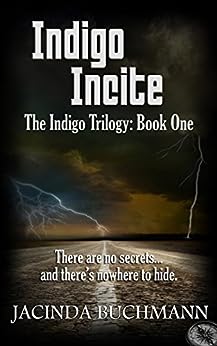 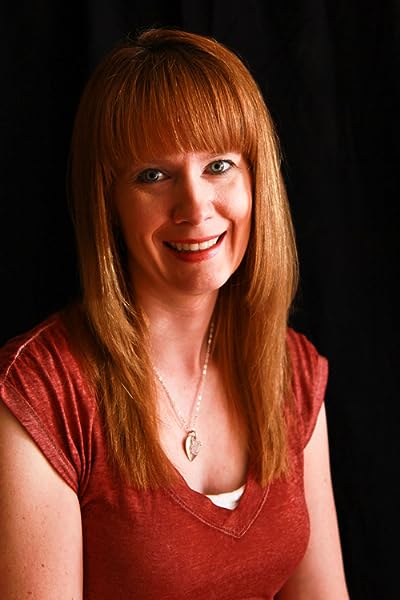 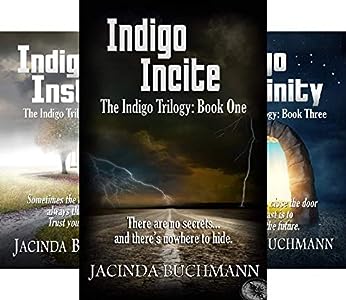 Jacinda Buchmann lives in Arizona with her husband and three children. She graduated from Carroll College, in Helena, Montana, with a B.A. in elementary education and later received a Master’s degree from Northern Arizona University, in school counseling. After spending several years as a teacher and later a school counselor, she now spends her time writing, any free chance she can get, that is, when she’s not spending time with her family or creating a new concoction in the kitchen. --This text refers to the paperback edition.

Heather Rexon-Capewell
4.0 out of 5 stars A nice blend of fantasy and sci-fi
Reviewed in the United States on June 13, 2013
Verified Purchase
4.5 stars
Growing up with special abilities is tricky business. It can be an amazing discovery to know you're not alone, but not when you're separated from the only family you've ever known. Especially not when your brother's kidnapped by an unknown agency who's trying to collect teens and young adults with unexplainable abilities.

This is a multiple person point-of-view novel that follows the story line. Each voice is clear, adds to the suspense, and moves it forward. Personally, I love these types of books because we can see all sides of the situation.

Did I choose a favorite? Sure, I actually totally dug Tyler. It might be because I understood him and where he was coming from. In my teens, I was in the wrong place at the wrong time a lot. On the other hand, I liked how sure he was. Not in a snobby way, but he had an inner drive to get to his brother and took risks without fear.

No spoilers, y'all know that's not my style. The plot starts out feeling very fantasy like and turns into a more sci-fi blend. But there aren't over technical terms or mathematically built worlds that make you have to reread a page 10 times. It's a very subtle shift, and it's a very light layer of the science fiction feel.

A SN: Loved the star children and the idea around them.

The hardest part of sci-fi and fantasy built on Earth? Suspending disbelief. There wasn't much aside from the abilities that didn't jive. The author was consistent in her characters that if there were flaws, I didn't see them. That can be tricky when you've got government agencies tied in too. But it worked for me.

Another SN: Aspirin. It's used twice in the book, and administered to the twins who are 16 years old. While I think it's a generic term in context (i.e. pain reliever). Children under 17 are advised not to take aspirin, and I'm not certain teens today would know to ask for it using that name. A nurse would never administer it to a child either because the risk of death is fairly high. It can cause fatality due to Reyes Syndrome. I point this out only because teens reading the book should know the danger of aspirin just like other OTC drugs.

Overall it was an excellent read, and I want to read more of their story. I'm fascinated by the Star children and would love to see more of that side of the story. This is one to keep an eye out for.
Read more
Helpful
Report abuse

This is an excellent young adults' book. Tyler, Toby, Liliana, and Grace are high-schoolers. Eddie is in college, and Sarah is a military wife with a baby on the way. They are all Indigo Children. Children who have exhibited extra powers. When Toby is kidnapped, his twin brother, Tyler, joins forces with the others in order to bring save his brother and protect them all.

In addition to the spy/fantasy/thriller storyline, there is a strong theme of love, both familial and romantic.

It's hard to believe this is Ms. Buchmann's premiere novel. The story is quick-paced enough to keep you engaged, while providing all of the information needed to understand their unique situation. I thoroughly enjoyed this story and I am looking forward to the continuation of this trilogy.
Read more
Helpful
Report abuse

EllieSewSweet
4.0 out of 5 stars I very much enjoyed reading this book!
Reviewed in the United States on January 10, 2015
Verified Purchase
Indigo Incite is a great beginning to this series. It is a lot like many of the great TV shows I have been seeing that have kids, young adults and adults with special abilities and talents. I like how they all work together for a common goal and achieve that goal by relying on one another even though they have only met. They are open and honest with one another and it is wonderful to watch their relationships grow and some blossom. Following them follow their instincts reminded me to listen more to my internal dialogue and remember how I used to "read" people when I was young. The story moved along at a great pace and I am so ready to jump right in to book two and three!
Read more
Helpful
Report abuse

LadyLox
3.0 out of 5 stars Interesting Story Line - Yet rushed
Reviewed in the United States on November 14, 2015
Verified Purchase
This book marks the beginning of a series that is different from other paranormal books. No vamps or weres, but supernaturals with different gifts on the run from the government. The story line is interesting but rather rushed. Young teens below the age of 17 falling in love at first sight - not too believable. But the book was FREE so thus why the download. The ending was interesting and the second book is very well priced so I am downloading the second one to see where the story goes. Not one of my favorites but its good for Free
Read more
Helpful
Report abuse

Bea Provert
5.0 out of 5 stars Awesome story, well written!
Reviewed in the United States on June 10, 2019
Verified Purchase
Omg, what can I say about this book? It was freaking amazing! The storyline was top notch. The characters, were great. The writting was well done. I look forward to reading book two soon.
Read more
Helpful
Report abuse

T_Barber
3.0 out of 5 stars Slow paced, but interesting
Reviewed in the United States on March 22, 2015
Verified Purchase
A slow but interesting read. The characters were different and the story line has promise. I just felt like the pace was a bit slow. I was looking for more through the whole book. I'm still going to read more of this series and author.
Read more
Helpful
Report abuse

Amazon Customer
5.0 out of 5 stars Great book (-:
Reviewed in the United States on January 7, 2017
Verified Purchase
Great book. I had a hard time putting it down. Looking forward to reading the next one. Definitely would recommend it.
Read more
Helpful
Report abuse

Marianne
5.0 out of 5 stars Great read
Reviewed in the United States on February 11, 2015
Verified Purchase
I don't normally read this type of book but the author is a friend of a friend so I thought I would give it a try. It was well written and I thoroughly enjoyed it. I am excited to read the next two books in the trilogy to find out what happens with the indigo children.
Read more
Helpful
Report abuse
See all reviews

Craftycat
5.0 out of 5 stars Thoroughly enjoyable
Reviewed in the United Kingdom on May 2, 2017
Verified Purchase
Great characters and plot from an author I'd never heard of before, don't you just love it when you get a free book only to find out its an absolute corker?
The only moan I have is that they are all too beautiful /good looking. Just once in a while it would be nice to read about a brilliant person who's 5ft in bare feet, fat & myopic! Or even just ordinary looking like most mere mortals are.
Anyway I'm looking forward to getting the next in the series & I hope it's as good as the first.
Read more
Report abuse
See all reviews
Back to top
Get to Know Us
Make Money with Us
Amazon Payment Products
Let Us Help You
EnglishChoose a language for shopping. United StatesChoose a country/region for shopping.
© 1996-2021, Amazon.com, Inc. or its affiliates