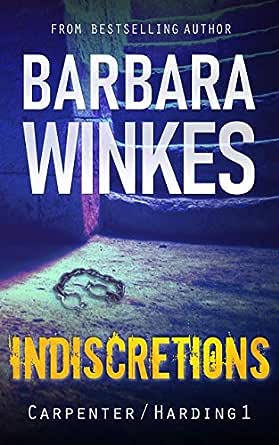 You've subscribed to Carpenter/Harding! We will preorder your items within 24 hours of when they become available. When new books are released, we'll charge your default payment method for the lowest price available during the pre-order period.
Update your device or payment method, cancel individual pre-orders or your subscription at
Your Memberships & Subscriptions
There was an error. We were unable to process your subscription due to an error. Please refresh and try again. 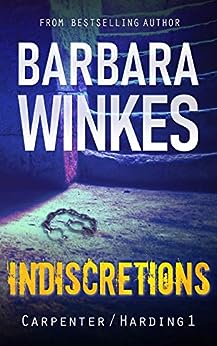 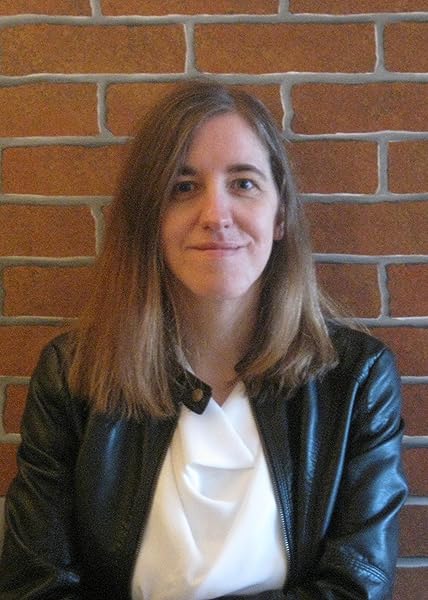 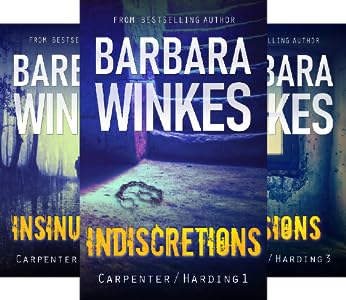 
"The characters are deeply flawed, but incredibly interesting and very well drawn. I absolutely root for them." -Annette Mori, author of Locked Inside


"This is the first book I have read in a long time where I could actually feel myself sitting up straighter, holding my breath, and my pulse quicken,and I loved it. The suspense (...) was out of control and I genuinely couldn't put this book down. At 3.47am, I finished what I had started a mere 5 hours before, and I have no regrets. Great pacing, great characters, great suspense. An all-round terrific book. -Erin, The Lesbian Review

"I was very impressed with this book and want to find out what is in store for the pairing. A really good read." -Kitty Kat's review blog


"The suspense of the building case, and relationship between Ellie Harding and Jordan Carpenter keep the story interesting and the plot moving at a good pace. Very gripping, and a great thriller crime novel. -LESBIreviewed

Alisonnic
4.0 out of 5 stars Solid story, but...
Reviewed in the United States on October 29, 2019
Verified Purchase
I liked this story and the two major characters. They felt real to me, relatable and believable. The murder mystery that was intertwined with the developing romance was creepy, but the characters' efforts to solve it added depth and pathos to the story. However,

I felt this book could use another pass at copy and line editing. Run-on sentences and otherwise misused commas were, while not everywhere, were present often enough to be a distraction, as were awkward sentence construction and the occasional misused or missing word.

Also, note that this isn't really a standalone novel. While there is some resolution at the end, there is also a setup for the sequel, both in terms of the police work and in terms of the unresolved passion between the two protagonists.

All in all, a good effort and an engaging story. I may follow up and read the sequel.
Read more
One person found this helpful
Helpful
Comment Report abuse

T. Wentz
4.0 out of 5 stars Keystone Cops? I beg to differ....
Reviewed in the United States on June 8, 2015
Verified Purchase
First off, I have to disagree with the other review that was posted. Not only was it extremely harsh, it wasn't completely accurate. I watch a lot of cop/crime shows...one could even say I am obsessed with them, and did not get the feeling that the characters were dumb cops. Did they follow protocol? No, not always, but that is true in real life as well. I can't say much about the story because I don't want to give anything away, but I truly enjoyed it and am excited for the next one. I do not think you would be disappointed in this story if you are an enthusiast of this type of genre.
Read more
7 people found this helpful
Helpful
Comment Report abuse

susan
5.0 out of 5 stars Hooked
Reviewed in the United States on November 6, 2017
Verified Purchase
I almost let the page count let me miss out on a good mystery with great characters. The storyline kept my attention all the way through. Off to read book 2. I definitely recommend this book.
Read more
3 people found this helpful
Helpful
Comment Report abuse

Joann
5.0 out of 5 stars Awesome
Reviewed in the United States on November 9, 2019
Verified Purchase
I just love the book. Now I have to find a way to read the rest. Loved Ellie and Jordan. Sad by what happened to them both. They are strong female characters.
Read more
Helpful
Comment Report abuse

pattheotter
3.0 out of 5 stars How much $ to get their whole story?
Reviewed in the United States on January 28, 2020
Verified Purchase
I would give the storyline 5 stars. However, I resent the cost of $36 for the 9 short stories. A couple of full-length novels would fit the bill. Reminds me of chapter books when I was young. Won't buy the 2nd one.
Read more
Helpful
Comment Report abuse

Loek
5.0 out of 5 stars This is definitely an pageturner.
Reviewed in the United States on June 25, 2015
Verified Purchase
I truly enjoyed it. I like this kind of genre more and more and especially if they are as exciting as this. The end came much too soon. I would like to know what the future brings for the 2 main characters. Let us hope that the sequel will be released soon.
Read more
4 people found this helpful
Helpful
Comment Report abuse

The Paragon
4.0 out of 5 stars Plenty of twists and turns
Reviewed in the United Kingdom on April 25, 2020
Verified Purchase
The story follows young police officer, Ellie Harding, and the slightly older detective with whom she has obvious chemistry, Jordan Carpenter, during a thorny and complicated investigation.

Having survived an encounter with a masked attacker, Officer Harding makes it onto the team tasked with capturing the perpetrator of a series of kidnaps and murders.

Jordan Carpenter's girlfriend is a psychologist, attached to the FBI, who has blinded herself to the problems in her personal life, including her girlfriend's infidelity and obvious desire to leave.

With the attraction building between Harding and Carpenter, it’s only a matter of time before they succumb to their feelings. But as the investigation continues, it becomes clear that the man behind the crimes is a woman-hater who targets unfaithful women - those with multiple partners or female partners appear to be his personal favourites. The question is: how much danger are Harding and Carpenter in? And can they save his latest victim before it’s too late?

A solid read, well-written. I’m no overly-familiar with the way the US police service works so it took me a while to get to grips with who all the characters were to each other. That said, there were plenty of twists and turns and towards the end (no spoilers), my heart dropped down to my stomach. I’ll look forward to reading more from this series.
Read more
Report abuse

Hope Freed, UK
3.0 out of 5 stars Avoid the American reviews...
Reviewed in the United Kingdom on November 14, 2017
Verified Purchase
...partly because they're way too full of praise and partly because one of them tells you who the bad guy is before you even begin to work it out yourself!
This is definitely one of those 'missed opportunity' books for me. Another of those 'didn't really understand or connect with the characters' sort of books which didn't engage my heart at all. The writing was adequate but not exceptional and the plot line much the same. I'd really rather read some Rainey Bell or Val McDermid... I think I'm going to try a Mari Hannah in the police procedural/thriller genre next...
Read more
Report abuse

Miss S
5.0 out of 5 stars Suspense above and beyond
Reviewed in the United Kingdom on June 4, 2019
Verified Purchase
Loving a detective story and a lesbian genre thought I would give this a try and wow no disappoint ment here . A cracking story with two lead characters that make you cheer. Definitely going for the rest of the series
Read more
Report abuse

Sandra
4.0 out of 5 stars Great cop series
Reviewed in Germany on January 19, 2019
Verified Purchase
Indiscretions is the first book in the Carpenter & Harding series. Soon book #8 will be out.

Rookie cop Ellie Harding wants to be a detective as soon as possible. Back at work after recovering from an attack by a stranger, maybe she will get the chance to work with the detectives on a case of a sadistic killer, who’s murdered more than one women.

Detective Jordan Carpenter is struggling with more than this unsolved case. And there is this ever growing attraction for Ellie even though she’s still in an unhappy long-term relationship. Will she be able to catch the killer and find a solution for her private life.

The murder case was gripping and chilling and kept me on my toes, even though, as a minor flaw, I suspected who’s the murder before the detectives did. But it didn’t lessen the suspense.

In the beginning, the romance a little bit fast, but slowed down when there was so much going on in the precinct. The MCs had great chemistry and I was rooting for them to come together. The characters are real women and well developed with flaws like everybody.

It’s written alternatively from the POVs of Ellie and Jordan with a few short insertions from the murder. Sometimes this head-hopping was a little confusing.
Read more
Report abuse
See all reviews