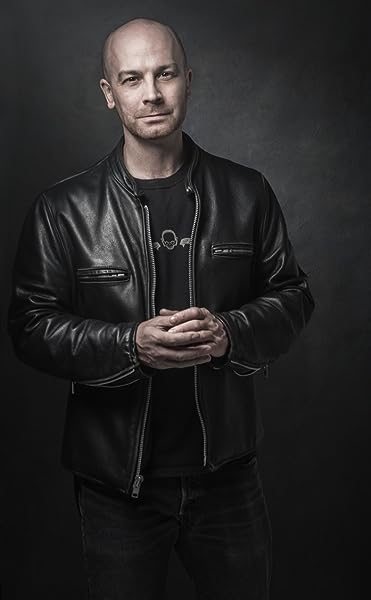 by Scott Sigler (Author)
4.3 out of 5 stars 884 ratings
Book 1 of 3: Infected
See all formats and editions Hide other formats and editions
Read more Read less
Inspire a love of reading with Prime Book Box for Kids
Discover delightful children's books with Prime Book Box, a subscription that delivers new books every 1, 2, or 3 months — new customers receive 15% off your first box. Learn more.
click to open popover

"Part Stephen King, part Chuck Palahniuk, Infected blends science fiction and horror into a pulpy masterpiece of action, terror, and suspense.  Three recommendations: don't read it at night, or just after you've eaten a full meal, or if you're weak of heart.  You've been warned!"
—James Rollins, New York Times bestselling author of The Judas Strain and Black Order

“Sigler is masterful at grabbing the reader by the throat and refusing to let go. Just when I thought I knew what abyss he was leading me across, he knocked the bridge out from under... I think I screamed the whole way down... Infected is a marvel of gonzo, in-your-face, up-to-the-minute terror.”
—Lincoln Child, New York Times bestselling author of Deep Storm and Death Match

"Horror mavens rejoice! Infected is a revelation -- a novel that lives up to its hype. From page one, the story of a mysterious smart-virus that turns its hosts into deadly drooling drones creeps up on a reader like the ratchet of a roller coaster climbing toward its inevitable crest. Sigler brings the folksy character detail of Stephen King, the conceptual panache of Clive Barker, and the oozing, shuddery pathologies of a David Cronenberg movie. Zombies, spies, conspiracies, and gallons of goo make this the fastest read in the west! Highest recommendation!"
— Jay Bonansinga, national bestselling author of Shattered, Twisted, Frozen, and The Sinking of the Eastland

"Sigler has a unique talent for keeping readers on the edge of their seats; I absolutely had to know what was going to happen next. Infected is full of mayhem, action, and gore--and you won’t be able to put it down."
— Dave Wellington, author of 13 Bullets and the Monster Island trilogy

"Scott Sigler's Infected is a bucking pulp pony that throws you this way and that, and just when you think you've got your balance, that ole pony bucks the other way. All in all, one hell of an exhilarating ride, and highly recommended."
—Joe R. Lansdale, World Horror Convention Grand Master and six-time Bram Stoker Award-winning author of Bubba Ho-Tep and Lost Echoes

"Infected is as unnerving as a scream in a morgue…a breakout novel that gets under your skin. If the voice in your head is Sigler's, you're locked in for a very scary night."
—E.E. Knight

Scott Sigler is the New York Times bestselling author of several novels, including Contagious, Ancestor, Nocturnal, and Pandemic. He lives in San Diego.

Page 1 of 1 Start overPage 1 of 1
This shopping feature will continue to load items when the Enter key is pressed. In order to navigate out of this carousel please use your heading shortcut key to navigate to the next or previous heading.
Back
Next
Pages with related products. See and discover other items: contact center, mind control fiction, podcast book