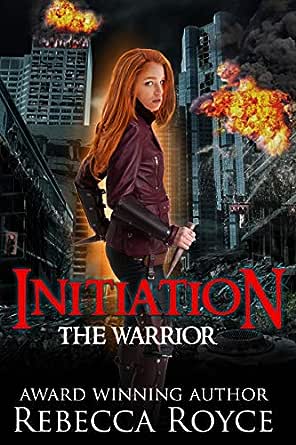 You've subscribed to The Warrior Series! We will preorder your items within 24 hours of when they become available. When new books are released, we'll charge your default payment method for the lowest price available during the pre-order period.
Update your device or payment method, cancel individual pre-orders or your subscription at
Your Memberships & Subscriptions
There was an error. We were unable to process your subscription due to an error. Please refresh and try again. 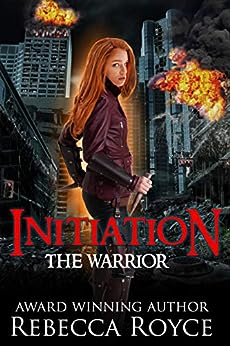 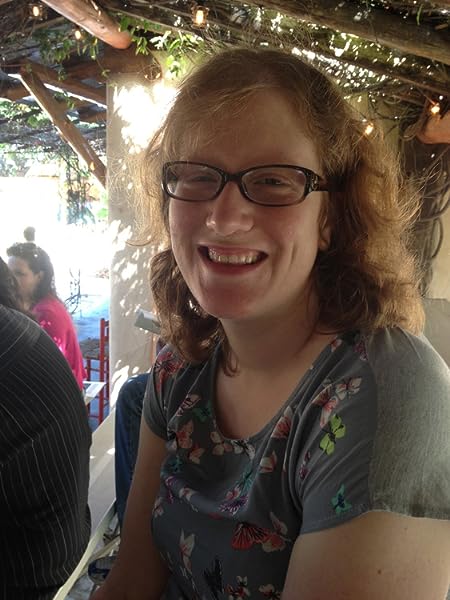 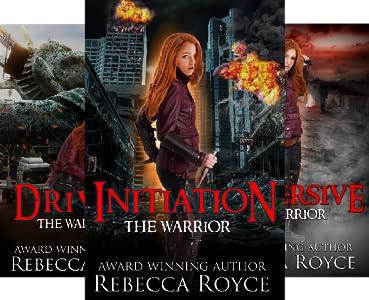 As a teenager, Rebecca would hide in her room to read her favorite romance novels when she was supposed to be doing her homework. She hopes, these days, that her parents think it was worth it. She is the mother of three adorable boys and she is fortunate to be married to her best friend. They live in northern New Jersey and try not to freeze too badly during the winter months. She is in love with science fiction, fantasy, and the paranormal and tries to use all of these elements in her writing. She’s been told she’s a little bloodthirsty so she hopes that when you read her work you'll enjoy the action packed ride that always ends in romance. She enjoys writing series because she loves to see characters develop over time and it always makes her happy to see her favorite characters make guest appearances in other books. In her world anything is possible, anything can happen, and you should suspect that it will. --This text refers to an alternate kindle_edition edition.

4.7 out of 5 stars
4.7 out of 5
88 customer ratings
How does Amazon calculate star ratings?
Amazon calculates a product’s star ratings based on a machine learned model instead of a raw data average. The model takes into account factors including the age of a rating, whether the ratings are from verified purchasers, and factors that establish reviewer trustworthiness.
Top Reviews

AmazonCustomer
5.0 out of 5 stars Fantastic read, gonna marathon the rest of the series.
Reviewed in the United States on September 8, 2015
Verified Purchase
This is the first of a five book series and I am eagerly anticipating continuing the story. Thankfully Rebecca has the entire set completed so I can do a read-a-thon! I received this book for free in exchange for an honest review. (But I'm gonna buy the rest of the series.)

Rachel, the lead character is what you would expect from most 16 year olds, except she’s got Warrior abilities that give her an advantage over other humans. She uses these abilities to destroy the vampires and werewolves that have driven humans underground. It’s no problem for me to hang out in her head all day because she’s realistic, pragmatic, and funny. Rachel has so many facets to her and she doesn't get hung up in an Eeyore way about things. She can be emotional, but she doesn't allow her emotions to rule her.

There was plenty of chemistry with Rachel and Jason, the werewolf who ends up kidnapping her. Young love at its finest with plenty of hilarity ensuing. There are also some other hot guys we get to meet that opens Rachel’s eyes about her destiny and what she wants or needs.
This series is not like anything I’ve ever read, but to compare, it’d be like Buffy the Vampire slayer with a bit of Paranormalcy humor, lightly sprinkled with Hunger Games elements. Plenty of secondary character love with a good plot, twists and surprises, this book will have you wanting more!
Read more
Helpful
Comment Report abuse

Carol LaGatta
5.0 out of 5 stars Enter into a world where the humans live underground and the monsters in the form of Werewolves and Vampires rule the surface.
Reviewed in the United States on October 2, 2015
Verified Purchase
By all rights Rachel Clancy should be joining the first years tonight, her sixteenth birthday. But the council has other ideas. Ideas that come from their leader Isaac Icahn, based on something her father did when she was just a baby. Not exactly fair, she shouldn't be held responsible for her father's sins.

The council is made up of Isaac Icahn and his two sons Liam and Noah, Patrick Lyons (her best friends father), two other warriors John Cohen and Raj Moore, and the tie breaker, Mia Sandry. Their decision, she goes out alone, to the Hudson Outpost, deliver the message and return the next night. Rachel is sure they don't expect her to live, and quite frankly she has her doubts as well.

Her send off is not traditional as only her beloved instructor Keith Endover and Patrick are there. This is one of my favorite scenes and had me tearing up.

On the surface Rachel is saved from a vampire, that would have been her end, by werewolves. Wolves she didn't sense as she should have been able to, and then taken captive.

Recovering from the illness contracted from the vampire's claws, Rachel learns much from these wolves she cannot sense. Things that will change the course of the war against the monsters.

While there is only the promise of romance in this book, there is suspense and lots of action. I cannot guess how the events in this book will influence the next. I look forward to the next one in the series.
Read more
One person found this helpful
Helpful
Comment Report abuse

Virgen Caraballo
5.0 out of 5 stars sexy read
Reviewed in the United States on December 28, 2015
Verified Purchase
I got this Arc copy for an honest book review. I thought that the characters were amazingly sultry, powerful, sexy and full of surprises, so I gave it 5 stars.

I loved the way the author was clear with her description and writing of this story for you can even imagine yourself being there. Having to live under ground because above ground it was taken over by monsters. I thought that the book was worth reading!

Rachel Clancy was a 16 yr. old who was born with a specific set of genes that lets her fight monsters, so she has trained her whole life to kill vampires and werewolves. She is unprepared for the deception and betrayal that awaits her. She meets Jason (strapping wolf shifter) who comes to her rescue, then when she is taken to where they keep the prisoners she meets Deacon (warrior in training) and Chad (buffed warrior) who all seem to crave for Rachel's affection after meeting her.  So this is a must get book to read and find out what happens. I also can't wait to see what happens next.
Read more
Helpful
Comment Report abuse

MELINDA G
5.0 out of 5 stars Initiation
Reviewed in the United States on September 8, 2015
Verified Purchase
When I first started to read this book I wasn't real sure what to expect or if it would even interest me. I do not mind books that are about the world changing drastically and everything we always knew is no more or different but the complete Armageddon is not my favorite.
This book is definitely an exception. Rachel has just turned sixteen and she is in the warrior group due to her genetic gene make up. Living with out her mother because she was killed and a dad that is a drunk due to her death has left her feeling all alone. She has her best friend and her family that treat her very well.
Her first assignment above ground is the do a mission by herself. This is not normal and she finds out is due to her dad abandoning his job and everyone getting killed on the team.
Jason is a werewolf that is a pack that is not killers anyone. Rachel falls for him and his dad leaves her to fight vampires and werewolves who are evil. When she returns home she finds out Chad has always wanted her just waited for her to age.
Plots and twists. Love and betrayal. These are just a few you will find in this book. Rebecca has done an awesome job in telling this story. I know I will follow this series to see what happens next.
Read more
Helpful
Comment Report abuse

Pam Louis
5.0 out of 5 stars Awesome story wow
Reviewed in the United States on June 6, 2017
Verified Purchase
Rachel has spent her whole life living underground in a habitat called Genesis. The story takes place in a time that werewolves and vampires have taken over the earth AND humans hide but thier are ome humans with a Gene in thier DNA that makes them different and able to hunt and fight the monsters. They are called the Warriors. This is the adventure of one 16 year old girl who is sent on her first mission and she was sent alone.
I normally don't read anything in the young adults genre BUT it was written by an author who has fast become one of my favorite writers. So here I am and WOW it was awesome! I love the characters and how the interactions and development. Highly entertaining! The action was super fun and the twist and turns had me at the edge of my seat. Don't miss it
Voluntarily reviewed a copy and I honestly loved it.
Read more
Helpful
Comment Report abuse
See all reviews from the United States