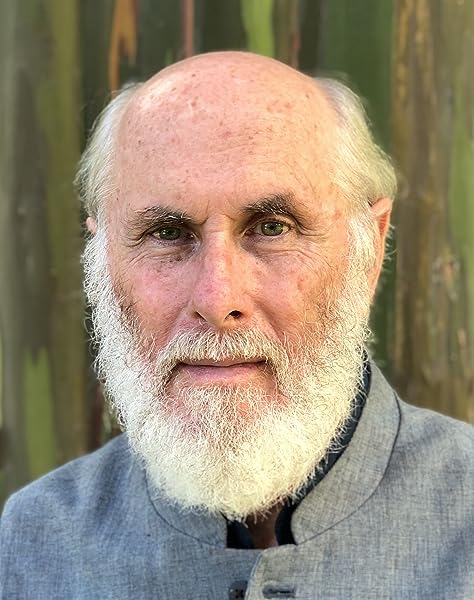 by David Frawley (Author) Format: Kindle Edition
See all formats and editions
Sorry, there was a problem loading this page. Try again.
Inner Tantric Yoga presents the deeper tradition of Tantra, its multidimensional vision of the Divine and its transformative practices of mantra and meditation that take us far beyond the outer models of how Tantra is usually presented today. The book can expand your horizons about masculine and feminine energies, Self and world, universe and the Absolute into a living experience of the Infinite and Eternal both within and around you.
Read more
Previous page
Next page

Dr. David Frawley (or Pandit Vāmadeva Śāstrī वामदेव शास्त्री) is a Vedic teacher and educator who is the author of over forty books in several Vedic and Yogic fields published worldwide over the past thirty years. He is the founder and director of the American Institute of Vedic Studies (www.vedanet.com), which offers on-line courses and publications on Ayurveda, Yoga, Vedanta, mantra and meditation, and Vedic astrology. He is involved in important research into ancient Vedic texts and is a well known modern exponent of Hinduism and Sanatana Dharma. He has a rare D.Litt in Yoga and is a recipient of the prestigious Padma Bhushan award, one of India's highest civilian awards for "distinguished service of a higher order." His work is highly respected in traditional circles in India, as well as influential in the West, where he is involved in many Vedic and Yogic schools, ashrams and associations.

J. Mark Tuthill
5.0 out of 5 stars Blow me away!
Reviewed in the United States 🇺🇸 on November 19, 2022
Verified Purchase
The book was such an expansion to my thinking and tantric practice. As always, Dr. Frawley is so clear, articulate and also simply human. I love his writings and teachings. I appear to be on a bit of a learning binge as I have caught the train a bit late. I am impressed that these teachings are still looking to find a place in studio practice, and blessed to have teachers in my area that embrace these principles and teachings. I learned so much reading this authoritative, yet accessible text.
Read more
Helpful
Report abuse

Emilie A. Gosline
5.0 out of 5 stars Super western explanations for esoteric Hindu concepts
Reviewed in the United States 🇺🇸 on January 3, 2009
Verified Purchase
That Dr. Frawley (Vamadeva) comes from the lineage of the widely respected Ramana Maharsi is a plus for me. And when I learned that he was originally raised a Catholic I knew that he has also grappled with Western theology.
The soul, God and the angels all have counterpart Sanskrit meanings and he explains why there is a great pantheon of gods and goddesses which are really part of Shiva, another name for the One who is beyond all conceptions.
What I really liked were the sections about the seventh element (yes, there are more than five, although it could also be a seventh and final plane to me because it fits in with Vianna Stibal's Theta Healing concepts), advice about the safe ways to raise the Kundalini, why Rudra is beyond all duality, the explanation for the terrible Chhinnamasta, (who cut off her own head) and the concise meanings of all the related mantras for the various aspects of Shakti. He also gives the best description I have ever found for the Hridaya chakra, sometimes known as the eight-petaled secret chamber of the heart. I had already spent a great amount of time searching on the internet regarding this.
If there is any fault with the book, I would have liked a little more about how to pronounce certain Sanskrit syllables, such as the difference between the long A, I and E.
Read more
77 people found this helpful
Helpful
Report abuse

Sivakumar Patibanda
5.0 out of 5 stars A Usefull Book
Reviewed in the United States 🇺🇸 on December 18, 2009
Verified Purchase
This is a wonderful book for anyone who is taking his/her first steps on the tantric path of yoga. I enjoyed reading this book. It filled the gaps in my knowledge, and clarified doubts. It provided the rationale behind some of the common tantric practices. As a Hindu, I was reassured that the concepts that I grew up with are valid. Dr Frawleys book provides insights in to deeper aspects of tantric devotion. The author dwells in considerable detail on various facets of Shaktis and thus provides the serious practitioner with enough content to begin earnest worship. This book clearly shows that "Shakti" worship can ultimately lead to non duality.
Inner Tantric Yoga: Working with the Universal Shakti: Secrets of Mantras, Deities, and Meditation by David Frawley is an indispensable volume for collection on Tantra.
Read more
41 people found this helpful
Helpful
Report abuse

Mihir
5.0 out of 5 stars Om shakti
Reviewed in the United States 🇺🇸 on February 14, 2020
Verified Purchase
Love it. Very insightful. Read this in pair with Lalita sahasranama to understand Para Shakti who is the Brahman herself.
Read more
2 people found this helpful
Helpful
Report abuse

Paully
2.0 out of 5 stars Not a book that really stood out to me.
Reviewed in the United States 🇺🇸 on September 21, 2013
Verified Purchase
If you are the type of person who has read many books on the subject of tantra or been exposed to genuine tantra as relayed from a qualified teacher I don't think this particular book will really stand out as presenting anything from a new perspective .Although a few mantras are presented along with a couple of yantras the book seems to lack an instructional nature as implied by its title - "Working with The Universal Shakti : Secrets of Mantras , Dieties and Meditation" . Although it does go into a decent explanation of some tantric concepts, some of the classifications of and meditations upon the different forms of shakti seem more psychological in nature . Tantra is not just constantly repeating mantras and staring at a yantra . There is much more to the practice than meets the eye.
Read more
7 people found this helpful
Helpful
Report abuse

Roberto
4.0 out of 5 stars Good book
Reviewed in the United States 🇺🇸 on March 24, 2016
Verified Purchase
Great teachings for the yoga practitioner. Deals with agni and Soma and the blossoming of the clown chakra into the heart chakra. Brings you back to your own heart containing the energies of the universe.
Read more
5 people found this helpful
Helpful
Report abuse

Felix Hernandez
5.0 out of 5 stars Wonderful wisdom from a Western master
Reviewed in the United States 🇺🇸 on February 24, 2019
Verified Purchase
This is a very illuminating book that goes beyond the subject of kundalini and the seven chakras. There is much in this book that I’ve not seen anywhere else.
Read more
5 people found this helpful
Helpful
Report abuse