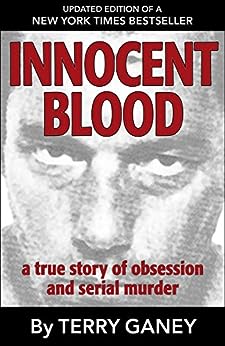 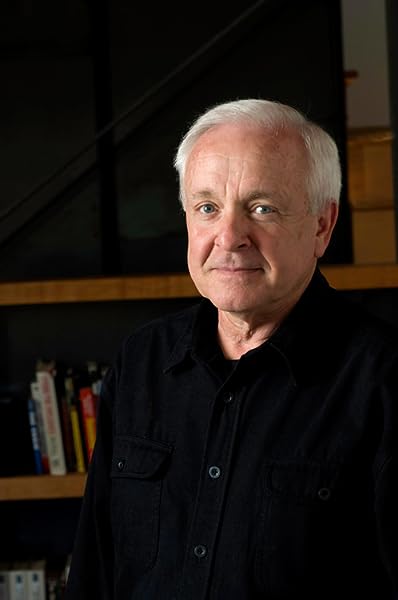 Terry Ganey is a bestselling author, freelance writer, and dogged pursuer of facts. As a journalist for the St. Louis Post-Dispatch, he was a finalist for the Pulitzer Prize in investigative reporting.

Chris Andrew Ciulla, an Earphones Award-winning narrator, is a credited actor, host, voice actor, producer, boxing commentator/analyst, and radio personality. In addition to frequent film, television, and on-camera commercial work, he has voiced characters for the popular video game titles Fallout 4 and Mafia III and can be heard in national commercial campaigns. A versatile performer with over fifteen years of experience, he has dedicated his life to entertaining people.

4.1 out of 5 stars
4.1 out of 5
73 global ratings
How are ratings calculated?
To calculate the overall star rating and percentage breakdown by star, we don’t use a simple average. Instead, our system considers things like how recent a review is and if the reviewer bought the item on Amazon. It also analyzes reviews to verify trustworthiness.
Top reviews

First, I'll get the "cons" out of the way. Admittedly, there are some editing errors in the book. Although, they do not detract terribly from the storyline, I'm appalled that a second edition of this book was produced without getting all necessary corrections made first. This story and the overall writing are too good to have been handled so carelessly.

Then the "pros" are many. To begin with, there are two overlapping storylines, which gives the book complexity and keeps things interesting. Also, the reader quickly becomes engaged from the first page.

The story starts with the kidnap, sexual molestation, and murder of a 4-year-old boy named Eric Christgen in St. Joseph, Missouri.

Following is the erroneous arrest and conviction of a young man named Melvin Anderson for the crime, primarily because he's thought to be gay. And gay is the equivalent of paedophile in the mind of small town law enforcement in the 1970's. The manipulative tactics used by police to get a false confession and conviction are infuriating.

Then the second part of the storyline deals with the lifelong history of the true predator, Charles Ray Hatcher. In a nutshell, he's creepy, violent, and one of the weirdest predators I've ever read about. He also proves to be a cunning, paedophilic sociopath who is capable of feigning mental illness, manipulating forensic psychiatrists, and avoiding law enforcement detection for so long due to the use of multiple aliases. Hatcher is crazy alright--crazy like a fox.

Without divulging any more of the storyline, suffice it to say, Haney has simply written a book I couldn't put down. Kudos to the author for shedding light on such a complex set of circumstances and case. P. S. Please hire a new editor!
Read more
10 people found this helpful
Helpful
Report abuse

sallyb
4.0 out of 5 stars Engrossing story
Reviewed in the United States on April 16, 2017
Verified Purchase
One sicko caused so much misery and played the system for so long that it took his own admission of guilt to bring about the sad justice that finally took place. The author researched this monster and his long path of crime from car theft to child murder, from juvenile detention to jail then asylum and back to prison. A murderer's odyssey.
The innocent suffered not only at his hands but at the hands of our legal system and the assembly line style law enforcement used to close the case, forcing a confession regardless of the facts. I shook my head often while reading this book. It was an engrossing read, true crime fans win love.
Read more
6 people found this helpful
Helpful
Report abuse

neilorie
4.0 out of 5 stars Detailed Account
Reviewed in the United States on March 7, 2017
Verified Purchase
This was a very good read, chronological and well paced. Unbelievable suffering for the victims, their families and the wrongly accused. The justice system failed as it oftentimes does, but was at least finally corrected. Hatcher was a monster, leaves one with questions as to which was worse, his dysfunctional life or the legal/medical establishment. Or rather, who bears the brunt of responsibility more. He should have been stopped much sooner. Recommended read for true crime enthusiasts. Lorie S.
Read more
10 people found this helpful
Helpful
Report abuse

Bridget Mcmullan
5.0 out of 5 stars Great read
Reviewed in the United States on July 26, 2017
Verified Purchase
Story flowed great. Was easy to read. Held interest. I lived in St Joe most of my life was in high school when Eric was killed and I remembered some of this but did not know the full story. So sorry for the families that had to live though this and are still dealing with it all
Read more
One person found this helpful
Helpful
Report abuse

Mao Dom
5.0 out of 5 stars As the pendulum swings back...
Reviewed in the United States on August 25, 2017
Verified Purchase
...and once again we are being told to sympathize with criminals, it is instructive to look back on this most evil man who was repeatedly caught & turned loose to rape & murder children the last time our justice system listened to academics. It is an infuriating but brilliantly direct story.
Read more
One person found this helpful
Helpful
Report abuse

Gran Wilson
5.0 out of 5 stars Recommend highly.
Reviewed in the United States on October 25, 2020
Verified Purchase
Could tell a great deal of research and accounting obtained in writing of book. Hopefully, many children and adults alike are saved with new laws and knowledge of serial murderers.
Read more
Helpful
Report abuse

Amazon Customer
5.0 out of 5 stars WOW. Just WOW
Reviewed in Australia on March 31, 2017
Verified Purchase
I could not put this book down.
The cunning & evilness of this multiple murderer, was chilling to read.
The actions of law enforcers to willingly incriminate an innocent man, has to be read to be believed.
A chilling book.
WOW. Just WOW
Read more
2 people found this helpful
Report abuse

L Noble
5.0 out of 5 stars A Horror Story
Reviewed in Australia on July 14, 2017
Verified Purchase
An extremely well written book about a serial killer who should never have been allowed to walk among us. Riveting!
Read more
Report abuse
See all reviews