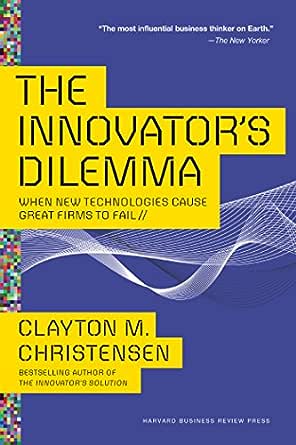 You've subscribed to The Innovator's Dilemma Series! We will preorder your items within 24 hours of when they become available. When new books are released, we'll charge your default payment method for the lowest price available during the pre-order period.
Update your device or payment method, cancel individual pre-orders or your subscription at
Your Memberships & Subscriptions
There was an error. We were unable to process your subscription due to an error. Please refresh and try again. 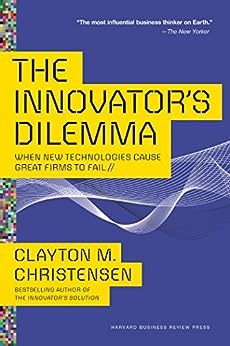 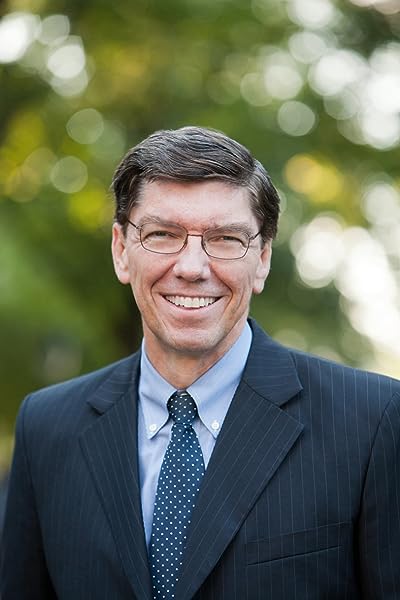 The Innovator's Dilemma: When New Technologies Cause Great Firms to Fail (Management of Innovation and Change) Kindle Edition 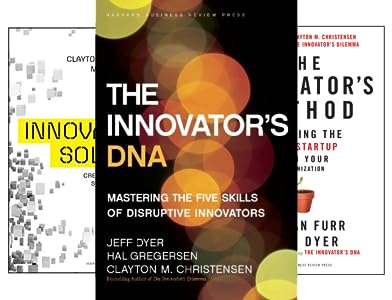 What do the Honda Supercub, Intel's 8088 processor, and hydraulic excavators have in common? They are all examples of disruptive technologies that helped to redefine the competitive landscape of their respective markets. These products did not come about as the result of successful companies carrying out sound business practices in established markets. In The Innovator's Dilemma, author Clayton M. Christensen shows how these and other products cut into the low end of the marketplace and eventually evolved to displace high-end competitors and their reigning technologies.

At the heart of The Innovator's Dilemma is how a successful company with established products keeps from being pushed aside by newer, cheaper products that will, over time, get better and become a serious threat. Christensen writes that even the best-managed companies, in spite of their attention to customers and continual investment in new technology, are susceptible to failure no matter what the industry, be it hard drives or consumer retailing. Succinct and clearly written, The Innovator's Dilemma is an important book that belongs on every manager's bookshelf. Highly recommended. --Harry C. Edwards --This text refers to an alternate kindle_edition edition.

CLAYTON M. CHRISTIENSEN is an associate professor of business administration at the Harvard Business School. Prior to joining the Harvard faculty, he was chairman and president of Ceramics Process Systems Corporation. He holds degrees from Brigham Young University and Oxford University, where he studied as a Rhodes scholar. He lives in Belmont, Massachusetts.

DON LESLIE has appeared on and off Broadway as well as in over fifteen feature films and various episodic television shows. He is an accomplished audiobook narrator and also voices commercials, on-air narrations, and movie trailers.
--This text refers to an out of print or unavailable edition of this title.

“a holy book for entrepreneurs in Silicon Valley…” — Bloomberg BusinessWeek

Named one of "The 25 Most Influential Business Management Books" by TIME Magazine (TIME.com)

"I came very late to that book [The Innovator’s Dilemma]. I only read it six months ago. And I haven't stopped thinking of it ever since. – Malcolm Gladwell, FastCompany.com.

“Clayton Christensen’s The Innovator’s Dilemma (1997) introduced one of the most influential modern business ideas—disruptive innovation—and proved that high academic theory need not be a disadvantage in a book aimed at the general reader.” - The Economist
--This text refers to an alternate kindle_edition edition.

In this revolutionary bestseller, innovation expert Clayton M. Christensen says outstanding companies can do everything right and still lose their market leadership—or worse, disappear altogether. And not only does he prove what he says, but he tells others how to avoid a similar fate.

Focusing on “disruptive technology,” Christensen shows why most companies miss out on new waves of innovation. Whether in electronics or retailing, a successful company with established products will get pushed aside unless managers know when to abandon traditional business practices. Using the lessons of successes and failures from leading companies, The Innovator’s Dilemma presents a set of rules for capitalizing on the phenomenon of disruptive innovation.

Sharp, cogent, and provocative, The Innovator’s Dilemma is one of the most talked-about books of our time—and one no savvy manager or entrepreneur should be without.

A Wall Street Journal and Businessweek bestseller. Named by Fast Company as one of the most influential leadership books in its Leadership Hall of Fame.

“His book, one of the most significant business books of the past 50 years, became a mammoth bestseller, and its title entered the language.” — Fortune magazine

“This is an important read, even if you’re at the very early stages of growing a startup.” — Drew Houston, CEO, Dropbox

Praise for The Innovator’s Dilemma and Clayton M. Christensen:

Forbes
“[Clayton Christensen is] one of the most influential business theorists of the last fifty years.”

The Financial Times
“The Innovator’s Dilemma achieves a rare feat: It is at once a satisfying intellectual solution to a long-standing business puzzle and a practical guide for executives and investors.”

Wired
“. . . Required reading in Silicon Valley, where it has been championed by the likes of Steve Jobs, George Gilder, and Andy Grove.”

Bloomberg Businessweek
“A holy book for entrepreneurs in Silicon Valley . . .”

Fortune
“The notion of ‘disruptive technology’ is one of the timeliest ideas of the Internet age. Coined by Harvard Business School professor Clayton Christensen, it’s at the heart of his influential book The Innovator’s Dilemma.”
--This text refers to an alternate kindle_edition edition.

The author, an associate professor at Harvard Business School, asks why some well-managed companies that stay on top of new technology and practice quality customer service can still falter. His own research brought a surprising answer to that question. Christensen suggests that by placing too great an emphasis on satisfying customers' current needs, companies fail to adapt or adopt new technology that will meet customers' unstated or future needs, and he argues that such companies will eventually fall behind. Christensen calls this phenomenon "disruptive technology" and demonstrates its effects in industries as diverse as the manufacture of hard-disk drives and mass retailing. He goes on to offer solutions by providing strategies for anticipating changes in markets. This book is another in the publisher's Management of Innovation and Change series. David Rouse --This text refers to an alternate kindle_edition edition.

A Business Week Bestseller --This text refers to an alternate kindle_edition edition.

When new technologies become available, how do established companies take advantage of these innovations without disrupting existing relationships with customers and stockholders? The managerial formula that solves this dilemma is far from simple, but this abridgment of the author's 1997 book will be easily understood by anyone interested in technological revolutions. The clarity of these broad-brush ideas is just plain fascinating. The reader's gravity and dramatic precision will be distracting for many people, but only for the first few minutes. After that, the big ideas in this program take over and captivate the listener's attention. T.W. © AudioFile 2001, Portland, Maine-- Copyright © AudioFile, Portland, Maine --This text refers to an out of print or unavailable edition of this title.
Read more