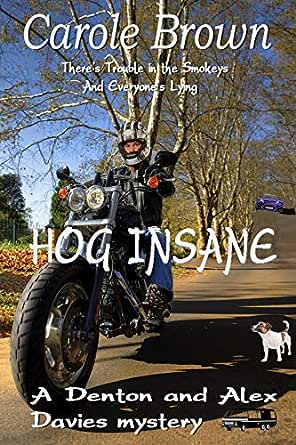 You've subscribed to A Denton and Alex Davies mystery! We will preorder your items within 24 hours of when they become available. When new books are released, we'll charge your default payment method for the lowest price available during the pre-order period.
Update your device or payment method, cancel individual pre-orders or your subscription at
Your Memberships & Subscriptions
There was an error. We were unable to process your subscription due to an error. Please refresh and try again. 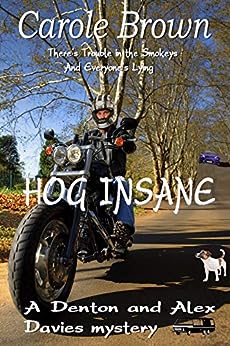 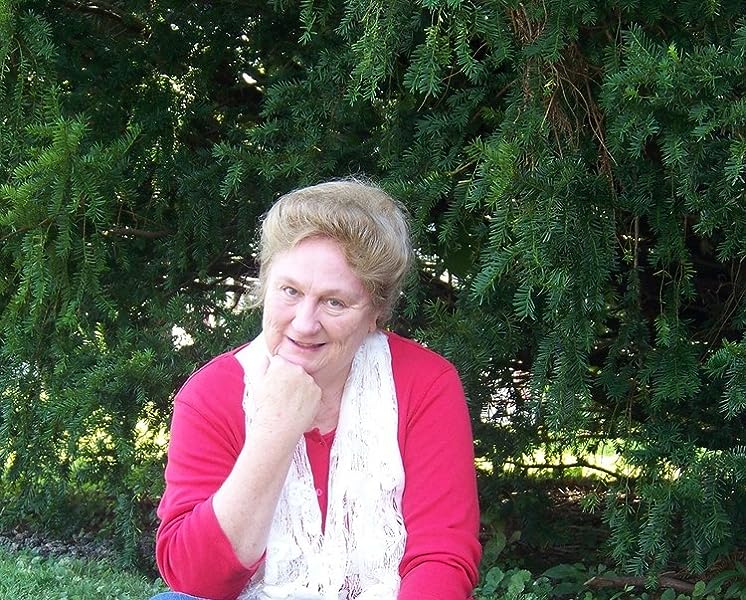 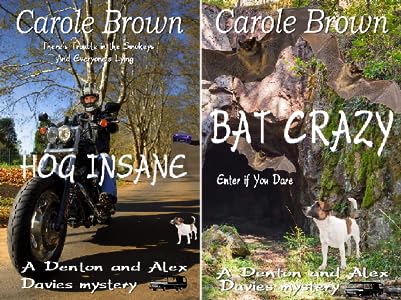 FUN to read! This realistic grandparent-age couple, 37 years wed, banter with affection. The more you read, the more you fall in love with them. They're reminiscent of Poirot and Miss Marple as retired senior citizens, blissfully married to one another, off on vacation only to stumble onto a murder scene. They nearly compete to uncover clues. Although being the corpse finder, Denton and wife Alex also become first suspects, followed by everyone at the RV camp. It's Agatha Christie-style sleuthing in Pigeon Forge to find a killer and a hog--the missing Harley.
Carole Brown offered readers an extremely tight-twisted cast of characters that come unraveled only during the staged crime revelation assembly led by Poirot (oops, Denton & Alex). The great crime writer Agatha Christie ended many of her bestsellers in this fashion.
Brown takes the sleuths a step further.
Murder was solved with chapters remaining.
Added disclosures surprised me as reader.
Then a heart-warmed final chapter lifted a 4.5-star mystery to a full 5-star FUN novel.
I'd recommend this to any Christian novel reader. Boys, girls, age 12 to 92.
--From an Amazon Reviewer, Harold Wolf

This novel began as a short story for a contest. Eventually I came back to it and developed it into a novel with plans for a series. Bringing in a touch of marital relationship was a subplot that is a pertinent topic in today's world and added interest to a couple who dearly love each other but find themselves disagreeing on so many things. This is a fun book and not intended as a serious mystery. Enjoy!

A dead body, a missing motorcycle, a strange key and dope are at the bottom of the trouble Denton and Alex Davies, and Taffy, their Jack Russell terrier, run into when they head for their first stop during their first stop in the Great Smoky Mountains. Early retired, all Denton wants to do is fish and recapture his wife's love. Alex wants her business back and definitely not the boring life Denton has planned.
Instead they find the body of Anthony Risler with a bullet hole in his head.
None of the campground people, or even Sheriff Riley, pretend to like Denton and his snoopy questions, and everyone seems to be lying. Denton figures Risler's missing bike has to hide some kind of evidence to incriminate the murderer.
Archie McGhee is self-centered and greedy enough to hide the motorcycle for the murderer, so why doesn't he know where the bike is now? The Stillwells, although good-looking and popular, brag way too much to suit the Davies. The expensive S-shaped, ruby watch, the Stillwells foist onto Alex ought to play into the mystery, but Denton can find no evidence of it. The gun-toting, drug-using man who chases Taffy knows more than he's telling and raises questions in Denton's mind even when forced to partner with him. Why is the sheriff ignoring obvious clues, and why would he leave a bribery note lying around where Denton's suspicious eyes can see it?
When Denton finds the keys with the strange looking C charm, Alex and Denton realize only their pastor's wife, back in Ohio, and the small, cherry wood box Risler gave her, can provide the final clue they need to reveal the killer.
Denton wrestles with his own personal demons of self-blame over his nephew's death while riding a bike. Alex resents Denton riding roughshod over her wishes. When he thinks her love is fading, Denton's determined to woo her back. But if he doesn't find the young man's murderer, their love may stretch to the breaking point.

Brown not only has her debut novel, The Redemption of Caralynne Hayman (a Selah Award finalist and a Genesis semi-finalist), available for purchase now, but a companion book called West Virginia Scrapbook: From the Life of Caralynne Hayman, filled with tidbits of information about West Virginia, quotes, recipes from West Virginia and from Caralynne's life, pictures and discussion questions for the novel. On November 18, the first book in her mystery series, Hog Insane, released. It's a fun, lighthearted novel introducing the characters, Denton and Alex Davies.

Besides being a member and active participant of many writing groups, Carole Brown enjoys mentoring beginning writers. She loves to weave suspense and tough topics into her books, along with a touch of romance and whimsy, and is always on the lookout for outstanding titles and catchy ideas. She and her husband reside in SE Ohio but have ministered and counseled nationally and internationally. Together, they enjoy their grandsons, traveling, gardening, good food, the simple life, and did she mention their grandsons?
Read more