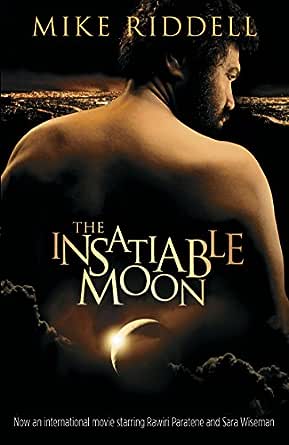 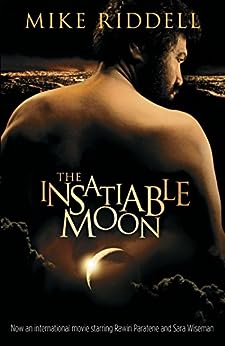 vespa
5.0 out of 5 stars IN ONE WORD - STUNNING
November 5, 2012
Format: Kindle EditionVerified Purchase
THE INSATIABLE MOON - I wish I had written this one. It is just a piece of pure magic. Having watched the movie I had downloaded this book onto my Kindle before I went to bed, and I am glad I did. After reading it I couldn't let it end, so I went back to page 1 and read it all over again. It is absolutely fantastic, based on fact, and in a town I knew and loved and frequented - Ponsonby. I probably saw Arthur and his asorted eccentric crowd or their like. The love scene Arthur plans is so tender and beautiful. The author's use of words is economic, straight to the heart, quirky, loving, hypnotic, sad, thrusting, and any other word that describes a masterpiece. If you don't read this book you are missing out on one of the most marvellous books to come from anyone's pen.
Read more
One person found this helpful
Helpful
Comment Report abuse

Karen Taylor
3.0 out of 5 stars Liked the book
January 24, 2016
Format: Kindle EditionVerified Purchase
Liked the book.Followed a predictable storyline but the main idea of what can happen if you follow your heart stays with the reader. Believeable love scenes.
Read more
Helpful
Comment Report abuse

Amazon Customer
4.0 out of 5 stars A delightful read
November 20, 2002
Format: Paperback
The Insatiable Moon, by New Zealand author, Michael Ridell, is the story of Arthur, a huge Maori man, ex-psychiatric patient, and second son of God.

Arthur lives in Bob's boarding house in Ponsonby, a crumbling, overcrowded halfway house, peopled by a rag-tag group of alcoholics, loonies and other injured and vulnerable people, including a paedophile who has paid his dues, and is desperately fighting his nature to avoid repeating his offence, and run by an aggressive, crude, but ultimately kind and caring guy, who does what he does because his father did it, and if he doesn't look after this bunch, who will?

Because all of these men are part of the Care in the Community initiative that has spread across the western world - the government policy of removing the mentally ill from institutions and basically leaving them to fend for themselves as best they can. Of course, the phrase Care in the Community is an oxymoron - the community doesn't care, and in fact, being a newly wealthy suburb, the Ponsonby community in particular only care to shove the problem somewhere else.

Arthur pursues a quest to find the Queen of Heaven, impregnate her, and spread his father's word, and in doing so, he comes to the attention of Kevin, a doubt-riddled clergyman who runs a drop in centre, and through him, Karen a bitchy, self-serving TV journalist.

These two are particularly (and permanently) affected by their contact with Arthur, though, truthfully, almost nobody who meets him in the course of the narrative is left unchanged by their interaction.

Despite tragic and genuinely moving elements, this is by no means a depressing book. Its characters are warmly drawn, especially the whanau of psychs at Bob's place, and the writing is full of passion and really funny humour. There isn't a person featured here you can't believe in, even the lascivious angels watching over the drama, and Arthur is... right, somehow.

What makes this whole book more amazing (apart from a really, really good sex scene, covering six full pages) is that, skating right on the very edge of outright blasphemy, it was written by a Baptist Minister - and it hasn't been decried by the Christian community. It's accessible to believers and non- believers alike, and explores issues of faith, rather than poking fun at the concept.

It's also a great read for pure entertainment.

Rights to produce the book as a film have recently been purchased by Fin du Jour. Buy it, read it, and be sure to catch the movie when it comes out.