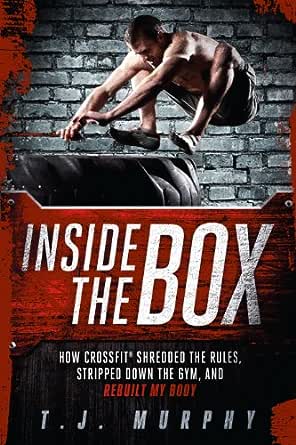 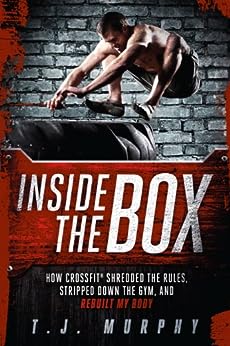 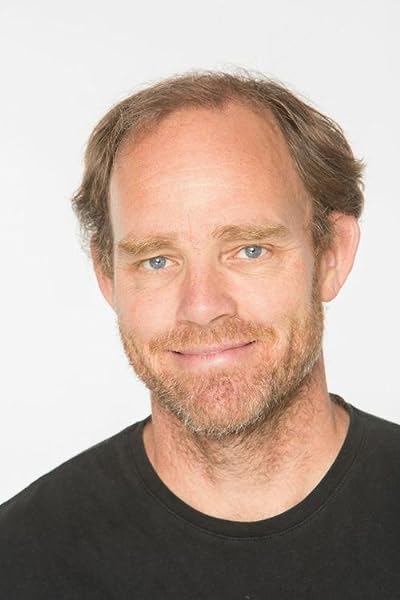 Inside the Box: How CrossFit ® Shredded the Rules, Stripped Down the Gym, and Rebuilt My Body Kindle Edition

"Laced with self-deprecation and sharp observation, [Inside the Box] reads as a CrossFit origin story. Throughout the book Murphy is most compelling as a cultural guide. With uncanny "noticings"  and clever descriptions he pulls you into the CrossFit community, its people and its ethos. As a forceful diary, Inside The Box speaks to those merely curious about CrossFit and to the fire breathing monsters hooked on its potent thrill. Vibrant and life-affirming, Murphy urges the reader on."  -- WOD Talk magazine

"For me, Inside the Box was like a walk down memory lane. I highly recommend it to anyone who has been considering starting CrossFit but just hasn't been sure if it's right for them."  -- Greg Amundson, the original CrossFit Firebreather, former SWAT officer, and founder of the CrossFit Goal Setting Course

"Murphy's experience [in Inside the Box] is one that will be lived thousands of times in the coming years. It is an awakening not only of the physical but of consciousness to one's ability and what is possible. He eloquently takes you on the ride of finding community and bringing purpose back into one's own life."  -- Brian MacKenzie, founder of CrossFit Endurance

"Inside the Box made me very nostalgic of my own beginning with CrossFit. And it really made me proud of this community that I am involved in. CrossFit is unique as a sport, but even more special because of the community it has created. Inside the Box is a wonderful representation of why and how we are all so dedicated to our own fitness, but more importantly, to the success of our peers."  -- Annie Sakamoto, CrossFit trainer and elite athlete

"In his book Inside the Box, journalist T.J. Murphy goes deep into the high-intensity, gut-testing world of CrossFit."  -- ESPN.com

"Interwoven with [Murphy's] personal journey is the backstory on CrossFit and its evolution, along with the tales of other CrossFitters he met along the way" ¦For anyone who hasn't experienced CrossFit, it's hard to understand what goes on inside the gym, but this book does a good job explaining it."  -- Duathlon.com

"In his book, Murphy also does an effective job of explaining what a typical CrossFit "box"  (an actual gym) looks like, what a CrossFit experience is bound to be like for the first-timer (humbling and exhausting, and, depending on the first-timer's nature, either utterly addictive or completely off-putting), and the importance of community in contributing to CrossFit's popularity."  -- BreakingMuscle.com

T.J. Murphy is a veteran journalist, endurance athlete, CrossFitter, and former editorial director of Triathlete, Inside Triathlon, and Competitor magazines. He is author of Triathlete Magazine's Guide to Finishing Your First Triathlon and contributor to Start to Finish: 24 Weeks to an Endurance Triathlon. His writing has also appeared in Outside magazine and Runner's World. He is a five-time IronmanÃƒ €š ® finisher and a 2:38 marathoner. --This text refers to the paperback edition.

ENTER THE WORKOUT REVOLUTION.
When veteran journalist T.J. Murphy joined a local CrossFit® gym, it wasn’t to chase a story. Hobbled and limping, the 47-year-old felt more like 100, with legs wrecked from years of running.
Desperate to reclaim his fitness and strength, he signed up with nothing to lose. In Inside the Box, Murphy puts his body to the test to find out whether CrossFit really works.
IS IT HEALTHY? IS IT EFFECTIVE? IS IT CRAZY?
From humble roots in a California garage to more than 4,000 gyms today, CrossFit is the gritty grassroots fitness movement that is fast making converts across the globe. Forget chrome, video screens, and glitzy settings; CrossFit happens in rough-and-tumble spaces called boxes, with workouts forged from an eclectic mix of gymnastics, weight lifting, track and field, and plyometrics—pitting athletes against each other to earn the day’s top score.
In this intense atmosphere where fitness is sport, Murphy discovers a surprisingly tight-knit crew—soldiers, soccer moms, police officers, adrenaline addicts—all striving to sweat, suffer, and see who can push themselves farthest.
With ferocious dedication to training and diet, CrossFit’s devotees seem to be literally reshaping themselves from the inside out. But does CrossFit live up to the hype_ Inside the Box investigates the merits of this countercultural movement that is transforming lives as it takes the fitness world by storm.
T.J. MURPHY is a writer, veteran endurance athlete, and CrossFitter and the former editorial director of Triathlete, Inside Triathlon, and Competitor magazines. His work has also appeared in Runner’s World and Outside magazines.
--This text refers to the paperback edition.
Read more